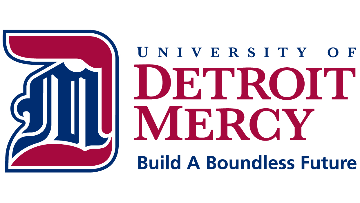 Apply (the link will open in a new window)

An Invitation to Apply

University of Detroit Mercy (Detroit Mercy), a Catholic university in the Jesuit and Mercy traditions, seeks a visionary and strategic academic leader to serve as its 26th President. Founded in 1877 by the Jesuits as the University of Detroit, Detroit Mercy is Michigan’s oldest, largest, and most comprehensive Catholic university. In 1990, University of Detroit and Mercy College of Detroit, founded in 1941 by the Religious Sisters of Mercy, consolidated to become University of Detroit Mercy. As a result, Detroit Mercy is one of the few universities in the world that combines the centuries-old commitment to education of the Society of Jesus and the Religious Sisters of Mercy. The two charisms, rooted in the Gospel and the traditions of the Jesuit and Mercy sponsors, strengthen and support each other in their vision of building competent, compassionate leaders ready to serve communities throughout the world. Detroit Mercy provides excellent student-centered undergraduate and graduate education in an urban context where students learn compassion and respect for all voices, especially those that are often muted. Moral and ethical issues are considered with academic and professional disciplines in an education that seeks to integrate the intellectual, spiritual, ethical and social development of students. Collaboration across outstanding programs provide students a local and global vision, helping them understand the difference they can make in their field and the world.

The next President of Detroit Mercy will inherit an energized institution that has been strengthened in significant ways under its current President, Dr. Antoine M. Garibaldi. Dr. Garibaldi, the institution’s first lay and African American president, recently announced his decision to step down at the end of June 2022 after a decade of leadership. Under his leadership, the University’s endowment has grown from $25.9 million in 2011 to more than $94 million today, a 360% increase. This impressive endowment growth is in large part the result of a successful capital campaign that exceeded its goal of $100 million and raised $114.6 million a year ahead of schedule in December 2019. Over the last decade, the campus infrastructure has also grown tremendously, including the acquisition of the 40,000 square foot Novi campus, which will be the home of future professional development programs, and a $56 million investment in the McNichols Campus facilities.

The next President will build upon this exciting upward trajectory and positive momentum. The ideal candidate will be a superb administrator and academic leader, extremely cognizant of the challenges confronting higher education. They will envision and actualize opportunities for this University, which has a long history as a force for positive change for its students, the City of Detroit and the state of Michigan. The next President will need to possess the following ideal characteristics: an effective fundraiser; a track record of increasing management responsibility and skills that will assist the University in growing enrollment and retention; able to articulate the strategic vision of Detroit Mercy and ensure its increased fiscal strength; a champion of equity, diversity and inclusion; a pragmatic and intentional innovator who will work with the provost and vice president for academic affairs, deans, and faculty to launch creative new academic programs responsive to student and workforce demand; and a servant leader and a gifted relationship builder who will engage with community partners in the City of Detroit and beyond bringing new collaborative opportunities to the University and the region. The next President will be expected to lead, inspire and engage the University community and ensure that the Jesuit, Mercy and Catholic mission remains at the forefront of the institution.

The search committee welcomes Jesuits, Sisters of Mercy, other religious, and lay individuals as candidates. The willingness to embrace and represent Detroit Mercy’s Jesuit, Mercy and Catholic mission, intellectual traditions and values and the ability to inspire and engage others in this mission is paramount.

Confidential inquiries, nominations/referrals, and résumés/curriculum vitae with cover letters can be sent electronically and in confidence to:

University of Detroit Mercy is an Equal Opportunity Employer