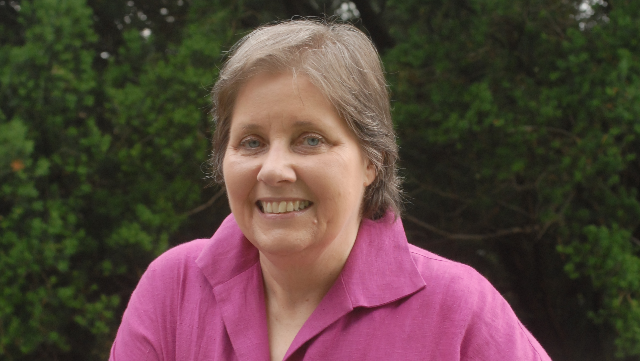 For the past four decades, Dr. Caitlin Ryan has pioneered research related to LGBTQ health and mental health. A clinical social worker with a doctorate in public policy and health policy, Ryan is the director of the Family Acceptance Project® (FAP), based at the Marian Wright Edelman Institute at San Francisco State University CA. FAP is a research, intervention, education and policy initiative that works to prevent health and mental health risks for LGBTQ children and youth.

Last fall, FAP released a study showing how conversion and/or efforts to change a young person's sexual orientation during adolescence contribute to multiple health and adjustment problems in young adulthood. It can lead to higher levels of depression and suicidal behavior, as well as lower levels of self‐esteem and life satisfaction. The research also showed that individuals who experienced conversion/change efforts had less educational attainment and lower socioeconomic status as young adults.

The report, “Parent‐Initiated Sexual Orientation Change Efforts with LGBT Adolescents: Implications for Young Adult Mental Health and Adjustment,” detailed that these consequences not only come out of so‐called “conversion therapy,” but can also occur as a result of parental or caregiver behavior.

By the early 2000s, there had been studies on gay and bisexual youth, but there was no empirical data on the family perspective. FAP was developed by Ryan and Dr. Rafael Diaz, also a clinical social worker, in 2002 and produced the first comprehensive study of LGBTQ youth and their families.

“I wanted to start a project that not only would conduct comprehensive research and look at different cultural issues, including religion, but also would create a family intervention model that would help diverse families learn to support their LGBT children, to prevent risk and promote well‐being,” says Ryan. “From the very beginning I wanted to do comprehensive work that would include outcomes in terms of an intervention model that would be used in all of the kinds of settings where children and adolescents are served.”

Ryan says it is deeply moving to see her fact‐based research incorporated into higher education in areas of medicine, psychology, social work and gender studies. Also, to see her work save lives and provide a roadmap for families with LGBT children has been rewarding.

The Negative Impact of Conversion

Conversion therapy still exists even though the American Psychiatric Association has stated trying to change a person's sexual orientation is unethical. Ryan's recent study notes that more than half of LGBT non‐Latino white and Latino young adults, ages 21–25, reported experiencing sexual orientation change efforts during adolescence. Of these, 21 percent reported specific experiences by parents and caregivers to change their sexual orientation.

“This study is especially important because it shows that efforts to change an LGBT child's sexual orientation start at home,” Ryan says. Family‐rejecting behaviors include things such as preventing a child from learning about his or her LGBTQ identity, refusing to allow the child to have an LGBTQ friend, parents saying they are ashamed of the child and publicly ignoring a child who appears to be LGBTQ.

“All of these behaviors are focused on changing, minimizing, denying, preventing or discouraging that child's LGBT identity or gender diversity,” says Ryan. “This study shows it's not just doing this with a therapist or religious leader, but it happens with parents and families, and it has a much broader negative impact.”

When such efforts are done at home, they are linked with a two times greater likelihood of attempted suicide or two times higher levels of clinical depression and other negative health concerns.

FAP, working with the Biden Foundation, is getting ready to disseminate posters that detail accepting and rejecting behaviors. These will be one‐page wall posters to educate and guide parents, families, providers and religious leaders on how to promote wellness and prevent risk for LGBTQ children and youth.

While Ryan considers her path nontraditional, it has included considerable engagement with the academy. After years working with and adjacent to the academy, Ryan says schools have come to understand not only the power and importance of work such as hers, but also the responsibility to study and provide comprehensive information on marginalized populations to improve health and well‐being.

Ryan says SFSU has a commitment to social justice and research in service of the community, so it deeply aligns with her personal mission. She has worked with SFSU faculty and faculty at other institutions on staff development and building capacity for adolescent health research. Ryan works with Diaz on research and intervention. They are piloting their family support model in a range of different intervention settings.

“Together we've convened community education events that bring adolescent health research to the community,” Ryan says. “I've worked with many students over the years, including hiring them on our research team, to work on our projects and events. I've lectured in classes and participated in university events.”

Ryan has been producing multicultural, multilingual family education resources that include best practices for suicide prevention. Collaborating with an award‐nominated filmmaker, she made short documentary films with ethnically and religiously diverse families that show how families with LGBT children move from struggle to support. Working with the counseling department at SFSU, they put on a film festival that included a presentation on the research and how they've applied it.

“We screened two of our family education and intervention videos and we had a panel of students and one of the counselors from the SFSU counseling center to talk about the critical role of families in students' lives and resources on campus for mental health and student support,” says Ryan. “It was exciting to show an example of research in the service of social change.”