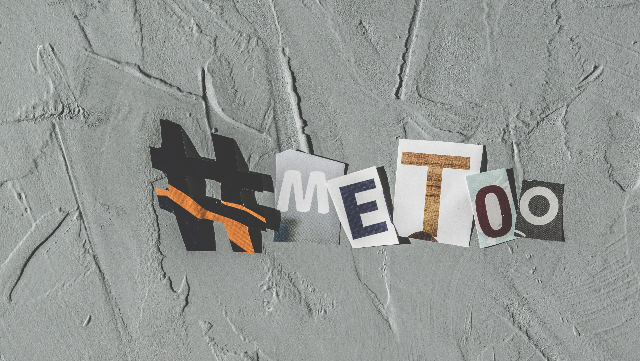 I attended the American Academy of Religion (AAR) annual conference for the first time in 2003, as a grad student. A colleague and I, both young white women, attended the members' reception together. Within minutes of our arrival, an older white man sidled up next to us, drink in hand, to ask us about what we studied. He openly leered at us. We managed to extricate ourselves from this “conversation” and left quickly. After that one reception, I decided to not go again because I didn't feel safe. I stopped going, mostly.

The AAR is my guild, my learned society, still, and their annual conference was supposed to be a space to discuss my research and have job interviews. But the conference was never really safe.

If I wasn't being hit on, there were also the gendered microaggressions. In panels—which were supposed to be about our scholarship—men commented on my appearance and gender, denigrated what I had to say, questioned my expertise and competency, dismissed me or offered hostile comments about my papers.

Fifteen years later, I still skip networking at receptions and meet‐ups for drinks or coffee with strangers. Now, I'm even wearier of how common sexual harassment is, especially in spaces supposedly dedicated to intellectual inquiry and professional responsibility.

At the AAR conference and some of its joint meetings, I felt out of place, and I'm a straight, white, cis, able‐bodied woman. I am privileged, and if I didn't feel like I belong, I could only imagine what the annual conference was like for already marginalized folks. For Chronicle Vitae years ago, I wrote about how academic conferences often are “hostile environments” for anyone who is not a straight, white, cis, able‐bodied man.

Some learned societies adopted statements of professional responsibility, codes of ethics or codes of conduct—which lay out appropriate behaviors—for their annual conferences. Codes of conduct are one way to communicate to all conference attendees, in a clear, coherent fashion, that harassment is not allowed or acceptable in any form. They also list the consequences for these behaviors.

The National Women's Studies Association (NWSA) has a code of ethics to help them “move toward our vision of a world of equality, respect, and social justice.” They emphasize accessibility and recognize institutional racism and white privilege as way to dismantle oppressive systems. The NWSA defines what nondiscrimination, harassment and nonexploitation are; there's no question of what these behaviors include. Violations are enforceable with sanctions or a termination of membership.

The American Sociological Association adopted an anti‐harassment policy for their annual meeting because “[h]arassment of colleagues, students, or other conference participants undermines the principle of equity.” The conference should be “a safe and welcoming conference environment for all participants,” and their policy also describes what expected and unexpected behaviors are. Violations of the policy mean removal from the annual meeting.

The American Political Science Association also has an anti‐harassment policy, which was created after a survey of their membership revealed that harassment happens at the annual meeting, especially to untenured faculty. Thirty percent of women who responded to the survey experienced sexual harassment. Their policy also clearly lays out unacceptable behaviors. (Are you noticing a pattern?)

And the Society of Biblical Literature (SBL) adopted a Professional Conduct Policy in November 2015, which not only clearly outlines what professional conduct means but also clearly defines what discrimination, harassment and sexual harassment are. More than that, the SBL proclaims its commitment to “discrimination‐ and harassment‐free environment” and lays out what disciplinary action will result for anyone who discriminates or harasses other people.

In February 2018, the AAR released a Statement of Professional Conduct. I hoped the AAR's statement would read similarly to the ones mentioned earlier. The statement promotes diversity, inclusion, respect, free inquiry, critical examination, transparency and academic excellence as parts of the profession and the responsibility of religious studies scholars. Scholars are reminded of their “professional obligation to treat others honestly, fairly, and with dignity” and to “diligently avoid any behavior or conduct that could exploit power or status differences.”

I expect that my five‐year‐old won't have a meltdown in the middle of Target, but he still does. I expected that I wouldn't experience sexual harassment from my office manager as a grad assistant, but I did. I expected that members of the AAR wouldn't leer at me or hit on me or comment on my appearance at annual meetings, but they did.

The AAR's expectations don't seem like enough, especially when the statement lists some “conduct inconsistent with our values” but doesn't take the time to define what each means. Instead, the statement focuses more on “positive examples,” and it isn't actionable.

The AAR's statement on professional responsibility could have done so much more, even if the organization does plan to work on an anti‐harassment policy in the future. A learned society would be clear about what acceptable conference behavior is and what it is not to eliminate harassment from their conference. Harassment shouldn't ever be acceptable.

What could learned societies, like the AAR, do to address harassment?

First, following the APSA's lead, the AAR should conduct a survey of membership that assesses the climate of the conference and explicitly asks about harassment, discrimination and assault at annual meetings and on members' campuses. We need to see the scope of the problem before we figure out how to address it. What I appreciate about the APSA is that after their survey revealed harassment, they decided no level of harassment, no matter how small, was acceptable. That's a model to emulate.

Second, the AAR should develop an anti‐harassment policy that clearly describes and defines acceptable behaviors and unacceptable ones, similar to the SBL's or NWSA's statements. We shouldn't expect that people will behave professionally. I have already given examples of how they don't. Make it clear what behaviors are professional and which are not. No level of harassment should be allowed, and the policy would detail how it will be enforced: removal from the annual meeting, not being allowed to attend the annual meeting or even a termination of membership.