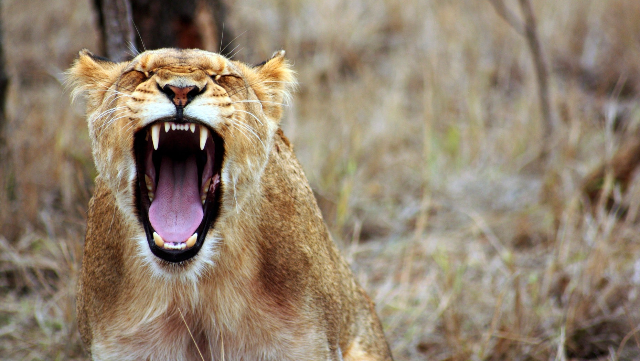 As a new year begins, I can't help but evaluate the year before, and 2018, for so many reasons, was a dumpster fire. It was a year I already wanted to end in March, so by December, I was more than ready for the year to pass and for a new one to begin. But the shift from one year to the next is not really a chance to wipe the slate clean, despite the chirpy, insistent resolutions that claim we can. The baggage of the previous year—years really—comes with us. We can't hit reset. I'm not sure we should want to.

And why wouldn't I? There's so much to be mad about.

As editor of Women in Higher Education, I pay attention to not only what's happening in higher ed but also what happens to women in the nation and around the globe. I pull together Newswatch, a collection of news briefs that summarize news related to women and higher education, for every issue. Each month, I get to figure out which examples of sexual harassment and campus sexual assault I'll include. There are always more examples than I have pages.

Each month, I read story after story of male professors sexually harassing and assaulting their students or junior colleagues, the male students assaulting their classmates as Betsy DeVos' Department of Education works to dismantle Title IX, the upper‐level administrators who protect harassers and assaulters and the school's brand, and the millions of dollars schools shell out for civil suits.

Each month, not only are there stories about the trauma and violence women endure, but also new studies that document gender gaps in pay, promotion and leadership, as well as the reports about how women shoulder the bulk of student loan debt. Newswatch makes me want to howl with rage and burn everything to the ground. Each month, I become a rage monster, even as I worry about what my anger might be doing to me.

And writing Newswatch, of course, is not all that makes me mad. All I have to do is listen to the news to become earth‐scorching angry. The administration is still separating families at the border. Mass shootings appear almost routine, though they should horrify us. Domestic violence still kills women at alarming rates but gets hardly any attention. The police have fatally shot 937 people in 2018, and black people are three times more likely to be killed by police. And a recent report on global climate change paints a bleak picture of the future of Earth, while some still try to claim it is not even real.

I'm not the only woman who is angry. And in Good and Mad: The Revolutionary Power of Women's Anger (2018), journalist Rebecca Traister documents how there is and has been a long line of angry women in American history who got mad about oppression and injustice and decided to do something about it. Examining suffragists, politicians, activists and reformers, both past and present, Traister shows what women's anger can accomplish, even as the white supremacist patriarchy works to contain it. Mad women led the way to “revolutionary social movements.” Their rage was not only justified but useful. When women get mad, they force the world to change.

Traister's book feels revolutionary because it counters the ways in which our culture limits women's expression of anger, refuses to hear it and penalizes women, especially women of color, for expressing it. After all, women, in particular, are told that anger is not good for us. It could damage our health, our relationships, our lives. Women's anger appears dangerous and to be avoided at all costs because, Traister notes, it threatens white men's authority. Women are discouraged away from anger because anger is not for us. White men can get angry; we expect them to. But women aren't allowed to get mad without consequences.

More than that, white women learn to hide their anger because of the privileges and opportunities that come from being attached to white men. White women learn to face the white supremacist patriarchy with a smile while choking on rage. Women of color get labeled as angry even if they aren't, and they pay the price for expressing anger in ways white women don't. And if women do get mad, we get labeled emotional, hysterical or out of control, or as trouble makers. Angry women aren't heard; we are dismissed. But we should be heard. Expressing our anger is powerful and necessary, but naming our anger and speaking truth isn't quite enough. Because, Traister emphasizes, we haven't yet learned to hear women's anger like we do white men's. We have to learn to hear angry women as well as acknowledge and respect it. Our fury is a reaction to how oppressive and unjust our world is. She writes, “Our job is to stay angry … perhaps for a very long time.”

Anger, then, is not what hurts women; it's the system that “penalizes us for expressing it.” Choosing to stay mad isn't a safe choice, even as it feels like a necessary one. And yet, I am not ready to play it safe. For 2019, I will hold on to my anger and hear the anger of other women. Our anger is revolutionary, so stay mad, readers.