How I (Sort of) Broke Up With My Phone 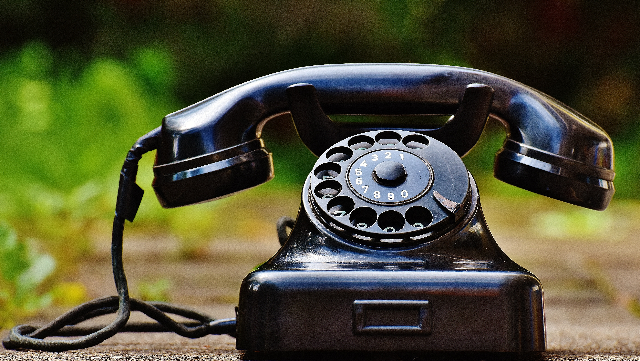 For the past couple of years, I've grown increasingly concerned about my relationship with my phone. To begin, the fact that I'm describing it as a relationship is an obvious red flag. I likely used to spend more time with my phone than I did with any of the human beings in my life, not always using it but with it at least by my side, within arm's reach.

Ironically, while on social media a few months ago, I saw a book being mentioned by several people I follow: How to Break Up With Your Phone (2018) by Catherine Price. Its tagline? “It's not you—it's your phone.” I bought it and let it sit in my to‐read pile for weeks, in large part because I knew with absolute certainty that there were ideas in that book that I did not want to face. Was I willing and ready to take the leap? Read on for more on my phone breakup, and for some ideas about how you can rethink the role your own phone plays in your life.

In “Part I: The Wake‐Up,” Price delves fearlessly into our screen culture, identifying the billion‐dollar business behind designing phones that are intended to addict us. Price writes that “we tend to blame our binges on a lack of willpower—another way of saying that we blame ourselves. What we don't realize is that technology designers deliberately manipulate our dopamine responses to make it extremely difficult for us to stop using their products.”

As I read more and more evidence demonstrating that my phone is not merely an object, but rather a tool Silicon Valley has designed to keep me a paying customer, I felt anger begin to boil in my stomach. Not only had I been wasting valuable time and brainpower spending hours on my phone, but I had been completely blaming myself for that decision. This was a big step in detaching from my phone and becoming willing to develop new habits. I am no longer willing to hand over control of my brain to any device, tech designer or corporation.

In “Part 2: The Breakup,” after being bombarded with a million reasons why it's so easy to get hooked to our phones, Price offers a 30‐day plan to break that addiction. The good news is that the program is gradual; you don't have to throw your phone out on day one, or ever. Rather, I began by noticing how often I was on my phone and how I felt before I reached for it, while I was using it and after I set it down.

As soon as I'd set the intention to consider my reason for using my phone, the strangest thing happened. I would catch myself tapping away on my phone without remembering the decision to use it in the first place. It had become a completely mindless move. When I'd “come to,” I would shake my head and practically throw my phone across the room, a bit freaked out that I could be drawn in so easily. After a few of those incidents, my willpower began to increase and I was able to pause before using my phone, sometimes still deciding to pick it up but other times taking a deep breath and doing something else instead (hello, huge pile of library books!).

That first week, I read one step each day and took things slow. Just noticing, however, was a powerful step toward making some very real changes.

Price does not advocate for complete abstinence, recognizing that our phones do bring numerous benefits and are often important to our careers. Rather, through the 30‐day program she's created, I was able to learn how to set boundaries for myself around how and when I use my phone. One major boundary: I said goodbye to most social media. For someone who was struggling with phone usage, social media apps are just too tempting and their lure is too powerful. While some people might be able to keep them on their phones and use them in moderation, I'm not that person. I still use Goodreads and LinkedIn, which give me a little taste of social connections, but I've found that I'm able to check them and then log off after a few minutes. This alone has been a huge change and has eliminated the bulk of the time I spend on my phone.

Another big change has been turning off 90% of my phone's notifications. I used to get constant buzzes and pings that would draw my attention toward my phone. No longer. I decide when I look at my phone, not the other way around. Price details various strategies to manage apps and notifications, including tons of practical suggestions about how to organize your phone and to use tech tools for good, rather than to stay hooked.

Today, as I write this piece, my phone still sits next to my laptop, the screen dirty with my fingerprints. I haven't yet completed Price's recommended 24‐hour technology fast. I still spend more time on my phone than I would like. I am a work in progress.

In the coming months, with winter bearing down, I don't anticipate making any more major changes to my phone use. Getting off social media has cut my phone time in half, at least, and I no longer find myself thinking in status updates. Instead, I take pictures on my phone just to capture the moment, rather than wondering about how many likes it will get. I am more present, and I like to think that I'm setting an example for my son, who will likely have to navigate devices that are even more addictive than our current phones.

My phone and I are still on speaking terms, but we're no longer in love. I save that emotion for the people, dogs and books in my life.