Feminist Resolutions for the New Year 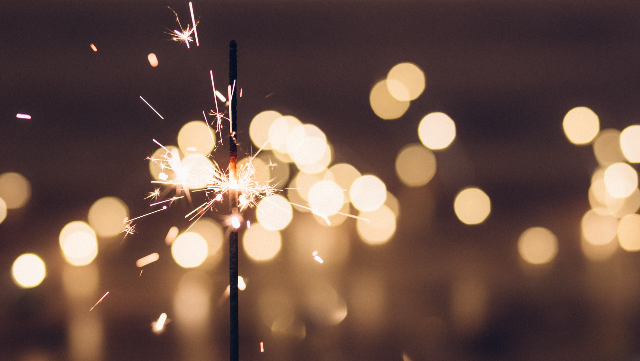 This article originally appeared in the February 2016 issue of WIHE, but it's about New Year's resolutions, particularly feminist ones, which seem as apt for 2019 as they did for 2016. Enjoy!

It's February, but I'm thinking about New Year's resolutions. The start of the new year is a moment to review the year before, decide what you want to accomplish for the next year and figure out what bad habits to drop. Anything seems possible at the beginning of the year.

Every year has passed without a new me, who equated happiness and success with my weight and how much academic work I completed. At the start of 2016, I decided I'm over that noise.

For years, my own resolutions revolved around weight, goals, feelings and career. On January 1, I would resolve to lose 10 or 20 pounds, find a tenure‐track job or finally be happy.

After the satisfied glow of resolving wore off, I felt worse about myself than I had before. When judging myself by society's vision of success, I felt like a failure. I critiqued my body and mind, and found myself wanting a different body, brain and life.

New Year's resolutions exist to tell us there's something wrong with who we are now. This ritual suggests that every self needs improvement: what will you be improving?

In 2015, the top resolutions were losing weight, followed closely by becoming organized, spending less and enjoying life to the fullest. Capitalism loves resolutions because you buy the equipment of a new you: fitness gear and equipment, diet plans and organizers. Then, you feel bad for spending more.

Only 8% of people achieve their resolutions. Obviously, something isn't working.

This year, I suggest a different approach. Instead of trying to match society's standards of femininity, beauty or success, start with the premise that you are enough.

Say it with me: “YOU ARE ENOUGH.” Right now. Right this minute. Don't let anyone tell you otherwise.

With that in mind, here are some resolutions for 2016:

This year, let's appreciate where we are, reach higher and be kinder to ourselves and others. Bring it on, 2016. We're ready!