No Playbook, No Problem 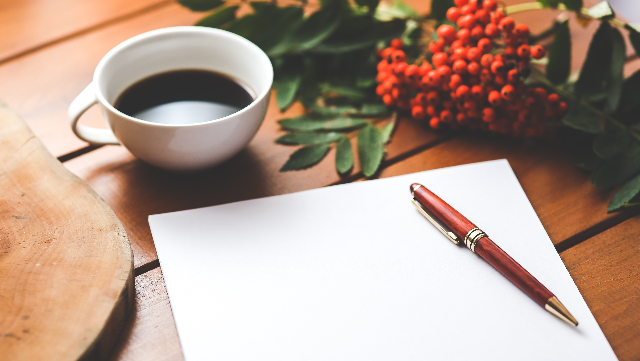 “There wasn't a playbook,” she says. “We had to write one as we went along.” In challenging personal or professional circumstances, Churchill has chosen to forge ahead with a mindset of positive thinking, reliance on teammates or mentors and a recognition that uncertainty is an inherent part of growth and change.

That willingness to forge a new path was instilled in Churchill from a young age. The first in her family to attend college, she was raised in Flint, Michigan, to two parents who told their kids that they could and should attend college; they just weren't quite sure how to make that happen. In particular, Churchill says, she felt the presence of her father's regret over his not having pursued a higher education. “When I did end up enrolling in college, I had to make a transition between doing it for my father and doing it for myself.” Churchill now remembers that transition and lets it inform her mentoring relationships with students, helping them to make the shift from external to internal sources of motivation.

Before Churchill started writing leadership playbooks, she was an eager student with a talent for seeking out people who could help her grow and learn. She sees in herself a person who was always willing to reach out for help and to seek wisdom from more worldly individuals. As a young child, one of her primary sources of wisdom was the local public librarian. Churchill recalls visiting the library each week and checking out a stack of books for her entire family. That librarian and those books opened up a world to Churchill that extended far beyond what she was surrounded by on a daily basis.

This formative experience is mirrored today when Churchill speaks of reading as one of her favorite ways to have fun. “I had gotten away from fiction for a while, but I've been better about it lately. I'm an early riser, so my bedtime is 8 p.m.,” she says. “I go to bed early and use that time to read.” Books are a source of leisure, and they are also woven into the fabric of who she is and will become.

While Churchill was once on the receiving end of mentorship, in the past two decades, she has become a widely recognized leader in higher education, particularly as it relates to women's leadership and advocacy. She is the co‐founding editor of the University of Venus, which created a space for women writers that had not existed until Churchill and Palladino created it. What is one of the most impactful parts of UVenus? The number of international contributors is noteworthy. “We created a space for these women from all over the world to tell their stories,” Churchill says.

How can women, busy with family and work responsibilities, make time to tell their stories in writing? “Support,” Churchill says. “I think writing groups are a really important resource for women. There are all different types of writing groups,” she says, “from formal critique groups to general accountability groups. I would encourage women interested in starting a writing practice to think about joining a writing group.”

Churchill's time management doesn't just apply to her writing; rather, it is part of a larger strategy to create a stable work‐life balance. “I do my best to stay off of email on the weekends,” Churchill says. “I was once part of a team where I was sending emails on the weekend. One of the team members told me that when I did that, it made them feel like they had to work on the weekend as well. That was a wake‐up call for me.” Churchill signs off on Friday afternoon and returns to work refreshed on Monday morning.

When prompted as to what other advice or thoughts she would like to share with WIHE readers, Churchill takes a deep breath and releases a long sigh. “Just be kind,” she says. “There is a lot of tension right now, even between politically like‐minded people. I think that everyone just needs to pause, to take a breath and to focus on being kind.”

These parting words, in light of Churchill's illustrious and prodigious career, speak volumes. Hers has been a career built not only on forging new paths, but in doing so while never straying from a central core of kindness, compassion and desire to act in service of others.