Women Also Know History, So Ask Them About It 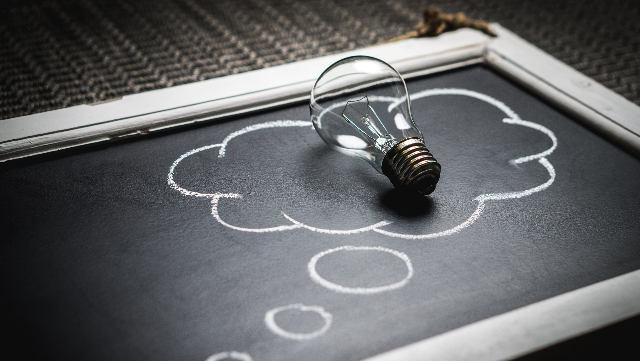 Data from the American Historical Society show that women now earn one‐half of the degrees awarded in history. But the discipline still has an outsized reputation as a profession of “old white men.”

A trio of women historians has set out to change that reputation with a media database and searchable website of some 2,500 women historians. Women Also Know History (WAKH) launched in June 2018 to highlight the work of women historians and scholars who present on women, gender and sexuality, said Dr. Keisha Blain, assistant professor of history at the University of Pittsburgh PA.

Blain, who is in her first year at Pitt after spending two years at the University of Iowa, is one member of the trio who developed the project. “I wanted to dismantle gender bias in the academy, but it's not easy,” she said, explaining her participation in the project.

Blain, who earned her PhD from Princeton University NJ, specializes in 20th‐century U.S. history. She also studies African‐American history, including the African diaspora, as well as women and gender studies.

Her book, Set the World on Fire: Black Nationalist Women and the Global Struggle for Freedom, was published by the University of Pennsylvania Press. She's also the president of the African American Intellectual History Society, as well as the senior editor of “Black Perspectives.”

Blain, along with Dr. Karin Wulf, professor of history and director of the Omohundro Institute at Virginia's College of William & Mary, and Emily Prifogle, who earned her JD from the University of California, Berkeley and is finishing her doctorate in the legal history of rural Midwestern communities at Princeton, saw a need to improve the status of women in the history profession. They mimicked the title as well as the format from the creators of Women Also Know Stuff, a website and database that showcases the work of women political scientists.

“We told them we would like to harvest their model,” said Wulf. “It doesn't necessarily fix the problem” of gender bias, said Blain, but “it provides a tool to find scholars who are doing work in different fields.”

“Women experience gender bias in explicit and implicit ways throughout their lives,” said Prifogle. It turns out that the seed for WAKH was planted very explicitly.

At a Hoover Institution–sponsored, invitation‐only history conference at Stanford University CA (where the public policy think tank is housed), all of the 30 panelists were white men. “It's not rare to see people organize panels and not include women,” said Blain, but that this still goes on in 2018 “shows how much work we have to do.”

Even though some organizations are encouraging people to consider race and gender when developing panels, “it's a pattern of behavior,” she said. “We hate the idea of someone coming to listen on a panel and find it odd that there were no women included.”

It's not only on panels at conferences where women get the short shrift. Women scholars are not cited as frequently as male scholars, and they appear less frequently on class syllabi.

Always on deadline and often needing to seek low‐hanging fruit, journalists quote sources that are overwhelmingly men. This online media and curriculum tool hopes to “show journalists you don't have to always go to the same sources,” said Wulf.

Wulf and Prifogle independently emailed the creators of Women Also Know Stuff asking for permission to use their template. A last‐minute scheduled presentation at the Berkshire Conference of Women Historians brought the three together in a round robin to discuss the feasibility of creating something similar.

“We super‐quickly ginned up the logo and got a Twitter handle and then launched the idea via social media,” said Wulf of the Berkshire meeting. The women spent a year developing the idea while Prifogle handled a social media campaign on Twitter and Facebook.

The first social media message Prifogle sent was a tweet, “#ILookLikeaHistorian.” In response, women sent her photos of themselves, which are now incorporated into the website's header.

WAKH is open to “anyone who identifies as female and whose primary occupation is historical work.” It's not necessary to be working in academe, and unlike the political science group, women need not have completed their PhDs.

“It's generally people who have completed their PhDs or who are in the process of doing it,” said Blain. But it can also include women doing archival work or those who are National Park Service historians.

Although it has support from William & Mary, WAKH is hosted on a free‐standing site. The trio has help from Maddison Rhoa, grad student at William & Mary, who is “womanizing” the back end of the project, said Wulf.

Over the next year, plans include building out the website to offer additional resources for women. This will include instructions on how to write op‐eds, how and why to respond to the media and how to push yourself into the limelight.

To learn more about WAKH, visit their site at https://womenalsoknowhistory.com/.