“Safety Lights Are for Dudes” 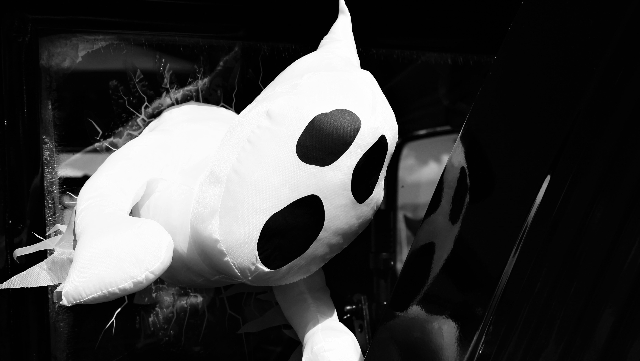 And if I'm being honest, I love the newer Ghostbusters too—even though reviewers didn't. The film also faced serious backlash online due to women being cast as the Ghostbusters. (Male fans of the original franchise claimed the reboot ruined their childhoods by casting women as the leads, which feels like a stretch to me.)

There are lots of reasons I found the film so funny and compelling. The protagonists are all remarkably smart, competent women. They are three white women and a black woman with defined personalities and quirks who become friends. Three of them have PhDs (and academia appears as a not‐too‐far‐off caricature)—though I remain annoyed that Patty wasn't also a scientist and PhD like her white counterparts.

Their hapless yet hilarious assistant, Kevin (Chris Hemsworth), can barely work the phones or even get coffee orders correct. He's a ripped white dude who wants to be an actor, of course, who manages to get himself into trouble. And by the end, women get to save not only Kevin, but also the world, or at the very least New York City. The film passes the Bechdel Test and even has a major action sequence, in which all the women wear coveralls rather than being in some state of undress. And for any of you who have never watched an action film, their covered bodies are far from the norm.

What I didn't quite realize until rewatching the original Ghostbusters was how radical the new film is.

Rewatching the older film, one of my childhood favorites, made me realize the significance of this gendered reboot. Representation of women in popular culture matters, and I always stop and pay attention when women PhDs appear on the silver screen. The gender differences in the two films are stark, especially the ways in which the filmmakers chose to portray men and women. Who gets to be the center of the story? And who gets to be support? The 32 years between film releases makes a serious difference in how those questions are answered.

Take, for example, the original film. The three founders of the Ghostbusters—Peter Venkman (Bill Murray), Raymond Stantz (Dan Aykroyd) and Egon Spengler (Harold Ramis)—are white male scientists, PhDs and paranormal researchers. After being fired from their jobs at Columbia University NY, they create the Ghostbusters agency. Later, they are joined by competent and dependable Winston Zeddemore (Ernie Hudson), a black man who trained in the Air Force. The white men bumble and fumble their way through the film, and, arguably, their tiff with the Environmental Protection Agency leads to an almost apocalyptic event that endangers the city. And yet by the end of the film, a diverse crowd cheers for them anyway.

And women—only white women—appear either as support (as a no‐nonsense secretary), a love interest or some combination of both. (There's even a vengeful ghost who was an older, female librarian, which feels uncomfortably close to cliched stereotypes). Four men appear as saviors, and the movie seems to suggest that of course they will be, despite their fumbling.

The female Ghostbusters are also paranormal researchers who aren't taken seriously, but it is more due to their gender than their pursuit of ghosts. In a telling scene, three of them gather around a computer to read the comments on a YouTube video they posted showing proof that ghosts exist. One of the comments reads, “Ain't no b*tches gonna hunt no ghosts.” Throughout the film, other men hurl gendered insults at them, doubt their competency and try to make them look like frauds.

Strikingly, the villain Rowan (Neil Casey)—who wants to bring about the apocalypse to make everyone pay for his suffering—is an angry white guy. He wants the universe to bend to his will because he doesn't like where his life ended up. His complaints are eerily (and purposefully) similar to those of some white men today who feel disenfranchised and oppressed by anyone who is not a white man. There's a sense of dangerous entitlement, in which the world should only provide opportunity and power for white men. This sentiment lurks in Rowan's monologues. A man's entitlement almost brings about the end of the world.

More and more, the Ghostbusters reboot feels like a cautionary tale for our moment, pretending to be a fun movie with ghosts and slime. The original film gives us men as saviors, a tired trope, but the new film shows how dangerous and destructive aggrieved white men can be. Attempting to destroy the world because you don't get your way has terrible consequences for all of us; it's a callous and heartless approach.

And yet, the film shows us that women can save our world, by being smart, determined and persistent. Women can be heroes, if the world lets us. To become heroes, we have to be understood as full‐fledged people rather than limited to support for men's lives. We have to be the center of our own stories. And we can be; at least that's what the new Ghostbusters teaches us.