Better Together: 4 Ways to Bring Social Thinking to Your Campus 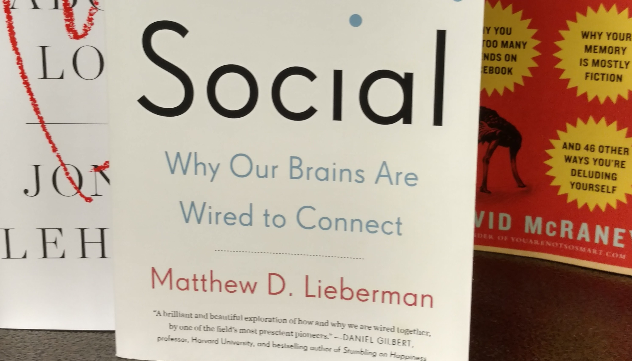 I imagine I'm not the only one questioning the future of humanity. Does the state of the world have you convinced that we should all just retreat to our individual homes, never to interact with another human being again? Are we destined to disagree with, harm and even hate one another?

As a proud introvert, leaving the social world behind doesn't sound like a bad idea. I find comfort in quiet, alone time and by reading books that don't talk back. I heed the rallying cry of Susan Cain's Quiet Revolution, which recently made the case that introverts' gifts have been widely ignored by American society. I've been known to attach the hashtag #introvertsunite onto many a tweet.

Additionally, I work remotely as an adjunct online professor, writer and online presenter; my only visible co-worker is an unruly English springer spaniel named Coco.

In short, all signs point to me continuing the journey toward solitude, a modern-day Thoreau avoiding the trials and tribulations of social relationships.

Not so fast, begs neuroscientist Matthew Lieberman. “Almost everything in life can be better when we get more social. If we retune our institutions and our own goals just a bit, we can be smarter, happier, and more productive,” Lieberman declares in Social: Why Our Brains Are Wired to Connect (2013), a call-to-arms to turn lone caterpillars like me into social butterflies.

Lieberman's premise is based on the notion that in order for human beings' brains to evolve to their current large and powerful size and density, babies had to be born “prematurely” to allow for mothers to deliver them. If we stayed inside mom until our brains were fully formed, well … you get the picture.

With infants unable to care for themselves outside of the womb, our brains evolved to foster a deep connection between parent and child to ensure the survival of the species. We don't outgrow this original social connection. Through the technology of fMRI, an imaging study that tracks the energy usage in the brain under various conditions and psychological studies, scientists have repeatedly found that our brains crave social connections from birth till death.

In fact, Lieberman and his colleagues discovered that our brains at rest return to this social mode as their default, a way for our brains to practice their favorite activity, social thinking, as often as possible.

What are some strategies to help you utilize the brain's inherent social power on your campus?

In the face of budgetary challenges, it's a common theme to see any initiatives or programs deemed as “soft” be the first to go during our regular strategic planning meetings. A great example of this would be employee support programming or any other initiatives that encourage support and connection for and between faculty, staff and students (your historical student activities budget is a great test of this). Based on Lieberman's findings, these programs are, in fact, our most precious resources.

Lieberman cites a particularly interesting study in which researchers obtained letters from participants' loved ones. These letters contained kind words about the participants. Researchers placed subjects into the fMRI and read the letters to them. Not surprisingly, the reward centers of the brain lit up.

What was even more interesting, however, was another version of the study. This time, participants were paid for participation, but they then had to bid money to read the letters submitted by their loved ones. Many of the participants were willing to give back their entire payment to view the letters, demonstrating the powerful biological reward we receive for social connection, even more powerful than financial payment.

Does your campus prioritize programs and initiatives that support social connections? Do you harness this powerful, renewable resource?

All signs point to American society becoming less social. We are highly mobile, increasingly materialistic and focused on producing more, Lieberman says. All of this places demands on our time in ways that decrease our opportunities to socialize, our brains' favorite activity.

Since Robert Putnam's famous sociological study on this societal shift, Bowling Alone(2000), the internet has only further decreased our face-to-face interactions, acting as a mostly ineffective surrogate, according to a multitude of evidence cited in Social. Lieberman concludes that increased time spent online translates to decreased well-being.

Creating space for faculty, students and staff to socialize on campus is critical to morale and motivation. College dorms are great examples of spaces designed for socialization, Lieberman says. How can we apply this model to our workplace? Faculty and staff lounges are the most obvious answer. Again, this type of “soft” space is in danger of being the first line item to be deemed nonessential during tight economic times. Remember to strategize and prioritize investments that support social connection.

“People are moved into managerial roles because they were the most skilled, intelligent, or productive team members in a nonmanagerial position,” Lieberman states. Yet the social skills demanded of leaders are often very different from those required of employees.

The stakes here are incredibly high: Lieberman cites a Gallup poll that found the cost of lost productivity due to poor manager-employee relations at $360 billion—yes, billion. Is your institution bleeding out due to leaders who were never meant to lead?

One of the most interesting of Lieberman's neuroscientific findings is that when the social thinking portions of the brain activate, the nonsocial thinking (rational, general intelligence) systems shut down, and vice versa.

The image he provides here is that of a seesaw. When one goes up, the other goes down. In short, our smartest people might lack some of the social skills (e.g., empathy, communication) needed to effectively lead. “Bosses have to foster better connections between themselves and their team, among team members, and between the team and other outside groups and individuals critical to success,” Lieberman states. In other words, bad bosses are bad for business.

Are demonstrated leadership skills part of your hiring and promotion process? Is empathy part of your campus culture? Do you train and support your leaders to become expert team builders?

The case for care and connection

The evidence is incredibly convincing: our brains were built to connect with other human beings. Not only does this help us to survive our infancy, but it's also allowed us to utilize the old adage of strength in numbers.

Think for a moment about any of the most profound accomplishments of the modern world. Though they were often sparked by the idea of one individual, they only came to full fruition with the help of a team. While society might appear on our nightly news as a study in failed group dynamics, stepping back to view the bigger picture demonstrates a species that prefers to care for and connect with one another.

Lieberman concedes that creating organizations where employees are encouraged to and supported in caring for one another “is a bizarre-sounding incentive,” yet research shows that the brain loves the connection born of taking care of another person. Our brains evolved to care for one another.

Does your institution move beyond lip-service declarations of “we are all in this together” toward a demonstrable culture of care and connection? Are people, no matter their title, treated with fairness? Do you care for your co-workers? Do they care for you?

“Social connections are the original internet,” Lieberman states. Perhaps Facebook 2.0 will be a return to where we began, encouraging live, caring connections on our campuses.