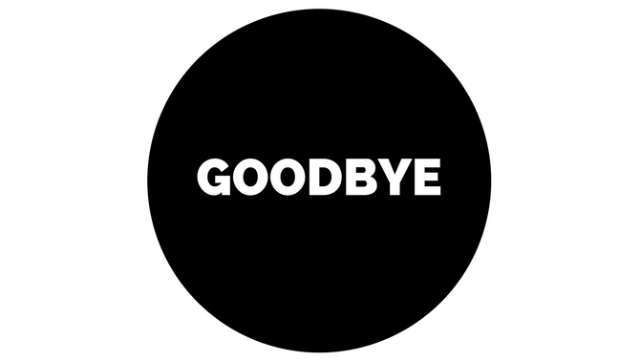 I considered letting this issue go to press without my column. Or writing about something, anything, other than my departure from WIHE. I have delayed this column as much as I can, but production deadlines are inflexible.

By the time this issue arrives to you, I will no longer be WIHE’s editor. This issue is the last one with my name on the masthead of the publication. And with this last issue closes a wonderful chapter in my professional (and personal) life.

I’m leaving not for another editorial job but for another career altogether: I’m returning to teaching. Last time I taught I was an adjunct at a medical research university here in Texas, and I was ready to leave. I attribute it to higher ed burnout.

That’s when I heard about the opportunity to work as editor of WIHE, and it seemed like the perfect job. I would be able to work and write and care for my little one.

However, after almost three years, I felt the urge to go back to the classroom. I didn’t want to go back to higher ed though: I looked into alternative certification programs for K–12.

A few months later, I received a call that I had been admitted into a program that would prepare me for my first public school teaching job. All this summer I have been juggling editing, family and taking classes for my new job. I officially started on August 8, and I’ll be an AP English teacher.

Change is good! But it’s hard.

Helping with the transition has been difficult in part because I’ve been working on the editorial content on my own since I took over. There’s so much information stored in my head!

Despite the apps and the notebooks I use to keep my professional life in order, I am used to building the table of contents in my head until I have to send the issue to production. I know, I know: not the sanest way to do things!

It’s an example of how much the job was a part of me. Being the editor of WIHE wasn’t just how I paid my bills, but an identity: the stories I assigned, the pitches I accepted and the pieces we ran always spoke to women on campus in general.

I always thought not just about the women who read our publication but about the students and staff those readers would encounter on campus. How can we empower our readers to be excellent on campus? Can we foresee the challenges they will face? Will they know they’re not alone?

With each issue I hoped we helped, even if a little. I wanted WIHE to be with you at the office or in class or at a meeting, empowering you and encouraging you.

When I took this job I did not know what the three years after would hold.

Change is hard, but good.

The same week I was working on this issue, I was going through professional development workshops and meeting my campus colleagues. The first few days I was thoroughly exhausted, but my excitement about this new stage in my career did not wane.

One of my fellow teachers said that a lot of the people who came to our school to teach were secondcareer folks, people who had started their professional life elsewhere and eventually decided to come to teaching. I was oddly encouraged—so much strength and courage in one school!

We have run so many articles on leaving one job and starting another, with lists of things to do and people to meet and ideas to try out. I could recite the advice here, for all of you to consider as a parting thought.

Instead, what comes to mind is a quotation I wrote down a few years ago as I started my freelance career shortly after moving to Houston. I had it on a vision board at home and brought it with me to my new classroom. I thought my students could use the words as much as I would:

Leap and the net will appear.—Julia Cameron

Thank you for reading,