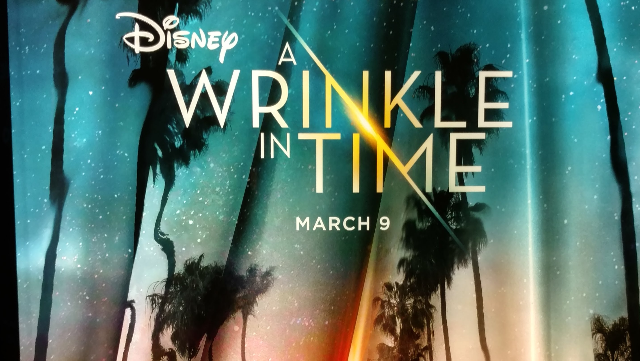 “I wish I were easygoing,” I say to my partner, as he drives our ancient, lumbering SUV, with a camper in tow, to the beach for spring break. It’s a chilly day, but the sun is shining. Our kids excitedly chatter back and forth in the backseat, eager for the trip, but I find my thoughts veering in a troublesome direction. I find myself thinking of the moms of my nine-year-old’s friends, who seem effortlessly cheerful and more pleasant than I can manage most days. These are women who seem easygoing. Being around them reminds me of how often I fall short of our culture’s gendered expectations (even as I know that I work hard to resist them). I emerge as a difficult woman again and again. Most days, I’m fine with my supposed difficultness, but occasionally, I’m not. Sometimes I wonder what it is like to be understood as anything but difficult.

I’m aware of the labels other folks so often use to describe me: “intense,” “too much,” “serious,” “bossy,” “brainy,” “prickly” and “difficult.” I also know that I’m kind, friendly and sometimes brave. Easygoing, however, remains forever out of my reach. This is a familiar story: I was a troublesome (yet quiet) girl who never knew her place in the social and culture hierarchies of home, school and work. From an early age, our culture trains girls to be less—to take up less space, energy and time—so boys, and the men they become, can be more. Girls like me who are “too much” become a problem. Women who are “too much” are even more worrisome. This problem of too much is etched in my bones.

When my nine-year-old asked to watch the recently released A Wrinkle in Time, directed by Ava DuVernay, I instantly agreed. She had already read Madeleine L’Engle’s classic book on which the film was based and wouldn’t put it down until she finished it. As a kid, I tried to read the book several times, but I couldn’t make my way through it. The film, however, I could get behind because of DuVernay and her stellar cast. What I didn’t realize was how much A Wrinkle in Time would mean to me—a difficult woman who remembers what it was like to be a difficult girl.

Meg Murry (Storm Reid) is a difficult girl. Her scientist father (Chris Pine) disappeared four years ago in the midst of his research on time travel. Her principal and teachers don’t understand the staggering nature of her loss or the ferocity of her grief. A neighbor girl bullies her, until she retaliates. DuVernay captures the trauma and social isolation Meg endures, as well as the self-hatred and sharpness that come with being a middle school girl. Meg appears prickly, slow-to-trust and doubtful of her own abilities. And yet, her younger brother, Charles Wallace (Deric McCabe), loves her unconditionally and believes in her when she doesn’t yet believe in herself. He knows she is a mess as much as he knows Meg has more potential than the adults and children who antagonize her. Their new friend, Calvin (Levi Miller), is in awe of Meg, even though she can’t seem to fathom why.

Things get more interesting when three intergalactic, time-folding witches appear and explain that Meg and Charles Wallace’s father is still alive, but captured by a great evil, the IT, on a distant planet. Mrs. Whatsit (Reese Witherspoon), Mrs. Who (Mindy Kaling) and Mrs. Which (Oprah Winfrey) teach them how to wrinkle time, so they can search the universe for Mr. Murry.

Not a Standard Story

This film, however, is not a standard Disney story, in which the heroine/princess is mostly easygoing and committed to her cause. Meg is surly and doubtful. Mrs. Whatsit is not entirely sure Meg is a useful addition to the rescue, but Charles Wallace continues to fight for his sister. Mrs. Which, however, knows Meg is a warrior they need against an evil that imperils the universe. In a powerful scene, Mrs. Which tells Meg, “Do you realize how many events, choices, that had to occur since the birth of the universe leading up to the making of you? Just exactly the way you are.” It’s the pep talk the heroine needs, even as she seems unconvinced by her uniqueness. Maybe it’s a pep talk all difficult women need Oprah to give us every day until we believe it.

Yet, the scene that stuck with me more than any other was when Mrs. Whatsit gifted Meg her faults. Meg looks at her strangely and notes, “You do know my faults are the bad qualities, right?” Mrs. Whatsit replies, “Are they really? Hmmm.” Everything Meg hates about herself proves to be her most important qualities. Her difficulty was one of her greatest strengths. Like Charles Wallace and Calvin, I watched Meg in awe because of her ferocity and anger, not in spite of it. She’s a difficult girl, like I was, and like so many of the women and girls I know and love. Meg and I were both difficult girls because the world limits the options for who girls can be and the preferred kinds of women they become. Our difficulty was never a flaw but a protest against a system that tries to make us less than who we are. Difficult women refuse to let the patriarchy tell us who to be. Don’t you want to join us?