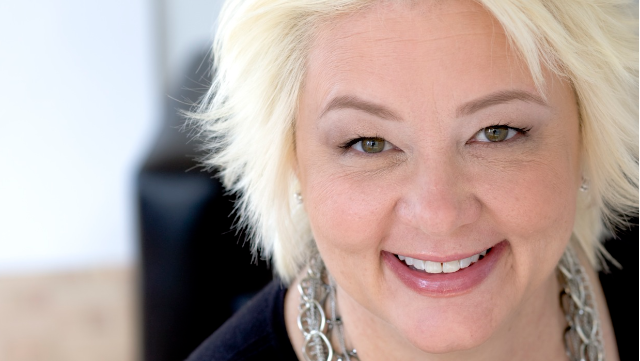 In 2000, I left my tenure-track job for love, or so I thought. When love, or whatever it was, fell apart, I was homeless. Part of why I was vulnerable is because I am queer.

When I got my first tenure-track job in 1995 in Nassau County, just outside New York City, I rented a one-bedroom apartment in Brooklyn that went from around $800/month to just over $1,600/month in the span of four years. When I got this job, I did not negotiate a salary beyond the base for an assistant professor that was in the low $40,000s.

In the third year of my position there, I started a relationship with a woman on the West Coast whom I'd met through mutual friends. We dated long distance and talked on the phone. Work schedules and time zones meant that she called me at 1 or 2 a.m., her time, as she was getting home from working as a chef at The Four Seasons, while I was getting up at 4 or 5 a.m. on the East Coast to catch the train from Brooklyn out to my teaching job on Long Island.

This was exciting at first, but quickly grew exhausting. After a year of this, we decided to try the relationship in person. She was opening a restaurant. I had a book I wanted to write. So, we decided it might be good if I relocated to California for a test run of the living-together version of the relationship.

I gave up my increasingly expensive apartment and moved to Long Beach CA to pursue love with The Chef. The plan was that I would take an unpaid leave of absence to write and work whatever part-time, off-the-books job I could find. We agreed we'd give it a shot for a year and then re-evaluate the relationship and our geography problem.

At first, it was perfectly fine. She worked long hours at the restaurant, while I wrote and worked a part-time job that didn't require much of me. I was friendly with her circle of queer friends but didn't make friends of my own. I got to know the queer bars in Long Beach, where Melissa Etheridge had gotten her start, and a few times made it to the mostly gay male scene of West Hollywood. Mainly I read, put words on the page and connected with this woman in the same time zone. And then, she started coming home late from work.

About six months in, The Chef started sleeping with the woman who was the food and beverage manager at the restaurant. And she lied about it. The deal we'd struck was a rather old-fashioned one, based on monogamy, and it took me awhile to put all the pieces of that not-very-interesting puzzle together. By the time I said, “We're done here,” I was stranded. That relationship did not end conveniently, between semesters, but in February. This unexpected ending left me marooned, without a job, in a state where I knew exactly two other people: a friend from grad school and her girlfriend who lived about two hours north.

As a newly single queer woman without a family, I had few financial resources. I did not have living or supportive parents on whom I could rely. My mother died by her own hand without ever knowing her daughter was queer (she would not have approved). My father died two years after he had me involuntarily committed to a psychiatric ward after the publication of my first book, White Lies (in which I came out in the preface). We hadn't spoken in the intervening years between my lockup and his death. He was killed when a truck backed over him while unloading one of the gas compressors he spent his life working on. I was grateful to have a brother who would let me crash on his couch in Houston, but that was complicated in its own way.

The only savings I had was in a TIAA-CREF retirement account. And, the only way to collect on that was to resign my tenure-track position. In the long days and nights I'd spent waiting for my erstwhile girlfriend to come home, I discovered an online community made up almost entirely of well-meaning white people. When I was set adrift, they threw me a life raft in the form of a connection to someone working in the internet industry, about five hours north in San Jose. It was the tail end of the dot-com boom and that meant I could parlay my teaching-with-technology skills into a job. For me, homelessness looked like couch surfing with friends and acquaintances while I waited on news about a job. After six weeks of that, I cashed out my retirement account, walked away from my academic job and began work in the internet industry.

Queer people are pushed out of academia by a number of factors. I was impelled to leave because of the negative economics of increasing housing prices alongside a subsistence-level assistant professor's salary, and a savings account that demanded my resignation to access. There were enticements that made an exit appealing: the promise of queer space, culture and a relationship that offered both emotional and material support.

Being queer-identified and economically vulnerable are connected, as I learned. The National LGBTQ Task Force recently released a report citing what they refer to as an “epidemic” of homelessness among lesbian, gay, bisexual and transgender youth. Among the approximately 1.6 million homeless youth in this country, an estimated 42% are LGBTQ-identified. They are homeless, many of them, because the very people that should protect and nurture them—their parents—have forced their own children out of the home because they identify as queer or refuse to conform to conventional gender identities.

Class, queerness and homelessness are connected for adults too. In my own case, my lack of a safety net was partly because of my queerness and my father's inability to accept that about me. Then, the unfortunately timed end of my relationship meant I was homeless because the apartment we shared was, in fact, hers. My unwise personal decision turned to bad luck, and that led to a financial setback that I still haven't recovered from and likely won't ever. This is how it is for every person without the cushion of intergenerational wealth or the network of people who will soften the hard edges of a life that shatters.

Much has happened since then. The internet boom turned to bust and I was laid off; after a year and a half of unemployment, I got a full-time job as a project director, adjacent to academia. I finished the book I'd started writing in Long Beach (Cyber Racism), got it published and returned to a tenure-track position, and then, earned tenure—transitions made easier because I could trade on my whiteness. Gay marriage became law, at least for now, and it has helped many, especially those with wealth to transfer to their partners or children.

But I know I am still vulnerable in academia. The laws meant to protect LGBTQ people, including the right to marry, are being dismantled now. The far-right targets professors who are queer, who are women and who are people of color, demanding our jobs, and administrators are quick to acquiesce. We are, all of us, vulnerable to being betrayed by systems that never imagined us when they were designed.

Dr. Jessie Daniels is the author or editor of five books, including Going Public: A Guide for Social Scientists (with Arlene Stein), and is currently finishing a book, Tweetstorm: The Rise of the “Alt-Right” and the Mainstreaming of White Nationalism. She is also at work on a memoir about her relationship with her father, race and ancestry. Daniels is a professor of sociology at Hunter College and The Graduate Center, CUNY. You can find her on Twitter as @JessieNYC.