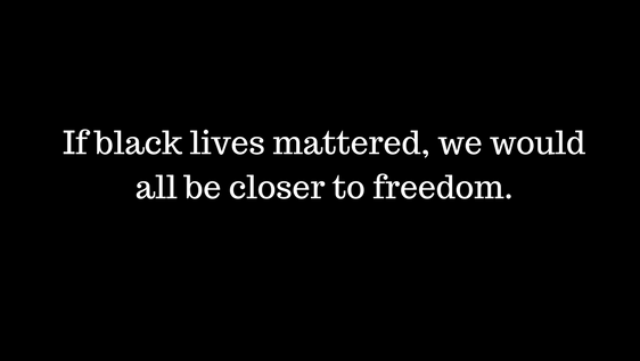 In November 2017, I—along with more than 2,500 other attendees—showed up for the annual conference of the National Women's Studies Association (NWSA) in Baltimore, MD. It was my first time attending, and I couldn't wait because the theme was “40 Years After Combahee: Feminist Scholars and Activists Engage the Movement for Black Lives (MB4L).”

Combahee stands for the Combahee River Collective (CRC), an organization of radical black feminists that came out of women's liberation and anti-racist movements of the 1960s and 1970s. They took their name from the Combahee River Raid (1863), in which Harriet Tubman's assistance led to the freeing of 750 enslaved persons. Tubman, of course, was a freedom fighter, and the CRC took her fight seriously. And the NWSA did too: Activism appeared central to the conference, not somehow separate from the work of academics.

The CRC statement, written by Barbara Smith, Beverly Smith and Demita Frazier, was crucial to most of the keynote and plenary sessions, and this historical document still feels timely. The authors took stock of the oppression black women faced both nationally and globally and described the interlocking oppressions that black women confronted then and now. Reading the statement in 2017 shows the possibility for a different future—starkly different from the one we inhabit now—that is anti-racist, anti-sexist, anti-capitalistic and anti-homophobic. The CRC imagined a new and better world, which many of the activists presenting at the NWSA conference are trying to create now.

In her opening remarks, 2017 NWSA co-chair Dr. Premilla Nadasen noted that the black queer women of the CRC were creating liberatory politics. They did this by imagining how to get their own freedom. Freedom from oppression from those who are the most oppressed means freedom for us all. This is not trickle-down social justice, but punching up liberation. The CRC statement remains a path toward liberation, if only we are brave enough to topple patriarchy, white supremacy, capitalism and homophobia.

And we need that kind of bravery right now. NWSA President and 2017 NWSA Co-chair Dr. Barbara Ransby noted the unique ability of the NWSA to make change because women's studies departments wouldn't exist without the “hellraisers” that founded them. The NWSA comes “from insurgent intellectual tradition” determined to remake the world, and our current world surely needs remaking. The NWSA returned to its activist roots.

The first keynote was a conversation between Alicia Garza, one of the founders of Black Lives Matter, and Dr. Angela Y. Davis, renowned scholar, activist and educator, moderated by Ransby. The ability to listen to both Garza and Davis as they explained why they have hope right now—despite the current presidential administration— was a revelation. They pointed to all of the activism that's happening in reaction to the current president. Garza noted, “This is really a moment when revolution is on the agenda.” And Davis emphasized that revolution now appears possible in ways that it didn't before. There are new possibilities toward liberation that exist because activists build on the legacy of previous activists and imagine new ways for the world to be. Davis pointed to how the Movement for Black Lives transformed the nation and noted, “If black lives were to truly matter, all lives will matter.” If black lives mattered, we would all be closer to freedom.

A plenary on the legacy of Combahee brought together members of the CRC—Demita Frazier, Margo Okazawa-Rey and Barbara Smith—with activists and academics, including Charlene Carruthers, national director of Black Youth Project 100; Kimberlé Crenshaw, law professor and creator of the #SayHerName campaign; and Mary Hooks, co-director of Southerners on New Ground. This powerhouse panel gave me life as they emphasized the significance of the CRC statement's focus on practice. Activism wasn't just about the ideas, but the work that you do. Smith mentioned the urgency and necessity of getting back to political practice, not just thinking about activism.

Putting our politics into practice is something I've been thinking about a lot lately. At the NWSA, I returned again and again to the question of how do we all, not just a few of us, become free. How does our politics encourage liberation? (Or do they?) How do we limit our ideas about liberation? Are we seeking freedom for everybody or just ourselves?

I went to a session on prisons and the carceral state that blew my mind. Listening to Mariame Kaba and Davis made me realize that my own politics don't include the abolition of prisons, but should. Abolition is about freedom, but not a crucial part of my politics. So, my politics now must include imagining a world without prisons. The revolution won't work unless it includes all of us. That's the way to freedom.