Stalled Progress for Women at Work 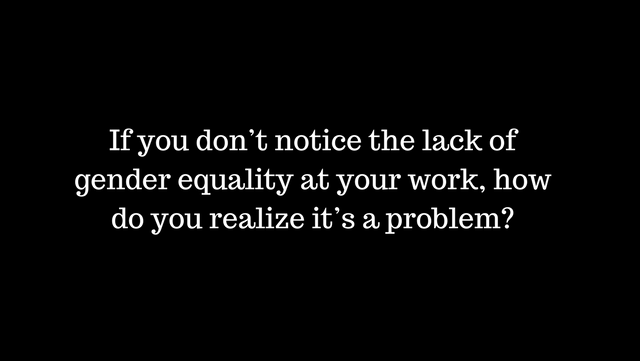 In October, LeanIn.org and McKinsey released their study, Women in the Workplace 2017, which relied on data from 222 companies that employ over 12 million people, a survey of more than 70,000 employees and qualitative interviews. It's possibly the largest study on women and the workplace available, and I felt compelled to make my way through it. I picked up the study in search of a silver lining—a glimmer of women's progress this year—despite the current political administration's continued campaign against women's rights. Since I routinely read reports on women and the workplace, I know that the news is often not good, but still I had hope for some small amount of progress.

The first line of the report's summary quickly dashed my hope: “Women remain underrepresented at every level in corporate America, despite earning more college degrees than men for 30 years and counting.” This is a familiar story: the gains women have made in education don't necessarily transform into gains in the workplace. Underrepresentation at work isn't new, but it does appear perplexing when the companies surveyed proclaim a strong commitment to “gender diversity.”

Their vocal commitment, however, isn't a guarantee for action. And the 2017 study shows that women's progress at work has stalled. Part of the reason, according to the study, is that it's impossible to solve problems that you can't see. If you don't notice the lack of gender equality at your work, how do you realize it's a problem? If you can't identify gender inequality, then you can't stop it from happening. The women surveyed had a more accurate take on gender diversity than their male colleagues.

Why? Because men tend to not notice gender imbalances much at all. According to the Women in the Workplace 2017 summary, men “are more likely to think the workplace is equitable” and that their companies are “pretty good” at supporting diversity, while women report that the workplace is “less fair” and offers “less support.” Almost 50% of men “think women are well represented in leadership in companies where only one in ten senior leaders are women.”

Take a moment to really consider this: If women make up 10% of the leadership positions, men feel like their workplace has achieved gender diversity. (What's that sound? Oh, it's just me screaming in anguish and frustration.) That's nowhere close to gender parity, but for many men, 10% seems like fair representation. It shouldn't be a shock, then, that men reported less dedication to efforts to improve gender diversity and believed that these efforts would disadvantage them. And 15% of men went as far to suggest that their gender made it hard for them to advance at work. White men “were almost twice as likely as men of color to think this.”

And yet, the study showed that men don't even have to negotiate as much as women to “get what they want.” Men didn't have to ask for raises or for a particular promotion because they were already well-paid and had the job they wanted. Equality feels like oppression if culture suggests you're entitled to more than other people because of your race and gender.

Things get worse because the workplace continues to be set up for the success of white men. Women are hired and promoted at lower rates than men, and the pay and promotion gaps are even worse for women of color: Women in the Workplace 2017 explains, “[O]ne in five C-suite leaders is a woman, and fewer than one in thirty is a woman of color.” Women of color report less support from management, slower promotions and a more difficult path into leadership positions, and black women reported the most difficulties at work. Gender diversity efforts must pay attention to race or they won't help women of color advance.

Women in the Workplace 2017 also had a glaring omission, a lack of emphasis on sexual harassment and how it derails women's careers. We're still in the midst of public allegations of sexual harassment and assault against powerful men in Hollywood and other workplaces. These men, through harassment and assault, created hostile work environments that women endured or abandoned. #MeToo has dominated social media, and survivors continue to share their stories of harassment, assault and sexual violence, which often happen at work. Like many (most?) women, I have been sexually harassed at a variety of workplaces—as a teenager slinging pizza and as a graduate student working in a departmental office. When I reported harassment (and I didn't always report it), the men in charge chose to downplay what happened or not believe me.

I expected Women in the Workplace 2017 to cover sexual harassment, and it didn't. The closest mention was a discussion of how men were 60% more likely than women to report that “disrespectful behavior toward women is handled at work” quickly. Sexual harassment, however, is more than disrespectful; it's harmful and destructive to careers and lives. The study missed an opportunity to document how prevalent sexual harassment was at work this year and how it still impedes women's path to leadership. How can such a large study on women and work avoid sexual harassment altogether? There can be no gender equality at work until harassment is eradicated. Why didn't this study recognize that?