Opting In: Managing Dangerous Material and Harm in the Classroom 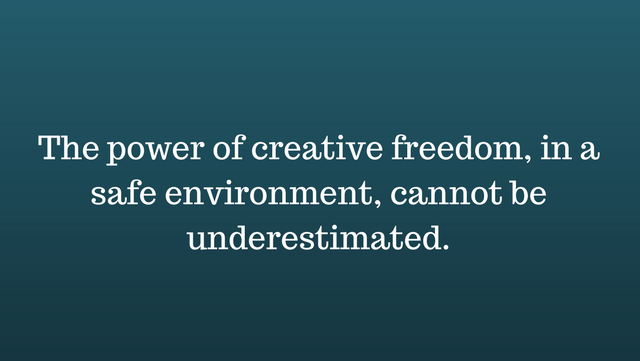 In Teaching Literature (2002), Elaine Showalter argues that college instructors can forget that students may not examine texts from a distance; they may feel very close to the images or words they are asked to study and may feel violated by what they're studying. Showalter recommends preparing students in advance and listening to their responses. Teaching “dangerous” material requires a considerate professor.

Dangerous material is a nebulous term. Here, we mean it as an indicator of material that would shock, upset or provoke a general reader. For students with psychiatric disabilities, particularly those caused by trauma, difficult material can be triggering.

Trauma happens in many ways: extreme poverty; sexual, racial, and domestic violence; and horrific accidents. In the course of our daily lives, any one of us could experience trauma. Many who do will also experience lasting psychiatric impacts, and triggers are not always predictable.

Trigger warnings, or content warnings, should be a part of creating fully accessible learning environments. Many professors look to the disability services office to tell them who and how to accommodate. However, “provide trigger warning” is not an accommodation; generally, disability support stays out of classroom management. Some professors argue that their course titles provide sufficient indication of the material the class will cover, which might be the case sometimes. Others frame trigger warnings in condescendingly gendered terms, as Laurie Essig does when she urges students to put on their “big-girl panties.” But the course title may not necessarily indicate the content, and students of all genders can have prior experience of trauma.

In fall 2015, this situation arose in Katherine's University Writing course, Remixing Jane Eyre, at the George Washington University DC. She had three students, all young women writers, who wanted to write dangerous material.

All students must take UW; the course requires group peer review. In their final project, students asked a question about Jane Eyre, produced a resolution via a creative adaptation called a remix, and defended that adaptation with a scholarly argument. Katherine set few limits for the remixes: “Repeating work that has been done in other adaptations, or producing work that participates in dehumanization, oppression or titillation with no apparent redeeming purpose is not transformative and does not fulfill the assignment.” She set no limits on the content and encouraged students to write their wild ideas.

The fall 2015 students wanted to create remixes in which the consequences of childhood sexual abuse were explored. Katherine did not deter these students; all were able to articulate how these potential remixes answered their questions about the novel with supporting research. But she realized that the class would have to balance multiple sets of needs. First, the course had clear requirements for peer review and classroom community. Second, the assignment had the clearly stated goal of allowing students to pursue unusual and provocative ideas. Third, encountering the specific material these three young women wanted to write could result in harm to other students.

No one in the class had disclosed a disability. No one had brought an accommodation letter that would require anything other than extended exam time or access to a learning specialist via the Disability Support Services office. However, Katherine did not need disclosure or an official accommodation to understand the potential for harm that existed.

We can expect our students to be uncomfortable. We can even understand that discomfort can be an intentional classroom tool. The challenge of discomfort can be overcome in the classroom. Harm is another issue altogether. Angela Shaw-Thornburg suggests this harm could “bruise” students; dangerous material in a classroom, particularly unexpected danger, could injure students.

Creating a course environment that respected and attempted to balance these multiple needs was a challenge. We decided to switch our perspective—what if the baseline assumption was not how to warn students of incoming difficulty, but was instead to have them seek it out?

In class, Katherine led a discussion, explaining as clearly as possible what the difficult topics were and the balance we needed to strike. She asked everyone to take out a pen and a piece of paper. Katherine started with the assumption that no one wanted to give peer review to papers dealing with dangerous material. If she was wrong, students could write their names on their piece of paper. She would collect all the papers, blank and named. And only Katherine would know who had opted in. She created the workshop groups based on those slips of paper—a good choice, as not all students writing about dangerous topics opted in to peer-review dangerous material.

The opt-in system provided safety and relationships; I knew that those who were reviewing my work had some sort or interest in and respect for it. Knowing this helped me to not fear judgment or ridicule from the select students who opted in. I formed a relationship with them, yielding familiarity and easing embarrassment. The suggestions my peers sent me became much more detailed over time, suggesting their own increased comfort. Through scholarship and the unhindered creativity that the opt-in system provided, I created work that accurately moved marginalized groups (women and BDSM communities) to the forefront of a story.

As Christiana suggests, the ability to write freely and fearlessly can be inhibited in college classrooms. Arguments about trigger warnings tend to approach it as all or nothing: either students will experience profound harm or they will attempt to censor professors. Either they've been deeply wounded or they've been coddled. The reality of triggers requires acknowledging that many factors, like race, class, gender, sexuality and personality, change how individuals react to trauma. For some, the academic exploration of dangerous material may be beneficial, even therapeutic. The power of creative freedom, in a safe environment, cannot be underestimated. In classes designed to allow students to push boundaries, creating an opt-in system allows this power with protection.

Katherine Anderson Howell is a disability support services associate and former writing instructor at the George Washington University DC. Her writing can be found in Gargoyle Magazine, The Rumpus, Cold Takes, Pennsylvania English and the Journal of Fandom Studies, among others.

Christiana Miller, a former George Washington University student, studies cinema at New York University. Her concentrations include film, screenwriting and adaptation. Currently, she serves as the creative director of the Jola House Foundation, a nonprofit educational organization, and @FindingSienna, an urban platform for black youth.