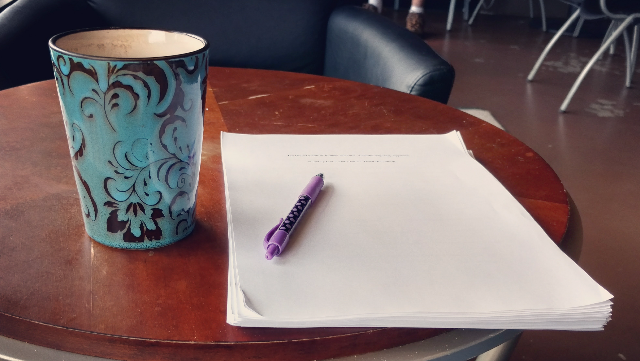 A couple of months ago, I decided I had had it with Twitter and Facebook. I was at a breaking point. There was (and still is) an unrelenting rush of news surrounding the current presidential administration. People kept tweeting about how close we were to the apocalypse. And men I barely knew were asking me to promote their books, essays and articles on my networks. I became tired of scrolling my way through the lives of other people. My creativity was stalled.

The endless tweets, status updates and posts cluttered up my brain.

Putting Down the Smartphone

So, I took a digital break from Facebook and Twitter (but not Instagram) while still occasionally posting about recent articles I'd written. One week into the break, I didn't miss Facebook much at all. Twitter, however, was a different story. The urge to pick up my smartphone and scroll was strong, but I mostly resisted. Social media tends to make me compare my life to everyone else's. These comparisons make me feel deficient. Even though I know I'm not, that feeling lingers. Why is it so easy to find our own flaws rather than recognize what we have? Social media taps into my anxieties about productivity, writing, body image and motherhood. For the millionth time, I reminded myself to pay more attention to my own life and not the lives of other people.

By the end of the first week, I felt like I had more time. I could think. I could read. I could take a moment for a deep breath and get back to work. I finally figured out that one writing project required a complete rehaul before I continued to work on it. I caught up on back issues of The New Yorker and read a few nonfiction books that I claimed I never had time for.

The second week proved to be the real challenge. I was tempted to get on Twitter as I waited for news about a book contract. I composed tweets in my head about writing and editing, complete with fancy hashtags. I imagined how folks on Twitter might respond, but I didn't let myself send them. Instead, I decided to take a photo of me working at a coffee shop for Instagram, but my phone's camera stopped working. The need to complain on Twitter overwhelmed me, but I realized that this was clearly a first-world problem. I didn't need to tweet, even if I wanted to. And why did I feel the need to tweet about my work? Probably because I've made it a habit to tweet about my writing as I'm writing, but also because being a freelancer is isolating. I work from home and email with colleagues. Mostly, I missed my friends on Twitter. I missed their support and encouragement. (I still didn't miss Facebook.)

And yet, the problem is that Twitter is easier than writing, editing, copy editing, revising, emailing, parenting, cleaning and a whole host of other things. And once I check Twitter, I feel like I can't leave. Of course, I can, but the scrolling draws me in.

Stepping away from social media helped me notice that I no longer give myself the time I require to think about my research and writing. Lately, I've been rushing from project to project without pausing to consider what else I might want to write. I don't give myself permission to read the books that will make me a better editor and writer. I'm feeling burnt out and frustrated.

As I chose to end my social media break, it occurred to me that I haven't spent much time thinking about the kind of creative life I want rather than the creative life I have. My writing life feels less and less creative by the day. Writing is a process of thinking, dreaming, analyzing, researching and doing, which I try to rush in the sake of being productive. This no longer works for me. The need to feel productive is killing my creativity. Scrolling through Twitter used to be a quick escape from my work.

But now, it is no longer an escape, but a deep dive into what's happening in our country, with everybody's opinions clamoring in my head. Twitter no longer soothes me. It hasn't been fun for a while. Instead, it's a jangling and clanging of fierce words and doomsday predictions. Mostly, I'm tired of people on the internet telling me what to care about or what supposedly distracts me. Part of me wants to make my temporary digital break permanent, but I would miss my friends. Right now, the costs of giving up social media are too high. Instead, I'm trying to remember why I joined Twitter in the first place: to reach and connect with people across the country and the globe about issues, ideas, research and writing I care about. Connections matter, so for now, I'll stay connected.