The Power of One 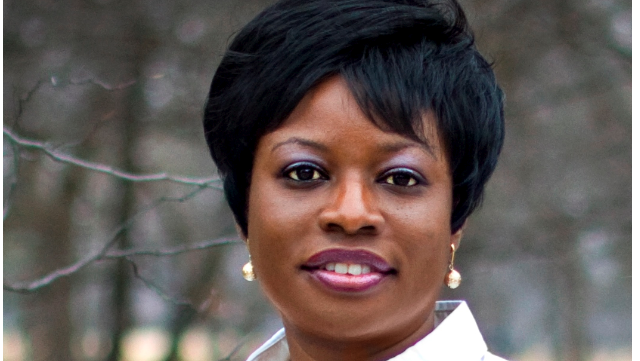 The power of just one person can make a world of difference. Just ask Dr. Unoma Okorafor, the founder of the Working to Advance Science and Technology Education for African Women (WAAW) Foundation.

Headquartered in Lagos, Nigeria, with a U.S. office in Wylie, Texas, the foundation's mission is to “increase the pipeline of African women entering into science and technology fields and ensure they are engaged in technology innovation and entrepreneurship to benefit Africa.” The foundation grew out of Okorafor's experiences as an international black female graduate student in a male-dominated technology field.

The Importance of Education

Having grown up in a household where education was seen as the “great equalizer” (her father was a nuclear physicist and her mother was a high school principal), Okorafor was taught the value of hard work. Okorafor spent her high school years in a girls' boarding school.

Her father supported education for women. “My dad emphasized we could pursue whatever we wanted,” she said. “I felt very supported.”

Despite her father's liberal view of education, Okorafor's undergraduate experience at the University of Lagos in Nigeria was anything but supportive. “I wasn't aware that I was a female until college, where girls were expected to be seen and not heard, especially in the sciences and technology,” she said. “If a girl was seen as smart, she was seen as being intimidating to boys.”

Instruction was conducted in a rote style. “Teachers and elders were always right,” said Okorafor. Still, she was “super fascinated where technology was going.”

When she came to Rice University TX for her master's degree in electrical and computer engineering, Okorafor experienced culture shock on many fronts. From rote learning, she was suddenly immersed in a system that required students to apply the knowledge and innovate.

Then she struggled as an international black woman in a science, technology, engineering and mathematics (STEM) field. But the catalyst for WAAW was Okorafor's concern about the images of her beloved country and the African continent as poor and backward as shown on television and the web.

“Those images didn't represent the continent we are or could become,” she said. “We had tremendous potential to change the narrative as African women.”

After earning her master's at Rice and beginning work toward her Ph.D. there, she met her husband, who was in a Ph.D. program in computer engineering at Texas A&M University. She joined him and earned a Ph.D. from TAMU in computer and electrical engineering.

The WAAW Foundation was launched in 2007 as a vehicle for scholarships for African girls. Okorafor and her husband started “in a humble way” while they were both in graduate school. Today, it has an operating budget of $150,000 and offers programs year-round for girls in the following African countries—Tanzania, Zimbabwe, Ethiopia, Cameroon, South Africa, Malawi, Kenya, Ghana, Togo and Nigeria.

“You'd be amazed at how much impact you can make [with a small sum],” she said.

From those first scholarships, which changed one student's life each year, the foundation switched its focus to hosting STEM camps, which connect 30 to 50 girls from poor economic backgrounds into STEM disciplines.

Now, the emphasis is on experiential STEM education, leadership and entrepreneurship training programs for girls and women. Funding comes from private and corporate donors.

Okorafor has an “amazing team on the ground,” with both staff and volunteers “ready to move the cause forward.” She returns home two or three times a year. In between trips, she monitors activities daily.

“It used to be that when things happened, I had to be there,” she said. “Now, the young women have caught the vision.”

Okorafor sees the WAAW Foundation as an aggregator, building partnerships with sympathetic entities, including reaching out to government officials. “I think partnerships are crucial to scale sustainably,” she said. “Our push going forward is to bring together other organizations and share best practices.”

Some 40 to 50 percent of Okorafor's time is spent on the foundation, which she considers her “life's purpose.” During the economic meltdown, when she was pregnant with her third child, she researched healthy eating options and eventually created a group of products from organic papaya that's now on shelves in health food stores. In the past 12 months, she has launched two other brands.

Then there's her husband, a tech consultant, and three children that are key priorities of Okorafor's life.

Work-life balance is wishful thinking. “I think there is no way you can have it all,” she said, admitting she tried to and didn't succeed.

Prioritizing is her salvation. Okorafor encouraged women to find things that are non-negotiable and put them at the top of their list. For her it's her relationship to the Divine, her family and her relationships with others that nurture her.

Okorafor considers herself very “fortunate” and refuses to take credit for the foundation's success. “I have benefited from several scholarships, including one from the American Association for University Women,” she said.

She's also benefited from mentoring. One of her professors at Rice encouraged her by saying “You have what it takes” when he saw how beaten down she was early in her master's program.

An inveterate list maker, she used to have a three-page to-do list that only stressed her out. Now she wakes up in the morning and writes a to-do list for the day that's shredded before bedtime.

“I'm never able to finish everything on my to-do list,” said Okorafor. “The important things bubble up to the top at the beginning of the day.

“I believe the universe has a way of helping you move forward if you think you can.”