From Religious Studies PhD to Editor of WIHE 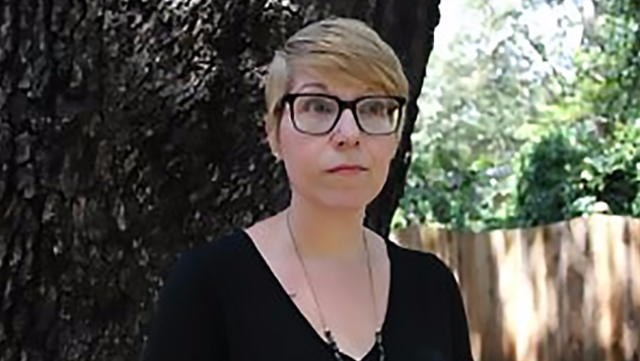 Three years and almost a month ago, my phone vibrated the tray attached to my hospital bed. My newborn son, all six pounds and ten ounces of him, slept on my chest.

I was attempting to coax myself into a speedy recovery from his birth, a C-section, so I could get home to my almost-five-year-old daughter and my husband.

When I picked up my phone, I expected another congratulatory text. What I found, instead, was an email from an editor of Chronicle Vitae, a brand-new job and news site from the The Chronicle of Higher Education, asking me to be columnist. I stared at the tiny screen in shock. The editor had read a blog post I wrote in May about taking a year off from academia, and she wanted to know if I would chronicle my gap year, or “grace period” as I was calling it, for Vitae.

Before I could change my mind, I wrote back a hasty but (hopefully) reserved “yes.”

I wasn’t sure what I was going to do during my grace period. I wasn’t sure if I was ready to leave academia behind or plot a re-entry.

After all, I had a PhD in religious studies; an award-winning book, Gospel According to the Klan (2011); years of teaching experience at multiple state universities; and an ebook, The Zombies Are Coming! (2013).

When I graduated in 2008, I imagined that I would finish my PhD and move directly into a tenure-track job. It turns out that I was overly optimistic about my chances. The economic downturn in 2008 stalled hiring. Tenure-track job listings in American religions, my discipline, became scarce.

By 2013, I had spent five years on the job market, and all I could find was contingent work as an adjunct and lecturer. I was exhausted and burned out, so I planned to take the year off to see whether I still wanted to be an academic.

What I didn’t plan was that I would start writing about higher education, particularly my experiences as a scholar who was also a woman and a mother. I needed to make sense of how my career went so far off the rails.

I fell into writing about higher education because an editor asked me to.

Saying “yes” to that Chronicle Vitae column was the beginning of a new career as a freelance writer who covered higher education, contingent labor, and gender inequality. I thought I wanted to create distance between myself and academia, but I couldn’t quite do it.

Instead, I wrote about how I thought academia could do better, especially with gender equality. My columns resonated, and I was shocked by the response.

I wrote to figure out how my life turned out, I would tell readers again and again, but I never imagined my columns would be helpful or useful.

My imagination, if you couldn’t already tell, sometimes sucks.

More and more, I wrote essays and articles about what it was like for women in academia. My own experiences of sexism, misogyny, bullying and threatening behaviors were not unique. Other women shared remarkably similar and harrowing stories. I wanted to do something to shed light on the routine mistreatment of women as undergraduates, graduate students, instructors, adjuncts and professors.

At Vitae, I started a column, Sexism Ed, to document gender inequality, bias, sexual harassment and assault, microaggressions, gender gaps in disciplines and in citations, and the commonness of sexism in higher ed.

I wanted to change the conversations about academic women to shift the focus from individuals to institutions. Sexism was not a problem individual women encountered, but a structural problem that affected women throughout higher education. Leaning in wouldn’t work. We needed structural solutions. I wrote in the hopes that we could have them.

Becoming editor of a feminist newsletter

Sexism in academia became part of my beat, but this proved infuriating and depressing. I knew that there had to be other stories I could tell about women in higher education besides the soul-crushing ones I gravitated toward.

Near the end of 2014, Liana Silva asked me to start writing for WIHE, so I did. My first article was a review of a book about the gender “confidence gap.” I became a regular writer covering programs that seek to address gender inequalities in leadership and sports; the efforts to provide funds for adjuncts to go to national conferences; so many reports on gender gaps in higher education, politics and Fortune 500 companies; and profiles of women who are making academia a better place.

Writing for WIHE allows me to tell some of the same aggravating stories about sexism, but also different stories about how women succeed in higher ed and the programs that encourage their successes.

I’m honored to become the editor for WIHE, a smart, feminist publication that I love writing for and reading each month. You already know that WIHE provides sharp analysis, good writing and reporting, and more than a fair share of sass.

As editor, I plan to continue the hard work that our former editor, Liana, put into this newsletter. I want WIHE to be both feminist and a little more edgy. I hope all of you, our readers, want it to be both too. WIHE is a publication we still need, and I’m remarkably happy to be at the helm.