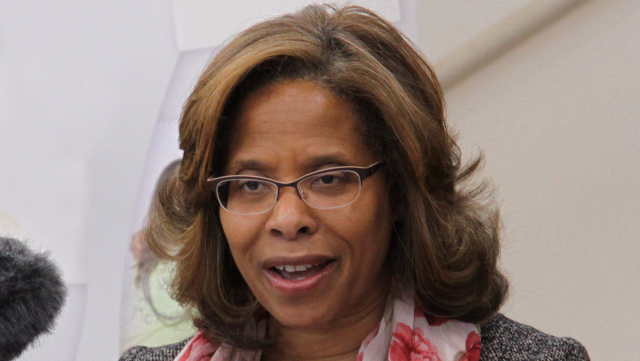 While criminal justice reform appears to be closed for discussion at the federal level, the national dialogue got another powerful voice when the City University of New York voted to appoint an esteemed legal mind and advocate for equality, fairness and criminal justice reform as president of the John Jay College of Criminal Justice. Former United States Assistant Attorney General Karol V. Mason will assume office on Aug. 1.

From 2013 to 2017, Mason oversaw the Office of Justice Programs, which included supporting state and local criminal justice agencies, juvenile justice programs and services for crime victims, as well as overseeing the National Institute of Justice and the Bureau of Justice Statistics. Her work included issues of community trust in the justice system.

As president of John Jay, Mason aims to continue developing strong leaders in areas of law enforcement, criminal justice and community engagement, as well as supporting faculty in their research.

“We're educating the next generation of leaders—not just criminal justice leaders, but leaders in all of our communities,” says Mason.

During Mason's time at the Department of Justice, she became familiar with the significant research done by John Jay faculty. When her time as U.S. assistant attorney general ended on Jan. 20, she knew she didn't want to return to private practice. She felt compelled to continue her work in crucial areas such as juvenile justice and re-entry after prison. With humor, she says the timing was fortuitous that current John Jay President Jeremy Travis stepped down just as she became unemployed.

“When you think about John Jay's mission, which is educating for justice, that to me summarizes where I want to focus my energy for the next phase of my life,” says Mason. “It's an opportunity not just to influence the current thinking on issues that are important and where there is a void today in federal leadership, but also in training the next generation to look at these issues from a more holistic perspective.”

At the Office of Justice Programs, Mason interfaced with state and local governments, saying most criminal issues are at the state and local levels, not at the federal level. The $4 billion annual budget enabled her office to invest in research and take what was learned and make that information available across the country. She brings to John Jay her knowledge of the full range of criminal justice issues.

“I understand things from the prevention side in terms of thinking about how to make sure we're creating opportunities for our young people, so we keep them on the path to success,” Mason says. “Understanding and using the brain science that we have in understanding how young people develop to know that we ought to manage our criminal justice system differently for those who are 25 or under.”

Mason sees current federal leadership as going against overwhelming existing research. At present and moving forward, state and local governments are stepping up in a bipartisan manner in areas of criminal justice reform. John Jay is poised to provide a voice in leading the conversation based on evidence and research.

“The question is how to get people to focus on the data and the facts and not focus on sound bites,” Mason says. “We are finally at a place where people understand that we need research and evidence to inform policy, and that research and evidence-building is happening all across John Jay. Not just on the criminal justice reform, but also on the forensic science side and the cybersecurity side. We ought to use that work to inform the national conversation.”

Working with former Attorney General Eric Holder and President Barack Obama involved her in not only criminal justice reform, but also finding ways to create a more equitable society. She says it is not a Democrat or Republican issue; it's a community issue that everybody shares.

There is a common desire to live in a safe community, be contributing members of society and see young people succeed. A question that can be addressed at John Jay is how to create that opportunity for everybody, including people who have been caught up in the criminal justice system.

Work to Be Done

Mason sees John Jay as an incubator for new ideas and where tough issues can be investigated, explored and addressed. The next generation of leaders who are studying at the college will take these ideas into practice when they enter the workforce. While John Jay students are still in school, she wants them to take active roles on discussion panels at the college and at conferences and events in which it participates.

The National Initiative for Building Community Trust and Justice is based at John Jay. The outgoing president helped propel its creation with a letter to the Department of Justice. Foresight backed up with research creates solutions, and Mason is intent on continuing such collaborations and proactive thinking.

“John Jay has been a prominent voice, and my hope is that I can continue that trajectory as the new president,” she says. “The John Jay students I have met … I come away energized and inspired. I don't have to inspire and encourage them to go out and live the [college's] mission of educating for justice and creating a more just world. They are demanding it.

“That is why I am encouraged about our future as a country, because they're going to be the ones leading it.”