Written by
Autumn A. Arnett 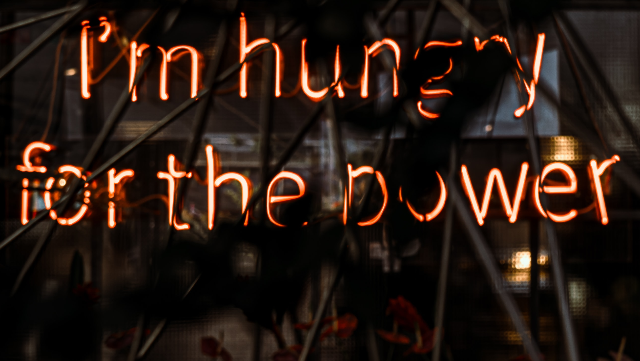 Three weeks ago, I was all ready to write about the First Amendment. Elon Musk’s declared intent to buy Twitter had the internet all in a tizzy about freedom of speech: who gets it, who shouldn’t get it, how should it be regulated, and at what cost should it be protected?
Two weeks ago, I was stunned by the leaked draft of the U.S. Supreme Court’s decision in Dobbs v. Jackson Women’s Health Organization, which would effectively overturn the landmark Roe v. Wade decision that legalized abortion, effectively by saying a woman’s right to privacy meant the government couldn’t prohibit procedures like abortion.

This week, I’m mourning the racially motivated Buffalo, New York grocery store massacre and at least three other public shootings that occurred over the weekend of May 13–15. Not mourning in the sense that I knew any of the victims personally, but mourning the fact that these occurrences have almost become so commonplace in the United States that folks do little more than swap out the names on their social media graphic templates and send “thoughts and prayers” to the families of [insert names this time].

And that it has become so common that people in other countries associate the U.S. with mass murders. “You’re from the U.S.?” asked my children’s school friends at the start of our year abroad in Costa Rica. “Has anyone ever shot up your school?” And, “Are you sure you want to go back to the U.S.? Hay mucha violencia en los Estados!”—there’s a lot of violence in the States—from my closest friend in Costa Rica when I told him our time in his beautiful country was up.

As I sat trying to decide which topic warranted the most attention, I realized all three of these things have something in common: All of these things are about power. Who has it, who is scared of losing it and what might happen if those who have traditionally had all the power suddenly lose it.

Any Black or other minoritized person will tell you the First Amendment has never fully applied to everyone. Black people in particular, who were recognized as human by the 13th Amendment and not the original Bill of Rights, can tell you that exercising their rights to free speech, freedom of the press and freedom of assembly have led to lynchings throughout American history. Black churches have been attacked, bombed (as in the case of the 16th Street Baptist Church in Birmingham in 1963), and shot up (as in the case of the 2015 massacre at Mother Emanuel AME Church in Charleston) in racially motivated attacks throughout history.

There has been no rush to protect the rights of Black people in America—it took Congress more than 65 years to finally pass antilynching legislation, which it finally did in 2021 via the Emmett Till Antilynching Act.

In 2015, during the rise of the Black Lives Matter movement amid a smattering of public killings of Black men and women by police (murder without due process—the very definition of lynching), the loudest response from those in power in Congress and state legislatures across the country was that public institutions couldn’t suppress the free speech of known racial antagonists wanting to come on campus. All the while, Black Lives Matter protesters were being shut down, tear gassed and arrested.

Following the summer of 2020 and the murder of George Floyd, Breonna Taylor and other men and women at the hands of police, there was a subsequent rush by state legislatures to limit what could be taught, in terms of diversity, equity and inclusion and the role of racism and privilege in American history—almost the complete opposite of “everyone has a right to have their views heard on campus! This is a public space!” Except not opposite when you think about it. Not at all. Both underscore whose rights should be protected and whose should not, whose comfort should be prioritized and whose should not.

Power as a suppressive tool

Women were slowly granted rights and recognized as autonomous humans outside of the rule of their husbands or fathers with the 19th Amendment. But this has not stopped the mostly white male leaders from trying to subjugate women’s position in society as subservient to men—it shows up in pay disparities across every field and discipline, in the lack of regard for women displayed in policies such as a lack of universally paid maternity leave, in the tremendously high maternal mortality rate and in the lack of access to quality prenatal care. And it’s showing up again in the leaked Dobbs decision.

I really wish the government would maintain the spirit and integrity of the “right to privacy” precedent that underpins the original Roe decision. The “eh, that’s not really our business, actually” approach to women’s healthcare decisions—and by extension, gender-affirming care for trans people and LGBTQ rights, which many fear are also going to be vulnerable if Roe falls. Just as it has turned a blind eye to racism for centuries, so too should it butt out of people’s individual decisions about their healthcare.

Particularly since the U.S. has the worst healthcare system of the world’s 11 high-income nations, according to a 2021 report by the Commonwealth Fund, it would seem there are surely better healthcare-related concerns to which legislatures and justices could turn their attention. But it isn’t actually about care for lives, it’s about power. If it were about care for lives, there would be a stronger infrastructure to support women through their pregnancies and children once they’re born. There would be better public school systems and more accessible and inclusive systems of higher education. Care is strengthening the systems. Power is making zero-exceptions policies that endanger, rather than help, women.

In the beginning, the so-called Founding Fathers of the United States, who sat down to chart out what this country would look like, what its values and morals would be, who would have rights and how they’d be protected, were all white, wealthy, property-owning men. Nearly 350 years later, the people who define the country’s values and morals, who decide who has rights and who doesn’t, are mostly white, wealthy, property-owning men.

The difference is that not only has there been a formal push to broaden the idea of who has power in the country, the population trends highlight the sheer growth in numbers of women and people of color—and when you look at educational attainment, Black women lead all groups in educational attainment, and women overall are more educated than men.

The men in power seem to be throwing tantrums to maintain it, finding new and revisiting old ways of voter suppression and gerrymandering to limit representation in federal and state legislatures and the judiciary. Even those who claim to want revised policies—codifying the protections of Roe v. Wade into law, for example—are unwilling to exercise their power to overturn the damning decisions, namely in this case ending the filibuster in Congress.

Instead, they use the issues at hand as political wedges to drive conversations about voting in the midterms. Except the recent election cycles have seen record turnout after record turnout, in spite of the best efforts of those in some states to purge voter registration records and rewrite laws. And what we’re seeing is that voting alone won’t change this country if consciences don’t change. And consciences can’t change if folks are still afraid of giving up their power.