Habari Gani: The Falsity of Inclusion on Campus 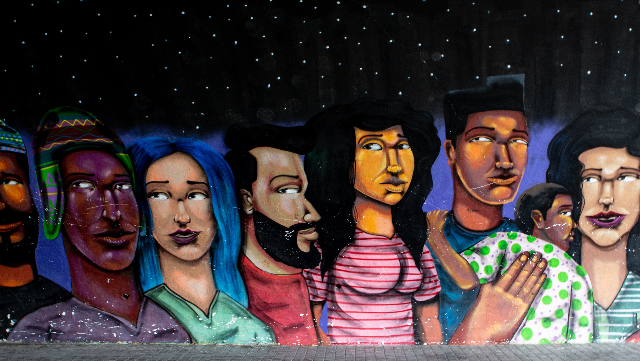 I had a realization recently that despite all of the rhetoric and even genuine efforts around inclusion in the academy, as an institution, it remains largely inaccessible and exclusionary.

Realization is probably the wrong word. The right word is probably reminder. But as I sat recently across the room from someone who was struggling with a Ph.D.-level assignment, not because she didn’t understand the material but because she didn’t feel smart enough to articulate her understanding, I realized that we still have not done a good enough job of making the academy a place where everyone feels welcome.

Hiding behind the Numbers

I say we because though I’m not an academic, I have for years coached higher ed leaders around their diversity, equity and inclusion practices.

I’ve helped leaders dive into the data to figure out what stories the numbers are trying to tell us—despite increases in enrollment of Black and Hispanic students, first-generation students, and others who have been marginalized by society at large, their numbers still remain fairly low at most institutions.

Many have hidden their explicitly anti-Black and anti-Mexican and other Central American cultures behind increases in enrollment of international students, particularly from Asia, and a broad “diversity” blanket. They play shell games with deferred admissions that push some students to spring admission, because the way we collect data in higher ed only tracks first-time, full-time enrollees in the fall, which means thousands of students remain uncounted in the data that exists. In other words, they can continue to serve students poorly, because no one is keeping track.

There are so many stories to be told by the data—including by the data that doesn’t exist. And sometimes, with some leaders, I believe they really want to solve the problem and figure out how to do better, to make measurable progress at being more welcoming to students and faculty and staff of all backgrounds. In many instances, I believe their attempts to be much less genuine. More proactive crisis management than a real desire for change.

I’ll never forget the time someone told me I needed to root equity conversations in a discussion of the economy, institutions’ bottom lines, enrollment goals. Because that’s what leaders really cared about. And I’ve gotten proficient in doing that—one of the marks of a good communicator is being able to embrace the language of the audience to advance one’s goals—but it has never stopped bothering me. I’ve never stopped thinking about how the humanity of whole groups of people is never enough to make a compelling argument. How this country still doesn’t see Black people, who the law once recognized as only three-fifths human, or Hispanic people, whom we can continue to dehumanize based on their immigration status, or LGBTQ people, whom we continue to reduce to their sexual orientations, as people.

The truth is that higher education was built on elitism. Education as an institution in the United States was built on who we keep out, rather than who we let in. Emphasis on selectivity continue to drive rankings, which colleges and universities (and the public at-large) continue to use to measure institutional value. And despite attempts to let more people in in recent years—partly driven by a recognition that population shifts in the country mean that if we don’t let more of these people in, the business model will crumble—has not translated to making people feel more included in the enterprise. Many institutions and disciplines still embrace a weed-out culture designed to get students to fail fast so they can weed out those they see unfit to serve in the professions, rather than a nurturing culture that surrounds students and helps them be successful in the fields.

For faculty and staff of color, higher education can often feel very isolating; they’re on their own in a world not created for them, just like the students. National conferences at which they present their research (a needed component of tenure, another system baked with bias that sees fewer of them promoted) leverage their popularity to boost registrations while still shutting them out and subjecting them to racist attitudes inside the conference community. It’s not much different than when Black people were reduced to exhibits at the world’s fair or zoos and circuses around the country—used to draw crowds to line the organizers’ pockets, while being treated as subhuman and having their personhood devalued.

For first-generation scholars, the feeling of this is not a place for me is even worse.

On this particular day, as I watched a woman I love dearly passionately explain to me the reading she was working on and the connection to her work while simultaneously struggling to put any of those thoughts onto paper, I found myself reminded that a system that was set up to exclude her and weed her out, that didn’t intend for her to make it as far as she has, still has not made her feel competent enough to thrive in the environment.

She is resilient, she is persistent, she is strong and she has an incredible advisor—a Black tenured professor serving as an endowed scholar in her department—who won’t let her fail. But she’s still battling against others of non-color who discount her lived experiences and who continue to make her feel like this is not a place for me. The work isn’t necessarily hard—as I reminded her on that day, you know this stuff. You got this. I’m listening to you, and you got it—but navigating the work and the corresponding battle of belonging is.

And I, for one, am tired of institutions continuing to place the burden of inclusion on those seeking to be included. It is time for colleges and universities to do the hard work to shift their cultures so we no longer have to refer to scholars, especially Black women scholars, as strong, resilient, and persistent.