Study Details the Underrepresentation of Women in Presidential Positions 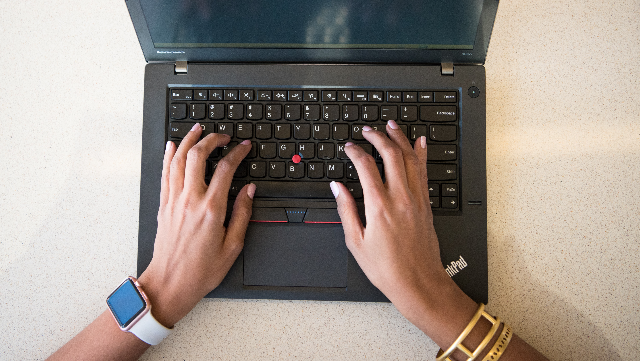 As more and more women have earned doctorates and entered the academy, it is reasonable to assume that there will soon be more women in leadership roles. A recently published study, The Women’s Power Gap at Elite Universities: Scaling the Ivory Tower, shows that women, particularly women of color, are underrepresented in the presidential position at R1 institutions (universities with very high research activity defined as R1 by the Carnegie Classification).

The report was produced by the Women’s Power Gap (WPG) Initiative, which was created in 2018 by the Eos Foundation to increase the number of women from diverse backgrounds among CEO and C-suite leaders. WPG conducts and commissions actionable research on various economic sectors, designed to generate public dialogue on the issues and hopefully lead to changes in practices and policies.

The report was born when Eos Foundation president Andrea Silbert learned that in the state of Massachusetts, the number of women holding presidencies at state institutions had decreased from five in 2007 to none in 2016. She and her team looked at 93 institutions in Massachusetts, from community colleges through R1 institutions, and ranked them on the basis of factors related to gender representation, while also collecting as much racial and ethnic data as possible.

“At community colleges, women and people of color were much better represented, and the highest obstacles were at the elite universities that are considered R1,” said Silbert.

Eos Foundation convened a confidential summit of university presidents and discussed the struggles, particularly for women of color, and positive changes occurred.

“The number of women of color presidents more than doubled in Massachusetts [since the first report was released]—still not at these R1s, but among all of the schools—and now we have three of our nine state universities led by women,” says Silbert. “We saw change, which was exciting, so we decided to go national.”

What Silbert found particularly interesting is that women make up close to 40% of academic deans and provosts, but only 22% of campus presidents, with just 5% of campus presidents being women of color. The report notes that typically 75% of presidents come from the ranks of academic deans and provosts, which makes the small percentage of women all the more perplexing.

As is often the case at corporations, said Silbert, “Women make it to the positions just below the CEO’s office and they don’t make it in the proportionate amount to the final office.”

While funnel issues do exist, Silbert said the significant percentage of women in dean and provost positions shows there are women in the ranks to pull from. “There is something going on between the provost level and presidency … and we’re exploring that,” she said. “There are biases around underrepresented groups serving in these leadership positions.”

Various factors, such as whether an institution currently has a female president or has ever had one, were considered in the report’s Comprehensive Gender Index and Ranking. The top-ranked university was University of California Santa Cruz, at which the current president and two past presidents are women. At the bottom of the list is the New Jersey Institute of Technology, which has never had a woman president or provost and where among the academic deans only 17% are women. Nearly half of the 130 R1 institutions were deemed to be “in need of urgent action” to address lack of gender representation.

The report notes that only 26% of board chairs are women and only 8% of boards have gender parity. What Silbert found particularly noteworthy is that only 38% of the 130 institutions would provide information on the diversity of their governing board.

“Our focus going forward is going to be trying to get disclosure of board data,” said Silbert. “We are focused on boards of trustees, focusing on the process for hiring. We’d love to see the data, in terms of what percentage of the finalist pools are women and people of color and the percentage of the people selected…We’re really curious about selection bias…and seeing those boards tackle unconscious bias.”

In terms of racial representation, the report notes that since 2020 the number of Black male presidents at R1 institutions has doubled, but Black women have not seen similar gains.

“We presume that was intentionality that came out of the racial justice movement,” Silbert said. “There are plenty of candidates for the presidencies. If you want to find men or women of color, you can find them. To us, there was some intentionality, but it didn’t help Black women. So, what we would like to see is disaggregated benchmarks.

“If you don’t disaggregate your goals and have goals for each [group]…you’ll end having women of color left behind,” she adds. “I hope that DEI becomes a priority, rather than what I see at many schools, which is a lot of talk, but not a lot of action.”