Habari Gani: Who Gets to Be the Expert?

Written by
Autumn A. Arnett 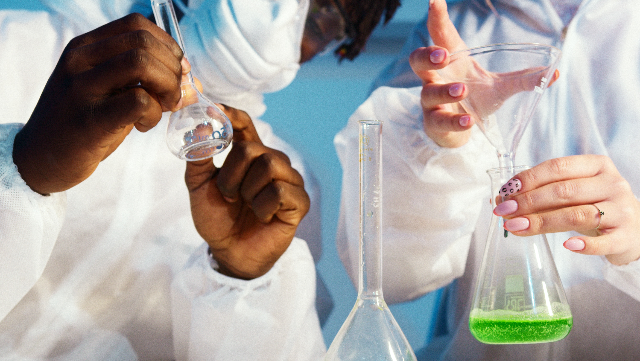 April 3 marks the 72nd anniversary of the death of Carter G. Woodson, who is known as the father of Black history and the man who founded “Negro History Week,” which would grow into Black History Month. But the thing that sticks out to me the most about Woodson’s body of work is the fact that he pioneered the idea that the field of Black history and Black studies should be owned and advanced by Black scholars who are able to “think Black.” While he welcomed the interest of white scholars in the field, he believed in letting the people with the lived experience of being Black in America be the experts on Blackness.

I’ve thought a lot about this question of who gets to be the expert in the academy, but even in other workplaces and the country as a whole. I’ve talked to so many of my friends and colleagues, and many of them have lamented that while their contributions to their campuses are appreciated from a service standpoint—they’re often tapped, without compensation, to serve on various committees about diversity or student activities, and their lived experiences and even research expertise seem enough in those unpaid capacities—they don’t feel respected as intellectuals or professionals the same way others on campus are.

Too close to the work?

I’ve heard critiques that Black scholars and other scholars of color shouldn’t focus their research on Black or ethnic studies, because they’re too close to the subject. It is an asinine premise; it is precisely that closeness to the subject that adds richness and depth to every field, and a recognition that none of the groups is a monolith. But I’ve also seen my scholar friends jump even greater hurdles trying to enter other fields. In STEM or education or legal disciplines, I’ve watched people wrestle with a feeling of there-can-only-be-one-ism, or the idea that there’s only space for one person of color or one LGBTQ person or one insert-intersectional-identifier-here person on the faculty of a given department. As if there’s a cap on how many people who are not white and male can be hired and promoted in the academy.

Most of my friends look like me; I’m a Black woman who grew up in a Black church and graduated from a historically Black college, whose work has largely centered around issues of access and equity in higher education. For many of us, if we are honest, our worlds and our social circles and our networks largely reflect us and our backgrounds. The places where we, for the most part, feel the most comfortable being vulnerable and opening up to have those real conversations about what’s going on are among people who share our values, beliefs and, often, backgrounds.

My lens is always going to be that of a Black woman, and the people I talk to the most are also Black women and men. But though most of these conversations have been with people who look like me, I know—from conversations on social media, from articles written by other women in other publications—that this extra burden of proving our worth on campus is one felt by way too many women, from students to administrators and everyone in between. It is especially true for women who are first-generation college students or first-generation Americans, or those who come from low-income or working-class backgrounds.

Many women, and especially women of color, battle simultaneous feelings of too-muchness and not-enoughness in professional environments. We are often more than qualified for positions (a March report from the American Association of University Women found women in academia often feel they must meet 100% of the traditional qualifications of a job, or they won’t apply—even as they watch male colleagues take a “glass elevator” to the top on lesser credentials and less time served), but simultaneously not enough for a system that isn’t ready to acknowledge us as fully human.

In the history of the court, there have been 115 justices. Five have been women, and three have been people of color. Sotomayor is the only woman of color to serve on the court, and if confirmed, Jackson would be the first Black woman. It is as if there’s a cap on how many people who are not white and male can be appointed to the U.S. Supreme Court, too.

Of course, this idea of there-can-only-be-one-ism is absurd at its core—in the academy, and in the U.S. Supreme Court. Brilliance, like equity, is not pie: More for me does not equal less for you. We can elevate the voices of others without losing our own. Women, Black women, other women of color and LGBTQ women are just as brilliant, just as qualified, just as called to lead as white men. And in many cases, our lived experiences and intersectional expertise make us more qualified to lead in an academy and a country that is increasingly not white or male.

Habari Gani: Who gets to be the expert in your department, in your institution, in society at large? Whose stories are getting told, and whose voices are you elevating in important conversations?