It's Coming from Inside the House 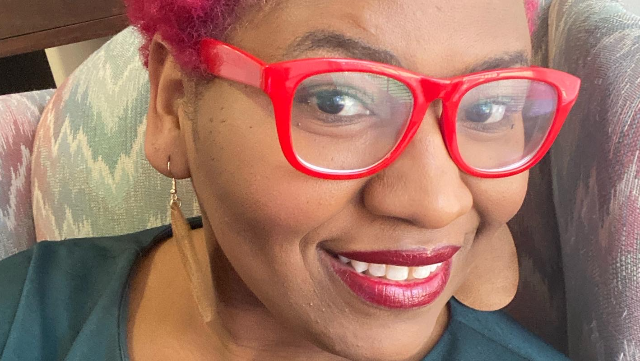 Law professor Kimberlé Crenshaw’s articulation of intersectionality paved the road that many Black women scholars like myself have traveled. While initially referring to the unique positionality of Black women that left us vulnerable because race-based policies protected Black men and gender-based policies protected white women, intersectionality has since been applied to a host of concepts from feminism to architecture.

Much like the term intersectionality, the phrase, “it’s coming from inside the house,” is evocative. Based largely on urban legends, the phrase conjures up horror movie clichés including ominous telephone calls, heavy breathing and a crazed killer lurking inside the very house that a frightened young woman is calling from.

If you’re wondering what these two things have in common, I have asked myself this same question. While the process of striving for tenure may indeed be the stuff of nightmares, I’m thinking of a different analogy. I am the young woman on the phone who doesn’t know if the source of my existential dread is a killer outside or if, in fact, there’s a villain inside the home. Though we are not at risk of imminent death, I want to reflect on the unique precarity of a certain type of academic—those whose proximity to home in the form of family has been both a blessing and a curse.

Intersectionality, family and the plight of the invisible academic

My mother, a 66-year-old Black woman with two degrees, recently said to me, “I don’t know how you’d make it if you had more work to do.” I was shocked, I was upset, but more than any other emotion, I felt disappointment. Deeply.

Less than a week after my second hip replacement in a span of six months, my mother watched me sit at my desk and work on edits that I had to get back to a journal. She had flown in and out of state to help chauffeur my minor children when I had academic conferences, deadlines, surgeries. And most shockingly, in the two weeks leading up to the “If you did more work…” she had seen me at that desk with my virtual writing group talking through things, establishing writing goals for the day, and most importantly, she had seen me writing. In response, I said, “mom, I’ve been working every day for the last two weeks.”

Even though my mother has college degrees, most of her jobs have utilized tactile skills, while most of my employment has engaged my mind. Such abstract conceptual labor was so imperceptible to my mother that it seemed like I had been playing on the computer for those two weeks. Further complicating our exchange is the fact that the only thing I will have to show for this work is an article, not unlike this one, that she will likely never read.
Work no one sees
It was only after my exchange with my mother that I realized that she had no clue what I do. Sitting around writing about literature and culture must seem like doing nothing. Surely it must, or she would not imply that I do more work. I have even pondered if the subtext of that exchange was that I should do different work. Work that had value in her eyes. Work that she could see.

My epiphany reminded me of those memes where there are four or five images depicting your profession. One is always a glamorous version of your occupation. Another image is what a family member or loved one thinks you do, and the last one is what you actually do. But those memes never feature someone who is watching while you work. My mother had been watching me for weeks, yet for all her watching, she did not or could not see. It seemed impossible to explain that my research occurs at my desk. My teaching preparation occurs at my desk. And now, due to COVID-19, my social life largely centers around my desk.

Although I am not a first-generation college student, I am the first person in my family to receive a doctorate. I recognize that this is a privilege. As exhausting as February is for Black academics, I also know that it is not as taxing as a week in the life of a K-12 educator, a career that my mother and I both enjoyed at some point in our adult lives. Although I often lament the fatigue of being a Black faculty member during Black History Month, I accept that the intellectual and emotional labor I expend is not the same as the back-breaking physical labor that my mother endured to buy me a piano, buy my first car or send me to Ghana to do research that I have yet to do anything with, at least as far as she can see.

Much education, much responsibility

In short, my mother labored to give me the accoutrements of a middle-class life. Because of this labor, my affective, intellectual and, in some cases, physical effort, is invisible to her. To be clear, I am no stranger to physical work; I was employed in low-wage jobs for a good portion of my adult life. As a graduate student and early in my career as a junior scholar, I thought that I should work harder to be paid more. The litany of jobs I held include having been a hotel night auditor, driving for Uber and even a brief stint as a blackjack dealer.

I worked these jobs because I had not yet learned how to monetize my thoughts and words in a way that would have a meaningful effect on my family. Was it misguided to overextend myself so that my family could have the trappings of a middle-class life? Most certainly. Would I trade those experiences? Absolutely not. They helped me understand my mother’s vulnerability and, by extension, my own. When you come from a working-class background, you are always waiting for the other shoe to drop, constantly dogged by the spectre of what-ifs.

Many of us come from families that have sacrificed much for us to be in these spaces; yet it seems they get so little in return. Like the maligned Peter Parker, with great education comes great responsibility, but to whom do we pay our debt? Is it the student loan processor, the tenure and promotion committees in our departments or institutions, our families or ourselves? Only when we discover the answer to this question will we know whether the call originated from inside or outside the house.

Dr. Constance Bailey is an Assistant Professor of English at the University of Arkansas where she holds a joint appointment with the African and African American Studies Program. Her article, “Signifying Sistas: Black Women’s Humor and Intersectional Poetics,” is forthcoming in the journal Meridians: Feminism, Race, and Transnationalism. When she is not spending time with her children, Dr. Bailey is hard at work on her first manuscript, The Predicament of Crossing: The Black Collegian in Popular Culture.