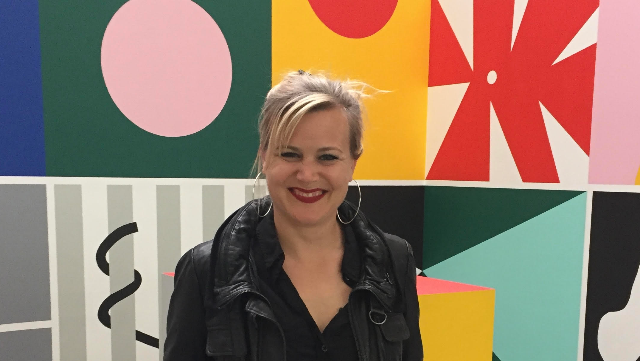 Dr. Vanessa Carlisle is an educator, author and coach. Her newest novel, Take Me with You, reflects complex dynamics about sexuality and incorporates some elements that have impacted her life.

As a coach, she works with individuals and couples who want to tap into their sexual expression. She’s a speaker at colleges and universities, often requested by women’s, gender and sexuality departments that want frank conversations about sex work and sex workers’ rights. Pre-pandemic, she spoke on a panel at the National Women’s Studies Association’s conference, describing sex workers’ rights as a resistance movement.

“I’ve been navigating stigma about my sexuality and my work in sexuality for over 20 years,” said Carlisle, who is very clear that she worked in the sex industries for 22 years, including being an out of the closet sex worker during graduate school. “I work in gender studies and women’s studies. I work in this field where the questions of sexuality, performativity, authenticity and agency are the questions I’m dealing with every day.”

Carlisle earned a Ph.D. in creative writing, literature and gender studies at the University of Southern California. She’d previously earned an MFA in creative writing, which included a few theory classes. Upon graduating, she didn’t feel up to the task of thinking and writing at the level she wanted. At first, she thought she just needed more practice writing, and while taking that time to practice, she supported herself dancing in strip clubs with live cabaret shows and a burlesque troop. Eventually, she realized she needed more training in theory, which led her to USC.

“What I really wanted to do was creative writing that had theories behind it, and I wanted to be able to teach at that level,” Carlisle said.

Originally, she thought she’d become an academic. “I believed myself to be part of a cohort that had wonderful prospects,” Carlisle said about scholars exploring radical queer and gender subjects, which she now sees as both possible and naïve. Things she experienced during her doctoral studies, she said, made it difficult for her to stay that course.

“My work became much more deeply political during the first year of my doctoral program,” she said. “I had been working in clubs and I had been a sex worker, but I had never been a political activist around those issues until that year. I made connections in the movement, and I became much more embedded in movement work at that time, and my work reflected that.”
Carlisle’s research began to explore the ways that sex workers’ rights, gay rights and Black radical movements have always had communication that hasn’t been part of published history, but archival evidence exists.
Necessity brings creativity

During her time at USC, Carlisle was an adjunct instructor, including during the fall of 2016, when following the election of Donald Trump her office was full of students of color, queer students and women who were getting threatening messages and being harassed.

“My work at that time was very much about teacher training and being a teaching assistant (TA),” said Carlisle, who was teaching a writing composition class and was also a TA in a poetry and gender studies class. “It was about my development as an academic, and I was sitting in my office doing emotional triage for students who were under threat. I realized that actually is my work.”

Carlisle said she experienced class marginalization in the academy as someone whose background may seem nontraditional. She believes that shared experience of being somewhat of an outsider on campus is what draws students to her when they’re similarly feeling like there might not be a place for them on campus. “I’m a person who comes from a series of life experiences that are not held in esteem in the academy, so students who identify with me were coming to my office for support,” she said. “I became very angry, and I also became very motivated to create safer spaces for students.”

Her own experiences with trauma, as well as her studies of cultural and historical trauma and the ways people use punitive methods of social control when what is called for is trauma-responsive forms of healing, became the foundational principle behind her work. She’s currently ghostwriting a book about incarcerated women and survival.

“When you look at these things from an interdisciplinary perspective, it starts from the belief that trauma is a lens through which we have to understand people’s behavior,” Carlisle said. “That changes the way we move through social justice situations.”

Carlisle said that even though she isn’t on campus every day, she loves speaking to classes. “I adore being in college classrooms, especially when I don’t have to give grades.”

One of her lecture topics is Sex Work 101, where she often visits courses that touch upon the issues of sex work and what the rights movement is and means. This includes talking about trafficking or gendered violence.
She also works with licensed therapists and social workers, or others who have contact with sex workers, to help them better understand the population. “I can work with practitioners and I can also work with people who are trying to understand what the movement is—who’s involved, what it means, what the stakes are and what it means in the context of whatever wave of feminism we want to say we’re in now,” she said.

Carlisle writes and teaches on various sex-related topics and incorporates some of the themes into her novels and short stories. She also works with organizations and companies seeking training in gender inclusivity, consent culture and LGBTQ issues, as well as writing groups that want direction on shaping narratives.

Many of the undergraduates with whom she interacts are interested in social justice issues and are of the mindset to be changemakers. They have an interest in building safer and more just communities.

“I recently had my very first experience of teaching a sex work issues class where a student came out at the very beginning of class as a sex worker,” said Carlisle. “Usually, I teach the class and at the end of it—pre-COVID, when we were in person—somebody comes up to me at the end, very shy and very quietly said, ‘I’m one too. I’m so glad you came.’”

“This time, the sex worker came out at the very beginning of class,” she continues. “Apparently, she has been out for the whole semester, talking about it openly. I thought, ‘Ten years of me doing these conversations, I’m seeing cultural change.’ I felt really validated by the way that the class was supportive of her, listened to her, believed in her expertise.”

“The main thing that I’ve been fighting all these years is the way that people believe if you’re a sex worker, you’re stupid. It’s rare for people to divest themselves of that piece of stigma. Here I was in a classroom, not only was I receiving respect, which the Ph.D. offered me, but here’s this student who’s just out and the other students were able to see her as a full human being with the right to have an opinion about her own existence. That’s a big deal.”