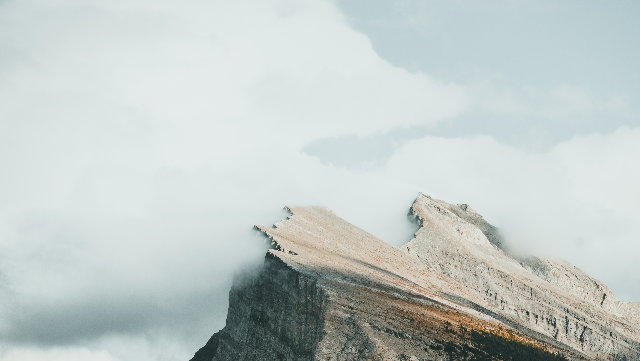 This is my last column as editor of this newsletter.

This might come as a surprise or not. After all, I have written about the temptation to quit my job previously. From the very beginning of the pandemic, I wanted to quit. Being a parent, teacher and worker simultaneously was hard. My children were stuck at home first because of the lockdown and later because they both attend virtual school.

My partner and I are privileged. We are able to work from home and keep our children in virtual school. Others have not had that choice. I know this, and I know I should be grateful. And yet, the situation is not as easy as it might seem because there is no ease for parents right now. The horrifying realities and limited choices of the pandemic are wearing down all parents. Covid cases rise and fall; variants surge. And somehow, folks think we can continue on as if everything is normal when nothing is.

I kept working as I wanted to quit. But I couldn't bring myself to do it.

Work was a paycheck, but it also defined me as a person. As work became less and less manageable during the pandemic, I didn't quite know who I was.

My career was not quite languishing but in a holding pattern. I turned down opportunity after opportunity because I couldn't take them on. Work felt more untenable as time carried on. Each issue of each magazine was harder to produce. I used to like being an editor of higher education newsletters. I used to be excited about reporting on higher education. But then, I didn't as much. I felt anxious, guilty and untethered.

My pandemic work life felt like I was barely treading water—on those days that I hadn't forgotten how to swim entirely.

Still, I worked through the pandemic as did so many others, through the deaths of loved ones, difficulties of schooling, bouts of depression and all the calamities large and small that seemed to define the days. I worked because I couldn't imagine not working. I couldn't actually imagine quitting because what would I do next? Who would I be next?

I tend to look before I leap. I tend to like to have a plan. There was no plan emerging for me. I couldn't see what might come after quitting. I couldn't imagine what I might do next. I couldn't even decide what I would do next.

My emotional bandwidth was too low to take on the future beyond getting up each day and doing what was required. Day in and day out, I moved forward, but I had no idea what I was moving toward. This desire to quit was first a whisper in my mind, then outward groans and grumbles, and then, words spoken aloud.

And I didn't know. I just knew I had done this before. Over eight years ago, I quit a lecturing gig without knowing what came next. I left academia and had no plan of what I would do. I was burnt out and pregnant with my second child. I had no idea what might happen, but I knew I needed some kind of change. Any change really. I talked about quitting long before I actually did. I quit. Eventually, slowly, I reimagined what my life would be and tried to make it so. I smugly thought I figured everything out. I hadn't.

And now, here I am again annoyed that I don't know what comes next but also knowing it has to be something else. The path forward was anything but clear, and it sucked.

A Moment of Clarity

And then, I had an inkling of what I might want to happen next—what might come after this job. I had one of those rare moments of clarity. My priorities had shifted, so I needed to catch up with them. I wanted to write more—finish the book that I have been working on for years and write new ones. I wanted to be more available to my family, especially my kids because they need me more right now. I had already prioritized different things. I wanted my life to reflect those priorities.

Being an editor of higher education publications was my work, work that matters, but it didn't define who I was. It was a role that no longer fit me as well as it once had. It was a role ready for someone else because I was ready for something else. I wasn't sure what I might find. But I'm searching to uncover what it might be.

Quitting was no longer something unimaginable. It became a possibility, and then reality, a decision that I could and did make. Now I was afraid that I was making the wrong choice, but when I finally made the decision to resign, I was calm, collected even. I finally knew it was time to move on. So, I knew I had to.

I'm sad to go but so grateful for my time at WIHE with such amazing regular and guest writers, production team and all of you lovely readers.

I'll miss you, but it's time to take a leap without knowing where I'll land. This is an ending but also a beginning. In the immortal words of Semisonic's “Closing Time” (and maybe the Roman philosopher Seneca too), “every new beginning comes from some other beginning's end.” It's an end and a beginning. And that's okay because I'm ready for what comes next.