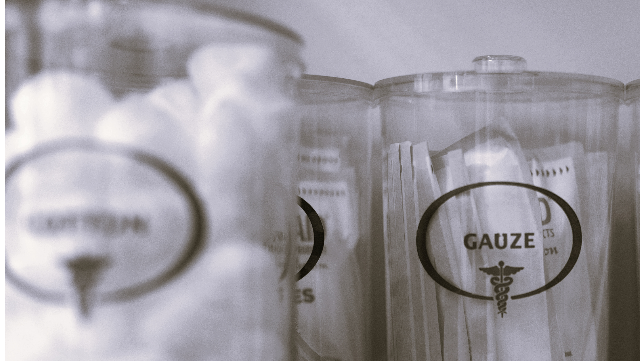 Growing up in southern Virginia, Dr. Debra Barksdale didn't know she was poor. She learned to read and write by copying text off canned goods because there were no books in her home. When the Lifecycle Library showed up at her home for a trial period, Barksdale read the series quickly before the books had to be returned. Her family eventually got a set of encyclopedias that she devoured; the dictionary was also well-used.

“We didn't have a lot of material things and some people would say we were poor,” says Barksdale. “I didn't even think I was poor until I went to the University of Virginia.”

Barksdale, whose early life would lead her to great success, was recently named dean and professor at the school of nursing at the University of North Carolina (UNC) Greensboro. She came to Greensboro from Virginia Commonwealth University where she was professor of nursing and associate dean of academic affairs.

Growing up watching the television sitcom “Julia,” starring the late Diahann Carroll, Barksdale was inspired to become a nurse. The then nine-year-old liked the nurse's cap the star was wearing and was happy to see someone who looked like her on television.

It was only later that Barksdale realized the character Julia wasn't doing any nursing on the show. Her regret is that she never wrote to Carroll to tell the actress what kind of inspiration she was to the young girl.

Although Barksdale's guidance counselor tried to steer this first-generation student into a three-year, hospital diploma RN program, Barksdale knew she wanted to go to the University of Virginia (UVA), the state's flagship institution, to get a baccalaureate degree. She also applied to Virginia Commonwealth University and was accepted to both schools.

Barksdale's class at UVA was the most diverse it had ever been at that time with only seven African Americans. Following graduation, she interned at UVA's hospital, rotating through different units before ending up in urology.

After becoming a head nurse, Barksdale knew she wanted more. “I found out about nurse practitioners, and I wanted to be one,” she says, explaining that she would conduct “really good physicals” on her patients as practice to emulate the nurse practitioner on the unit.

Barksdale earned a master's in nursing with an emphasis on care of the underserved and family primary care from Washington D.C.'s Howard University. Continuing her education, Barksdale earned a post-master's certificate in teaching from the University of Pennsylvania School of Nursing, while also becoming certified as a family nurse practitioner and educator.

She enrolled in a doctoral program in sociology at Howard University. Barksdale later switched academic fields when a teacher responded to her persistent questions saying, “If you want to see the change, you do the research.”

She decided to move from Howard to the University of Michigan because of her research interests. Barksdale was awarded her PhD in research from the Michigan, where she investigated the causes behind Black adults with hypertension and cardiovascular disease. She specifically was interested in how the social determinants of health such as stress and coping skills affected their outcomes.

Spending 13 years at the University of North Carolina at Chapel Hill following her PhD, Barksdale led the family nurse practitioner program and became the inaugural director of the doctor of nursing practice program. She was also UNC-CH School of Nursing's first minority tenured full professor. Later, she joined Virginia Commonwealth University as a professor and served as associate dean. After five years at VCU, Barksdale joined Greensboro in July.

Her academic career was supplemented with a variety of volunteer appointments. The U.S. Government Accountability Office under the Obama Administration appointed Barksdale as the sole nurse serving on the Patient-Centered Outcomes Research Institute's Board of Governors. Other high visibility positions included appointments to the Veterans Choice Act Blue Ribbon Panel and selection to the U.S. Department of Health and Human Services Primary Health Care Policy Leadership Program and the American Academy of Nursing, where she was named a Fellow.

Looking to Make an Impact

With a slew of certifications and high-profile assignments in the field, Barksdale is not one to rest on her laurels. She was drawn to Greensboro because of its mission and what “I might be able to help the constituents of the university to achieve.”

Not one to take an academic appointment or a volunteer position simply for the ego boost, Barksdale says, “I wanted to come to a place to make an impact. I've always gravitated to where I thought I could make a difference.”

A firm believer in the power of mentoring, Barksdale served as a Robert Wood Johnson Foundation Executive Nurse Fellow at the Center for Creative Leadership, which administers a three-year program for nurse leaders who are well into their careers.

For her individual project, Barksdale created a mentored leadership program she developed for other nurse educators. At the time, she was president of the National Organization of Nurse Practitioner Faculties and incorporated this program into the organization.

The first cohort, which consisted of all minority leaders from across the nation, named themselves the Delta Six—Delta meaning change. The mentored leadership program, which sought “to empower budding nursing education leaders with competence and confidence to be successful” is “alive and well,” although Barksdale no longer leads it.

Giving back to the profession is a priority for Barksdale: “I say, ‘we are them and they are us.’”

“In nursing, you have a lot of the same people across organizations,” she says. “One of the reasons I do volunteer is because of representation.” She notes, “It's important to be at the table.” Once she's there, Barksdale is insistent about contributing.

She believes in “doing what you say and doing good work.” But not every invitation is accepted; the opportunity must align with her values. Her presence and work ethic has become an “entrée for a lot of venues because they [know they] can count on that.” By showing up, Barksdale contributes “my voice, my talent and my perspective.”

No wallflower once she's at the table, Barksdale is a firm believer in having hard conversations. She also notes, “I will take a position I don't believe in in order to have a conversation.” For others looking at professional opportunities, she urges them to build their own teams: “Find your people and play well in the sand; it's not a solo act anymore.”

Many of us need the occasional help to balance what's important in life and what isn't. “If COVID has taught us anything, it's how precious life is,” says Barksdale.

Since moving to Greensboro, she has incorporated walking while exploring local parks; she also has a daily yoga practice. An avid reader, Barksdale is a big fan of post-apocalyptic fiction, which for many of us has become all too real this past year. Podcasts and Netflix are also favored forms of relaxation. She has a daughter and son-in-law who recently relocated to Washington, D.C. for work.

Barksdale urges others to learn how “to set some boundaries early on.” She herself tries to avoid sending emails over the weekend saying, “I need to set the example and the tone for the organization.”