“If You Never Bleed, You're Never Gonna Grow.” 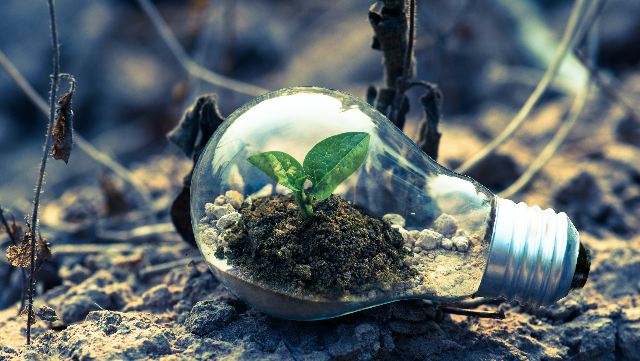 Two things happened to me in 2021, which feel more important than all of the rest. I turned 41 and lost my dad within the span of a month. During the endless pandemic, both happened so close together that they felt inextricably bound.

In mid-August, I had a birthday dinner with my parents, kids and partner in my dad's bedroom where he lay in a hospice bed. I don't remember much—just sitting nearby, eating together and chattering inanely. It was a celebration that felt anything but. I knew it was my last birthday with my dad, and it was slowly crushing me.

I was also having a small (or not-so-small) existential crisis. Turning 40 was uneventful, but turning 41 was another matter entirely. This birthday felt more significant somehow, and I was convinced that I was a selfish jerk. My dad was dying, and I was freaking out about who I was as a person, what I had done, what I had left to do and who I wanted to be. There were accomplishments, successes even, behind me. But my present felt like one failure after another as a parent, a daughter, a writer and an editor.

The future seemed hazy. I lay awake at night convinced I wasn't doing enough while also knowing that I couldn't do more. I was worn down, stifled by who I was turning out to be. Grief weighed me down, and work and parenting obligations did too. I was managing everything while admitting that I didn't know how to deal with anything.

Pre-pandemic me was long gone, and pandemic me was barely recognizable—an insecure, anxiety-ridden mess trudging haltingly from one day to the next with no plan for the future.

But pandemic me wasn't really me either. I was changing until I had changed. Without realizing it, my priorities shifted. I was growing little by little, becoming another version of me. What was happening to me happens to all of us. Our lives can change suddenly and unexpectedly or so slowly that we hardly notice. We have to figure out how to move forward—to continue—even in the most awful of situations.

That moving forward requires a refashioning of who you are. It feels like every time I've figured out who I am, life happens, and I'm left scrambling to figure it out again and again and again. It's an endless process.

I'm never as settled as I think I am. Neither are you.

Our lives aren't static. They can't be because our experiences, good or ill, change us. Those experiences can define who we are. And we can't move backward to a time before. It's simply not possible. There's a before and an after, and I, you, we, all live in the after.

And you never know what is going to come along and change your life. Sometimes, it's the birth of a child or the death of a loved one, a chronic illness, getting a job or losing one, starting a relationship or ending one, a big move or those terrible things that are hard to speak of. Sometimes, it's small changes that gradually shift who you are before you even notice.

While some of us might seem to have a clear sense of who we are or that we know what we are doing, we don't. Because, as they say, shit happens. How we react and respond changes us. We are different on the other side. How could we not be?

Unending change is exhausting. I understand why some folks try to resist or persist as if everything is still the way it was. But change changes us…whether we want it to or not. We all have to figure out how to carry on and to be the new person we are now.

And here I am once again realizing that I am not who I used to be. My dad's death, the pandemic, turning 41 and a host of other things made me someone new. Some of the changes creeped up on me; others smacked me in the face. I can't change back. I once again have to figure out how to move forward with my grief, exhaustion and circling doubts about whether who I am is who I need to be.

And yet, I can't get a Taylor Swift lyric from her song, “the 1,” out of my head. It echoes in my mind. She sings, “If you never bleed, you're never gonna grow.” Sometimes, I sing along. There's a truth in her lyrics. We can't ignore the things that happened to us—those that make us bleed and those that don't. I know I can't.

And I, like every other human being, have to figure out what comes next.

I have to figure out how to grow and then actually grow if I am ever going to become the person that I need to be at this very exact moment. Growth requires that we change to fit into the present and get ready for the future. The past defines us. It can lead to growth—if we don't let it hold us back.

Now, growth is not easy, but it's necessary to become the people we need to be now and later. We can only grow if we let ourselves. Hopefully, we grow into better versions of ourselves. We might even outgrow who we once were, shucking who we were to be who we are now. That's okay. Sometimes, it feels right. Sometimes, it hurts.

Growing and outgrowing are part of being human. At least, that's what I tell myself as I wait to see who I will be next.