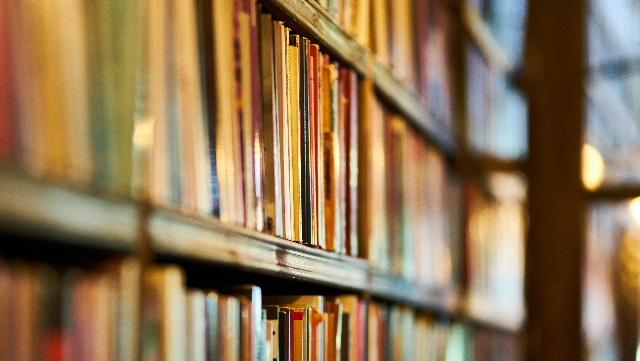 As the centennial of the 19th amendment—which brought women the right to vote—approached, scholars and advocates became outspoken about conspicuous omissions from most narratives about the Suffrage Movement. In her book, Recasting the Vote: How Women of Color Transformed the Suffrage Movement (2020), Dr. Cathleen D. Cahill explored the diverse voices that fueled the movement.

“We have to acknowledge the way in which white Suffragists were really excluding [women of color] as part of the strategy that was meant to try to get white Southern politicians' support, but also just general racism in the U.S. at the time,” says Cahill, associate professor of history at Penn State University, who describes herself as a social historian who explores the lived experiences of ordinary people, primarily women.

Going into writing Recasting the Vote, Cahill thought she would be drawing on existing writings and putting them together to compare women's experiences. In some cases, she did that, particularly with reference to African American women, where there has been some outstanding scholarship. For other groups, she had to explore new sources to gain information.

“I ended up doing more primary research than I anticipated, especially around the Chinese and Chinese American women,” she says. “Even some of the Native women, we knew their stories broadly, but people hadn't looked quite as specifically at their Suffrage work.”

She could not have written this book without the digitization of newspapers, which are such a rich source, Cahill says, calling them the social media of that era. There were African American, Chinese, Spanish and even Native newspapers that documented who was in communication about the movement.

“Part of the reason many of these women weren't always thought about as Suffragists is they weren't in the National American Women's Suffrage Association journals,” says Cahill. “But the groups that they were in often had their own journals or newspapers.”

One example is Mabel Ping-Hua Lee, the daughter of a pastor in New York's Chinatown, who played a pivotal role in the New York Suffrage scene, including riding with leaders in the well-documented 1912 parade. When Lee was an undergraduate and graduate student, the Chinese student association had a publication for which she wrote. She kept the U.S. Suffragists informed about goings on in China.

Upon reviewing these publications, Cahill explored where and how these communities were having conversations around Suffrage, activism and citizenship. The fact that there were international conversations between women in the U.S. and China, which was undergoing its own women's movement, was, to Cahill, her most surprising discovery.

Cahill's parents, both high school teachers, were interested in history, and family trips often revolved around historic sites. Her mother was politically active. They often spoke about the past, either broadly or about family history.

“I always approached the world as there is a past to every place and every person, and I'm curious what that is,” says Cahill. “From the time I was in college, a lot of my research papers and interests were around the question of women's history.”

Growing up in Northern California, Cahill lived near two Native American reservations. It made sense to her that there were different groups of women with different experiences. As she developed as a scholar, she became interested in people's lives and social history, with a particular focus on exploring women's experiences and how their everyday lives shape who they are.

In her research for Recasting the Vote, she saw clearly that communities of color were advocating for voting rights for both women and men because the men in their communities were also disenfranchised.

“One of the other big points is that we have to rethink our chronology,” Cahill says. “For a lot of the women that I write about, they were denied [the right to vote] on other bases—citizenship, language, class, they couldn't pay the poll taxes. There are many ways they continued to be disenfranchised and had to continue fighting after 1920.”

“What I love to do in the classroom is introduce my students to people so that they get the sense that these historical figures were people living in worlds in which they were having to make decisions and figure out how to survive,” says Cahill. “A lot of the things they were thinking about can be very relatable to the students.”

Making history come alive connects students to the material. Cahill teaches both undergraduates and graduate students and has taught a range of undergraduate courses—from large lectures to honors students who are writing their capstone theses.

“Teaching keeps you really engaged with ideas,” says Cahill. “Being able to introduce students to things and seeing it through their eyes keeps it fresh because each class is a new class.”

She also learns from her students, such as what's cool in popular culture. When she teaches women's history, she gains understanding of how things are changing, much of it driven by young people.

“It's always invigorating and something new,” says Cahill. “You feel like you're bringing students something they didn't know and expanding their world or teaching them about people in the past that they can identify with in a way they haven't experienced in their history classes before.”