No Space to Grieve 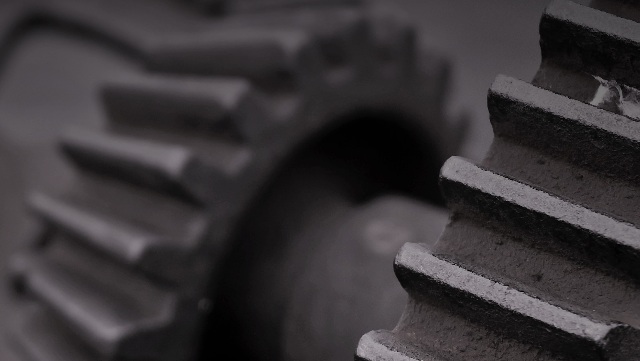 My dad died two months ago after a four-year battle with stage 4 brain and lung cancer. We knew it was coming. That didn’t make it any easier.

His decline became more and more rapid as this past year wore on. With each visit, we lost a little more of him—memories disappeared bit by bit. We told him the stories of our lives together when he couldn’t remember. Eventually, he forgot my name. It was a sharp wound, somewhat dulled by its recurrence though it never stopped hurting.

But he told us, “I love you.” Over and over again. We told him that we loved him too. Memories disappeared, but love remained. Eventually his “I love you” became a faint whisper that I could barely hear.

As soon as the hospice nurse explained that my dad’s time was measured in days, my mom, sisters and I started a bedside vigil. We traded off shifts to get a couple hours of sleep, but he was never alone. We held his hands. I whispered that it was okay for him to go—when he was ready. I sobbed in distant rooms where he couldn’t hear.

Soon his time was measured in hours and then minutes. We kept our vigil. As he passed, we all stood by his bed, holding onto him as he took his last breath. We were there at the end—a rare privilege that not everyone has.

My dad died during this endless pandemic. His death, our singular loss, amid the loss of 777,000 Americans to COVID-19. We grieved while others grieved too.

Grief is weird and mercurial and unpredictable. While others were sad, I became an angry, feral creature ready to growl and attack anyone and anything that challenged me. I wanted to scream and rend and tear. I suffered a loss; I was at a loss. I didn’t know what to do or how to be.

And yet, I still had to work

So, I sat by my dad’s bed and worked. Later after I sobbed and raged and snarled, I also worked. I had to pull together this newsletter and the other that I edit. I had articles to read and write and immovable deadlines to meet.

Work continued no matter what was happening to me.

There were offers to help with the smaller parts of my job. One of my production editors rushed to help me because I told them that my dad was dying. In the middle of the night, I looked over proofs while sitting on the couch in a darkened room. So, I worked, even as I felt like my insides were being torn out. Proofs required approval. Emails had to be answered.

As an editor, I am a freelancer, not a full-time employee. I remain contingent like I was in higher education. I have none of the benefits of full-time work. While my schedule has some flexibility, I don’t have sick days. I don’t have paid family or medical leave. I can’t simply take time off with deadlines approaching, even as my dad was dying.

I’m but a cog in the machine for all the employers I have had, and I always will be. Employers have optimized and streamlined the machinery that manufactures their product. Capitalism requires both. This need for efficiency seldom considers what workers need. Capitalism doesn’t allow any slack for our complicated lives. It dictates ever-shrinking production schedules and tighter deadlines. There’s no concern for wellness or illness, much less births or deaths. The work is what matters, not us.

So, I worked when I could, in those scavenged moments between dying and death. I worked while I wasn’t preparing an obituary or funeral arrangements, comforting my two kids as they grieved the loss of their granddad or looking at my dad in his casket. I managed to work while I wasn’t at his funeral with my eyes firmly closed because if I couldn’t see then maybe my dad wasn’t actually dead.

I worked when I could, even as I was grieving. Work carried on as it is apt to do. I was living in the aftermath of a staggering loss, but that didn’t seem to matter. I was supposed to carry on too. I seemed to, even though I didn’t. I was falling apart. Pieces of me shattered on the floor, so fragmented that they couldn’t be put back together.

There was no room for me to grieve my dad, much less process what had happened.

I’m not alone. Many suffered losses during the pandemic. Our traumas happened in an already traumatic time. We have so much to grieve and no time and space to do so.

Folks, not limited to but including our employers and institutions, expect us to carry on no matter what we’ve lost. Higher education, in particular, seems resistant to admitting that faculty, staff and students have lives that should take precedence over work. When work is what matters most, people’s lives—what is happening in their lives—become afterthoughts, inconveniences or problems. We’re expected to work when our lives are disrupted by crisis, loss, tragedy or some combination of each. Time and space to grieve is fleeting and brief. As if grief can be time boxed or is ever really over.

Work continues on, and we work. We’re still cogs in the machines that keep capitalism running. Capitalism only cares about what we produce, not what production takes from us and definitely not about our lives. Capitalism doesn’t give a shit about our losses or grief. Work remains. We’re still expected to do it. There’s still no space to grieve, even as there should be.