How Panethnic Students Negotiate Their Identities in an Institutional Context 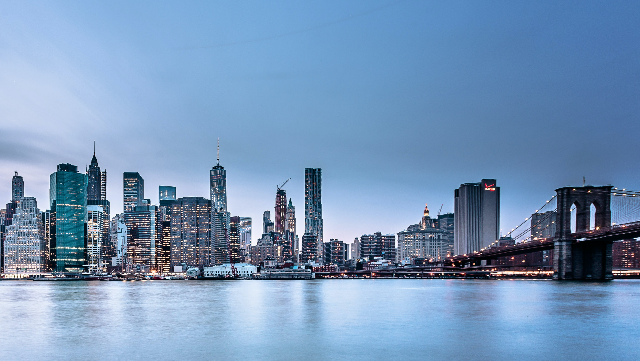 Dr. Yung-Yi Diana Pan, associate professor of sociology at Brooklyn College, part of the City University of New York (CUNY), has been navigating the pandemic and providing support for her students while also pursuing her research, not to mention helping her two young children through virtual learning.

Tragic events earlier this year impacting the Asian American and Pacific Islander (AAPI) community further intensified an already emotional time. Pan was on sabbatical during the 2020-21 academic year with plans to work on her second book but couldn’t accomplish as much as she’d hoped. She says her research interests—race/ethnicity, immigrant adaptation, culture and professions—have not changed, but they have become more nuanced.

“It wasn’t until after the [spring 2020] semester ended that I learned from my Asian American students that they had been harassed, which they never shared in class,” says Pan, who has taught at Brooklyn College since 2012. “Asian Americans are still being harassed and attacked. Asians have always been scapegoated throughout U.S. history.”

Race, racism and racial inequity are pressing issues for the minority majority student population of CUNY. African American students comprise 23.4% of students at CUNY’s four-year colleges, Latinx students are 27.3% and Asian American students are 24.9%. As the pandemic unfolded Brooklyn College students and their families were directly impacted by COVID-19, and Pan has done her utmost to make one-on-one time for students who needed it.

“We often make assumptions that once people get to these higher echelons everything is OK and they must have overcome any type of adversity to be ‘accepted’ into these spaces,” she notes. “I would argue that inequality persists.”

She planned her second book to be about on the experiences of professionals in law, medicine and academia.

“Now that I’ve conducted interviews last year over Zoom as opposed to in person, a lot of what my Asian American respondents were telling me very much related to their mental health with regard to the pandemic, but also what’s happening to our communities,” Pan says. “I’m trying to add some more nuance and think through how to incorporate that.”

“The history of the United States is very much intertwined with Asian migration, labor, innovators and formative members of our society, but we don’t learn about these things,” says Pan, who notes that AAPIs have been in the U.S. for centuries.

The role Asian immigrants played in building the U.S. railroad system is enormous, but as important as these experiences are Asian Americans are relegated to the margins of interest in American society and culture. She cites exclusionary laws that kept Asian immigrants, most notably Chinese laborers, from becoming U.S. citizens.

“Since the pandemic and the visibility of anti-Asian hate, there’s been a little bit more recognition of the inequalities that persist within Asian American communities,” says Pan.

A member of the Association for Asian American Studies (AAAS) and the American Sociological Association (ASA) section on Asia and Asian America, she also connects with other Asian American scholars through social media. Prior to earning her doctorate in sociology, Pan earned bachelor’s and master’s degrees in ethnic studies, and she has been part of the growing interest in studying the North American Asian experience.

“My own work centers on Asian Americans as racialized immigrants,” she says. “The academy and our society at large often marginalize Asian Americans or simplifies our experiences. We need to further examine and add more nuance to the North American Asian experience.”

Disaggregating the data by country of origin helps researchers bring to light the different issues. Pan says Southeast Asian immigrants sharing their experiences as refugees can be connected to today’s refugees coming from Afghanistan.

Pan says her students, many of whom are immigrants or first-generation Americans as well as being first-generation college students, are actively engaged with the issues she researches, such as immigrant adaptation. ethnicity and culture. It is a pleasure to teach CUNY students, she says, because they’re hungry to learn.

“These topics really resonate with them, and they readily participate in class discussions,” says Pan, whose family immigrated to the U.S. from Taiwan just before she turned seven. “I inject personal experiences into my lessons, and I invite them to share.”

Today, she makes room in her classrooms for students to talk about current events and pressing issues. Teaching both her courses—Classical Social Theory (an undergraduate course) and Diversity of the Professions (a Ph.D. level class at the CUNY Graduate Center)—remotely this semester, she still checks in with students to give them a chance to relate current events to their own lives.

“It’s nice to have these spaces where students can feel safe, be vulnerable, ask questions and express their feelings,” Pan says. “In my Theory class, we are reading a piece on anti-colonialism. … I make room to make classical theory relevant to our current lives.”

At Brooklyn College, there was a speakout after the murders in Georgia last spring in which Pan took part, speaking about the importance of reckoning with the marginalization of AAPI history and experiences and urging greater awareness and recognition. She moderated a session on the experiences of Asian American college students. For the past three years, she’s been working on Brooklyn College developing an Asian American Studies curriculum.

“The students remind me of me,” says Pan. “I thought what better than to work somewhere where I can help students who are trying to understand college and help guide them through that.

“Also, New York City is a natural lab and I get inspired with ideas.”