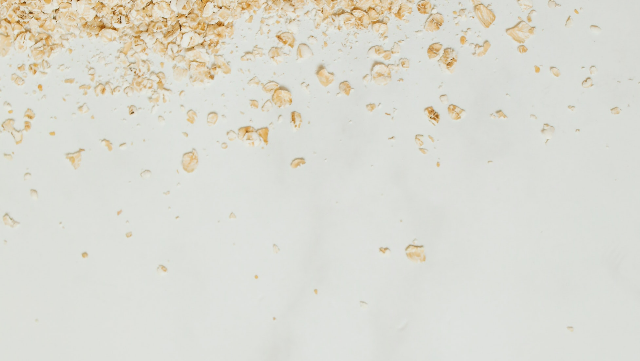 It was the oatmeal that did me in. My gluten-free oatmeal that I shove in the microwave a couple of mornings a week. As I prepared my breakfast, I talked to a seventh grader about her schedule for the upcoming day, offering reminders about what had to be done, and tried to convince a second grader for the 100th time that yes, he had to wear a shirt to virtual school. Live lessons don’t require shoes, but a shirt was not optional.

When I checked the oatmeal, it was soup. I punched in an additional 30 seconds and cycled through my own to-do list, frantically cataloging what I needed to accomplish for the day—what could be pushed to the next and what I might never get to. The microwave beeped; the oatmeal was still not done. I slammed the microwave door and punched in 30 more seconds. The kids grabbed my attention again, arguing about some TV show or another. I shooed not one cat, but two off the kitchen counter.

I grabbed paper towels to clean it up while cursing under my breath. When I reached for the bowl, I burned my hand. “Sh*t, sh*t, sh*t,” I chanted as I finally moved the hot bowl out of the microwave onto the counter.

My face crumpled, and I tried to pull it together.

“Mom, are you okay? You don’t look okay,” my seventh grader said.

I started crying in earnest. “I’m not okay,” I said.

I waved my arms around and said “Everything,” while diligently wiping tears off of my face only to have more fall.

She gave me a hug, and I put on a smile. I, of course, was not really crying over the oatmeal explosion. The oatmeal was the proverbial straw that landed on all the other things that already were crushing me—day in and out.

Virtual school was eating up even more of my time than the year before, and my anxiety about even accomplishing my work increased day by day. I had long given up on writing another book because who knew when I would ever have time to write like that again. I was watching my dad die slowly, receiving text messages and calls daily from my mom about him getting worse and worse. During our visits, I could see how rapid the decline was becoming, while knowing there was nothing I could do at all.

I was depressed—again—for what felt like the hundredth time since March 2020. And living under an endless pandemic was surely not helping me or anyone else. I was still a mom, a teacher, a worker, a partner and a daughter simultaneously. There was still no role separation, no break. For months and months, I knew I was burned out, but now I had reached somewhere past burnout. Somewhere, in which I felt like an empty husk and so full of worry that I might explode. Somewhere past the point of no return, while still having to get up and do the same hard things in the same hard way each day.

It was yet another year of being a working mother in a pandemic. And as I wrote last year, I was not okay and neither were other working parents, especially moms who still bore more of the burden of childcare and domestic responsibilities as we had earlier in the pandemic. But I was even less okay than previously. Okay had left me stranded and might never appear again. I was not alright, and other parents weren’t either.

But there was a significant difference between this fall and last. Last fall and this past spring, working mothers, parents and caregivers were on our radar. There were profiles of women forced to leave work to take care of their kids because of the utter lack of childcare and unopened brick-and-mortar schools. There were reports of women’s job losses and the wringing of hands about how the pandemic set women back not only in their careers, but also economically for their whole lives.

There were articles and studies about how the pandemic particularly impacted women scholars, especially mothers, and how they might fall behind their peers in ways that they couldn’t recover from. There were discussions about domestic labor and how the pandemic made hypervisible how its burdens fell on women. The plight of women caregivers had a center stage for a moment. And maybe, just maybe, something would be done to alleviate the pandemic’s impact on women’s careers and lives.

And yet, now, 19 months into the pandemic, something has shifted. Parents are struggling. Working mothers are still struggling, but it seems like folks care less. It seems like those struggles have become normal, unremarkable and maybe even expected. This is just how it is now. Caregivers and parents are expected to grimly move forward no matter what is thrown at us. And it seems like nobody but those of us in it seems to care.

In the rush to return to normal, no one seems to question that normal now includes parents worriedly waiting for the last straw that will bring us down and keep us there. Is this what we want normal to be?

I hope not because our caregivers deserve better. And we need recognition that things have not improved for parents just because folks aren’t paying attention to us anymore. In some ways, things have gotten worse. I find myself wondering if anybody really cares because it sure doesn’t feel like it.