Public Scholarship as a Feminist Project 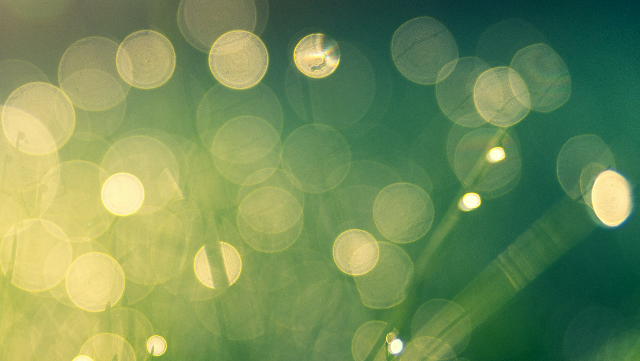 Sacred Writes, a Henry Luce Foundation-funded program that promotes public scholarship on religion, grew out of a conversation we had in a coffee shop five years ago.

Liz had just landed an American Council of Learned Societies/Luce seed grant to promote collaborations between scholars and journalists to get better, more-nuanced religion reporting out into the world. Megan had just finished a visiting assistant professorship teaching race, religion and politics during the 2016 election cycle. She felt like the public desperately needed to know more about all three.

Fueled by a sense of urgency and buttery scones, we sketched out plans for a project that would both incentivize collaborations between journalists and scholars and provide scholars with practical skills and support networks for producing public-facing work.

The project born that day was feminist from its inception.

The feminism of Sacred Writes lies in its commitments to acknowledging and addressing intersectional oppression within and beyond the academy, encouraging minoritized scholars to claim their expertise and insisting that public scholarship is a collective undertaking.

It is not an accident that our cohort of trainees include not only many more women than men, but also BIPOC and LGBTQ scholars. It is not an accident that media outlets ask us to help connect with a more diverse pool of academic contributors. We intended this project to support smarter public conversations about religion in public. However, we realized from the beginning that this is only possible when diverse voices can be heard.

So, diversity and inclusion were always part of our mission to encourage others, as our favorite hashtag puts it, to be #SmartInPublic.

Over the last three years Sacred Writes has helped scholars learn how to give high-impact interviews, write op-eds and explainers, use social media effectively, collaborate with journalists and support other scholars doing this work. But we have also learned more about why and how supporting public scholarship is a feminist imperative.

1. Public scholarship should be intersectional.

The Combahee River Collective, a Black lesbian feminist organization founded in the 1970s, laid the groundwork for Prof. Kimberlé Crenshaw’s theory of intersectionality by demanding attention be paid to interlocking systems of oppression. Their iconic statement highlights the ways race, class, gender and sexuality conspire to minoritize Black lesbians and challenges white women to do antiracist work.

Sacred Writes is one way we as white women are trying to answer this call. Our relative positions of privilege mean we have a responsibility to engage in ongoing antiracist work. The core of Sacred Writes’ mission is to direct resources toward minoritized scholars—to provide training, platforms and support for scholars too often ignored or sidelined in and beyond the academy.

We establish partnerships with media outlets to provide paid writing fellowships for scholars to share their expertise with established audiences and strongly encourage those outlets to work with minoritized scholars. In selecting participants for our public scholarship trainings, we ask our review committee to prioritize applications from scholars whose perspectives, areas of research and lived experiences are underrepresented in the academy.

There is always more work to be done to dismantle white supremacy, misogyny, ableism, homophobia and other forms of oppression in our institutions. But baking a commitment to diversity and inclusion into every level of our planning helped us get new voices into the public sphere, and everyone benefits from the ways this enriches our collective conversation.

2. You don’t have to know everything to know something.

It turns out that one of the very first things we tell our fellows in our training is the hardest for them to hear: “You know stuff and what you know matters.” Academics are an anxious people. Many of us suffer from chronic imposter syndrome. The academy is particularly isolating and traumatic, toxic for those who aren’t cis men and even more so for those who are not white, not able-bodied, not straight and not neurotypical.

This isolation and trauma is exacerbated by the fact that the majority of high-profile public intellectuals are white men with positions at elite universities. Whose public scholarship is taken seriously in terms of who is offered high-profile spots is deeply gendered and raced.

Some scholars are used to being taken less seriously; by the time we meet them in our training, they need to be encouraged and mentored through the process of just claiming their expertise. It turns out training in public scholarship is actually a form of therapy for any academic who’s been told not to take up space in the academy not to mention the world. When we tell them “If you are going to be smart, why not do it in public?,” we are trying to get them to own their well-earned expertise out loud because all of us benefit when they do.

Mary E. Hunt, a member of our Sacred Writes leadership team, said this to Megan a decade ago, and it’s been lodged in her brain ever since. (This quote originates with the Grail, an NGO that began as a Catholic laywomen’s organization.) Genius as a collective exercise, rather than individual merit, is at the heart of sustainable, responsible public scholarship. No scholar, no matter how well read, can know everything—indeed, claiming unique dominion over a subject is a colonial impulse to be resisted if public scholarship is to be anything more than what Dr. Nayantara Sheoran Appleton condemns as “a hollow rebranding.”

Sacred Writes trainings cultivate practical skills for the production of public scholarship, but the skills alone are not enough. (Besides, our trainees have PhDs. They can google “how to write an op-ed.”) We know—because our Black women colleagues and so many others have told us—that public-facing work is not safe. Queer scholars, disabled scholars, scholars of color, women scholars, trans scholars and so many other scholars minoritized within and beyond the academy are much more likely to encounter harassment, threats and even violence for sharing their work with the public.

It’s dangerous to go alone, which is why the most important part of our work at Sacred Writes is creating networks of accountability and support for our public scholarship fellows. This work is only sustainable if we do it together. It’s also a lot more fun. As Hannah McGregor insists in her “manifesto in progress,” “Friendship is the work. Feminist friends hold us up and hold us accountable, remind us where we come from and show us where we might go.”

Being smart in public together keeps us responsible to and for each other, as well as more able and more likely to do this work at all.

The goal of feminist public scholarship should be collective, collaborative knowledge creation.

Neither the public nor the academy needs another academic celebrity. We don’t need scholars trolling for attention or looking to monetize outrage or intellectual superiority. But collaborations that bring smart, dedicated thinkers into conversation and action—networks like the Grail or the Combahee River Collective—never stop being necessary.

We at Sacred Writes can only aspire to that kind of impact, but we can provide training and opportunities for minoritized scholars to share their expertise with the public—smart, careful, collaborative thinkers willing to build on one another’s knowledge and push complicated conversations forward.

Dr. Liz Bucar is the director of Sacred Writes and a professor of religion at Northeastern University MA. Her public scholarship includes bylines in The Atlantic, The Los Angeles Times and Teen Vogue. Dr. Megan Goodwin is the program director for Sacred Writes and a visiting lecturer at Northeastern University MA. She is the co-host of the podcast Keeping It 101: A Killjoy’s Introduction to Religion.