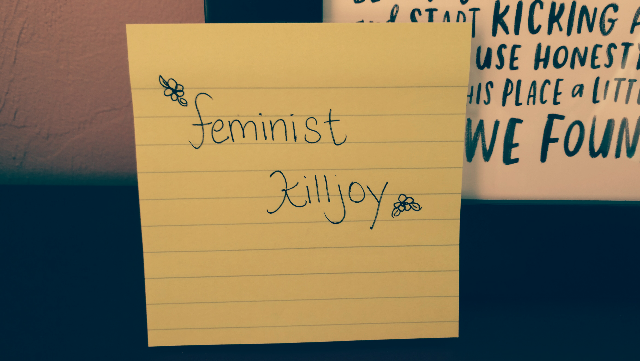 I'm not happy. I haven't been really happy since November. The world proved to be a bit more terrible than I imagined, which says something serious. I'm familiar with terrible. For years, I've written about racism, sexism and hate. I know exactly how terrible the world can be.

Yet, I still hope that it won't be. Sometimes, reality tramples my hope.

Pretending to be happy

For months, I tried to rally, to throw myself into activism and writing. And for a brief while, I managed to ignore my unhappiness by getting to work. I wrote about white supremacy and white supremacist organizations until I didn't even want to write about them anymore. I reread essays by W.E.B. DuBois and Ta-Nehisi Coates. I picked up Jessie Daniels' White Lies (1997) and Jennifer Pozner's Reality Bites Back (2010) to make sense of the world we now inhabit. I pitched yet another article on white supremacists to yet another publication, but I lost the nerve to write it.

This should be a good time for me. My first book, Gospel According to the Klan (2011), will soon have paperback and e-book editions because of “new” relevance. With a wince and a pained smile, people keep telling me how relevant my work is now. “I wish it weren't relevant,” I say over and over. It's hard to be happy when all you want to do is despair.

I changed tactics. I took a break to spend time with my kids, husband, dog and cat. I even pretended to be happy to see if I could fake my way out of the funk that settled on me. The folks around me seem to expect me to be cheerful, friendly, helpful and likable. They expect me to be sunshine when I would rather be thunder and heavy rain. Pretending to be happy made me unhappier.

Wanting to be ugly and unlikable

Then I read Madeleine Davies' “Becoming Ugly” at Jezebel, a powerful reflection on what it's like to be a woman in our culture that objectifies, demeans, harms, scars and even kills women. Davies writes of the boys that grabbed her without consent, the “good liberal boys” who go silent when one of their own is accused of rape and all of the men who harass women in public. Women learn to carry our scars because we live in a patriarchy; our burden, our suffering, is often too much to bear. Davis notes, “For the first time, I don't know how to move past my boiling anger or laugh it away.” Instead of laughing, she wants “to become as repulsive as I can in an insult to these men—so many men—who hate women and the women who adulate them.” I find that I want to join her, to become ugly and unlikeable to remind everyone of the “ugliness” women face day in and out. I want to be terrible because the world is terrible.

Our culture wants women to be likeable and lovely, pleasant and supportive, seen more and heard less. Women are supposed to be nice, even, or especially, as we are treated terribly. Our suffering is minimized and ignored until it becomes invisible but always expected. “Believe women” becomes something we have to utter because we're treated as suspect in our own recounting of our lives.

In “Not Here to Make Friends” at BuzzFeed, Roxane Gay writes, “[W]hen a girl is unlikable, a girl is a problem.” Women and girls appear always already as problems, likable or not. Now, I have a fierce, unrelenting desire to be unlikable, to be a problem. To cause problems. To become the woman whose sharp ugliness reflects how ugly the world can be for women. To cause trouble. To be a troublemaker.

For philosopher Dr. Sara N. Ahmed, unhappiness is a powerful form of resistance. Her book The Promise of Happiness (2010) documents how happiness appears attached to some life choices, some lives, and not others. Happiness appears natural and normal only if you happen to inhabit a particular type of life. Happiness, she argues, works to uphold the status quo and to justify oppression. A culture's gender norms direct women to narrow paths of happiness: women are trained to make men happy, our happiness contingent upon how closely we follow culture's directions. Ahmed writes, “To be good as a girl is to give up having a will of one's own.” For women to be happy, we're responsible for other people, never ourselves. Feminists, then, appear as problems. Pointing to the patriarchy and misogyny makes feminists seem like trouble. Ahmed notes that feminists emerge as killjoys who kill the joy (or happiness) of others by highlighting how women suffer. Feminists are trouble; trouble is what we need.

My lingering unhappiness is resistance to the gender norms that limit opportunities for women. By wanting to be terrible, ugly and unlikable, I'm rejecting what culture imagines I should be as a woman. I'll remain unhappy for a while, but I won't give into terrible yet. The world has enough of that already. Instead, I'm becoming a killjoy because I want another world, a different set of possibilities, for women. That's where resistance begins.