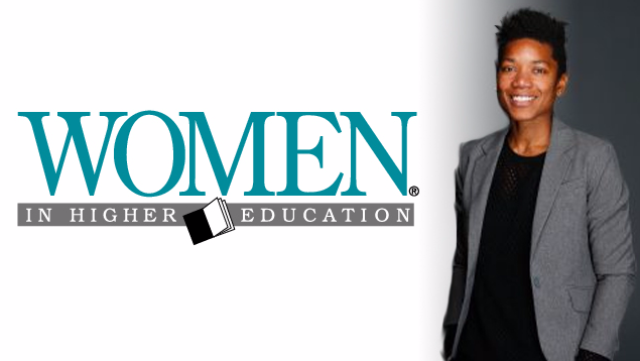 Launched in June, the LGBT SportSafe Inclusion Program is designed to create an infrastructure for athletic administrators and coaches to support LGBTQ inclusion in college and professional sports. In August, LGBT SportSafe announced a partnership with the America East Conference, a nine-institution athletic conference in the Northeast.

America East Conference Commissioner Amy Huchthausen says the conference has been a leader in college sports around inclusiveness and LGBTQ issues. It was the first conference to partner with the You Can Play Project, a social activism campaign aimed at combating homophobia in sports best known for the “You Can Play” videos created by teams across the United States and Canada.

“Our conference-wide You Can Play campaign has expanded every year since 2012 and has been promoted across nearly every sport, including men’s and women’s basketball, by our student-athletes,” says Huchthausen. “We’re all extremely proud of our student-athletes for taking such a proactive stand on these issues and we’re more than willing to support them.”

Founded by Nevin Caple and Dr. Eric Lueshen, LGBT SportSafe provides an infrastructure so that there are decisive guidelines and steps to promote inclusion and combat homophobia. As part of the partnership with American East, LGBT SportSafe will create programming tailored to the needs of each institution.

The program uses a benchmarking framework that Caple and Lueshen call a 3-Peat Model, which helps administrators understand how to implement inclusive programming, policies and public awareness initiatives with their athletic communities.

Member institutions that actively engage in inclusion will be awarded gold, silver and bronze medallions—based on reaching specific inclusion goals—for the athletic department websites. There will also be a listing in the LGBT SportSafe national registry of inclusive athletic and recreational sports communities and access to Coaches Corner, an online networking platform and resource for LGBTQ inclusion in women’s and girls’ sports.

“Prior to launching, we spent months researching and listening to the LGBT inclusion needs of athletic administrators and coaches to help inform our decision-making,” Caple says. “It becomes hard for an administrator or commissioner to say no to a program they helped create.”

Getting the word out

Huchthausen says America East institutions have sought deeper education and training on LGBTQ issues over the past few years. Athletic directors are eager to learn more and ensure that athletic departments as a whole—staff, coaches and student-athletes—promote inclusive, respectful and welcoming environments.

A long-time advocate for LGBTQ issues in intercollegiate athletics, Caple co-founded Br{ache the Silence to promote equality in sports and was also involved in the creation of Coaches Corner. Although the intercollegiate athletics landscape has changed in recent years, there are still administrators who are not particularly supportive of LGBTQ inclusion or unwilling to allocate funds for education or training initiatives. Caple says building alliances is crucial to overcoming resistance.

“Athletic directors understand money and competition,” Caple says. “Investing in a sustainable platform will give many of these institutions a competitive advantage as top recruits—regardless of their sexual orientation—are growing up with LGBT loved ones and seeking more inclusive athletic and academic experiences.”

Caple says many institutions are contacting LGBT SportSafe. In the first two months after the launch, more than 50 institutions inquired about being involved and have begun the process of developing programming.

“Every conference is different, and we all address certain issues in our own way,” Huchthausen says. “I believe everyone supports continued dialogue around how we can continue to make college sports an inclusive environment.”

“When athletic administrators see colleagues at other institutions on board, hopefully they too will see LGBT SportSafe as an investment in the future of their student-athletes and their athletic brand,” says Caple.