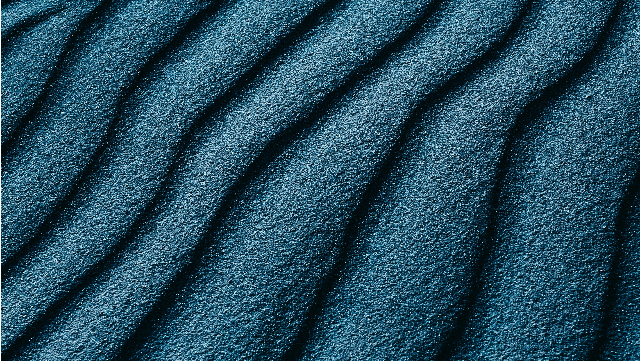 Dr. Linda Oubré was appointed President of Whittier College CA on July 1, 2018. I became acquainted with Dr. Oubré through her participation in the Black Student Success Week, April 26–30, 2021, sponsored by the California Community Colleges. This interview has been edited for length and clarity.

Describe your job in one sentence:

I like to say I am developing the diverse pipeline of future leaders who will change the world.

Your professional path to the presidency was atypical. Please share the significant educational and professional steps in your career trajectory.

I have always had an interest in education. I went to Hollywood High and UCLA, the first person in my family to go to college directly from high school. I wanted to be a journalist, but I was good in math, so I majored in economics. I was admitted to the Harvard Business School MA after working for a commercial bank for two years. It was a culture shock, but it was also the best thing I've ever done. For a year, I was Director of Admissions for the Harvard MBA program. Demystifying the school to attract diverse students was much of the job.

I worked for the Los Angeles Times in financial planning and got recruited to Disney when they were starting their publishing division. I began consulting, met a billionaire who had an idea and started a company which went public and allowed me to help retire and start teaching. I taught at Wharton PA, UC Davis, San Diego State CA and then returned to UC Davis doing corporate relations in 2011.

Business schools were starting to recognize they needed businesspeople to teach and run the school. I ran industry relations, the part-time MBA program and served as the business school's chief diversity officer. After a year and a half, San Francisco State University CA sought a business dean. I spent six years at SFSU. Building corporate relations was much of the job. My provost said I should get a doctorate to become a president, so I got my doctorate at the University of Pennsylvania.

After the first year, I started getting calls about president roles. Whittier College is a very diverse campus. The college was looking for someone innovative and entrepreneurial, a diverse candidate who understood L.A.'s unique multiculturalism and had a business and higher ed background. My business background is important in higher ed, especially post-COVID.

How would you describe your leadership style and approach?

I always hire people better than me. Many leaders get threatened by people. I really like a strong team who are better at things [that] I'm not as good at. I hire people who wear a lot of different hats. In a small college, this is helpful because they weigh in on many different things.

I'm only as good as the people I hire.

Students of color constitute 69% of Whittier's student body, making it one of the most diverse private liberal arts colleges in the country. As a transformational leader, what steps did you take to diversify college leadership?

It matters who is in the room. At my first Cabinet meeting, there were all men, mostly white, except the executive assistant. The conversation was about going to the game or playing golf with board members. I immediately redefined what “Cabinet” meant. I added the human resources person, who's a Black woman. The faculty chair wasn't in the room because the previous administration didn't agree with them. So, they didn't invite them; that person is a transgender man. I promoted the Communications, HR and Development Directors, [all] three women.

The conversations changed in the second meeting to topics…to drive the organization forward. By the end of my first year, all the men except the CFO left. Each time someone left, it allowed me to recruit and bring in more diverse leaders. When someone who looks like me manages the college, it brings in more diverse applicants.

What are some of the inherent challenges and opportunities in serving as President of Whittier and as its first president of color?

At any college, true equity and inclusion takes hard work. I stepped into an institution that was diverse by the numbers, but our student populations did not feel there was a welcoming environment. The best example was Dr. Martin Luther King Jr. Day last year. The Black students started a petition because we did not honor the holiday. There were only two institutions in California that did not celebrate the holiday. When a reporter called, he wanted to write about Richard Nixon's alma mater not celebrating the holiday. I let him know I had supported the Black students' petition. Now the college recognizes MLK Day and César Chavez Day.

The benefit of diverse leadership is we have lived the experiences of diverse students. Only about 11% of private colleges' board members are people of color. Yet, women students are the highest demographic group in colleges and students of color are the growing group, just under half of all college students. We're diversifying our Board of Trustees. Trustees at most small, private colleges are alumni who attended the school a long time ago. Many of our trustees attended Whittier College when Richard Nixon was president because he was president and was a Whittier alum. We recently had a meeting and added three more board members. Higher ed must tackle diversifying the board because they're the institution's true leaders and…need to represent the students they're serving.

Institutions need trustees with different backgrounds. I've added people who are not alums to the board because we need different viewpoints based on diversity of age, ethnicity, socioeconomic status and gender.

What impact did your family and upbringing have on your career path?

My mother is my role model. She quit high school to get married and moved from Detroit to L.A. and was divorced with five kids by the time she was 24. Speed forward and she had an MBA and five Emmy Awards, and she'd married my stepfather, who was a UCLA administrator. My grandparents always told us, “Get as much education as you can stand because it's the only thing someone can't take away from you.” They were civil rights and union rights activists. My grandparents were a really strong influence on me.

What mentors/sponsors have had the greatest impact on your professional journey?

A woman business leader related this analogy: You need a personal board of directors. I've taken this approach to heart. There are people I go to when I want to talk through marketing issues and others I go to for career or personal things. Especially as women and people of color, you must find several people. Having the credentials and education was probably most important. I've had sponsors because of those credentials and alumni networks.

What knowledge, skills and abilities would you recommend to WIHE readers interested in pursuing a CEO role in higher education?

Higher education is a business model. Take classes in finance, financial planning, marketing and strategic planning and understand economics. If you come up the academic side, get experiences managing people, but make sure to take courses like finance in higher ed and marketing. Career-wise, try something different, e.g., volunteer for the strategic planning task force…or launch a certificate program to show you're entrepreneurial. People tend to be afraid of fundraising, but they shouldn't be. It's about saying, “I have a great idea and…I can talk to you about it and ask you to fund it!”

We must be innovative as presidents.

Dr. Lisa Mednick Takami is a higher education administrator, writer, and equity, diversity and inclusion advocate. She can be reached at ltakami8@gmail.com.