Can We Be Heard? 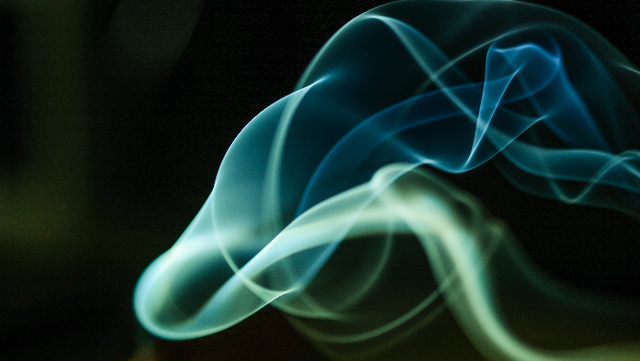 In the span of a week, Bill Cosby was released from prison and a judge denied Britney Spears' request to end her conservatorship. Two seemingly unrelated events that happened in an ordinary week, but their impact was anything but ordinary.

Sixty women have accused Cosby, the once beloved comedian and actor, of sexual assault. After decades of allegations, he was finally convicted in 2018 and sentenced to three to 10 years in a state prison. Only three years later, the Pennsylvania Supreme Court ruled that his 5th Amendment right—to not self-incriminate—was violated and overturned his sentence.

Originally, his prosecution and prison sentence seemed like a win for survivors of sexual assault. Their voices were heard. A perpetrator was punished. Some even believed that justice had been served. But now, Cosby was free, and it felt like a devastating loss.

His fans and defenders went to Twitter to proclaim his innocence, even though his conviction wasn't actually overturned. Even his co-star on The Cosby Show, Phylicia Rashad, tweeted, “FINALLY!!!! A terrible wrong is being righted—a miscarriage of justice is corrected!” Rashad is now a dean of fine arts at Howard University DC. Her tweet, in particular, appalled many of us in higher ed because of how colleges and universities manage (and mismanage) accusations of sexual assault now.

The message that she sent to survivors of sexual assault—intentionally or not—was that the perpetrator was the one who had been wronged and not all of the women he had harmed. What survivors said about their experiences—what they had experienced—mattered less than Cosby's newfound freedom. They spoke, and so many refused to hear or believe them. Later, Rashad apologized for the now-deleted tweet. Her apology, however, didn't heal the damage done by her tweet or remove the insult to survivors of sexual assault, past and future.

After a public breakdown in 2008, a judge placed Spears under a conservatorship. Her father became the conservator responsible for taking care of her and her finances. This conservatorship has lasted for 13 years. During which time, Ronan Farrow and Jia Tolentino write for The New Yorker, Spears has released “four albums, headlined a global tour that grossed a hundred and thirty-one million dollars, and performed for four years in a hit Las Vegas residency.”

She appears remarkably talented, capable and successful, and yet, Farrow and Tolentino point out, she still can't make decisions about her career, spending or personal life.

Some fans launched a campaign to #FreeBritney from the confines of conservatorship. They want her to be free to run and live her own life. From what I've read about what Spears has experienced in the last 13 years, I do too.

Spears is working to free herself. In late June, she testified in a requested hearing (via Zoom) about the conservatorship. She described her inability to make her own choices and her lack of control over her own life. Spears told the judge, “I want to feel heard, and I'm telling you this again so maybe you can understand…the damage that they did to me.” A week after her testimony, a different judge denied her earlier request for the conservatorship to be overturned.

She wanted to feel heard, but it didn't seem like she was. I wonder if she ever will be.

These two events appeared unrelated, but they seemed connected to me. It was their connection that I chased from one article to the next. As I read and read, I felt sick. The queasiness and unease stayed with me for days.

But this time, after my nausea finally subsided, I felt profoundly sad. My rage sputtered out. I was hollow and aching.

The truth of how women are treated in our world was too much to bear. It's soul-crushingly terrible to be reminded again and again how little women's lives matter to some.

That was the connection that I was looking for, but that I already knew all along. These were more examples of women being treated badly and of how our voices are so easily dismissed and ignored.

I'm reminded of Rebecca Solnit's essay, “Men Explain Things to Me.” She notes that to be audible is to be credible. Women have to be heard to convince people to believe us.

So, we speak. We speak calmly about the terrible things that happened to us. We write them down. We scream and scream for someone to pay attention and to believe us. Spears just wanted to be heard and don't we all? We speak hoping that one day someone will actually listen.

In “The Problem of Perception,” Sara Ahmed writes, “When you expose a problem, you pose a problem.” When women speak out about the horrors we've experienced, people will often make us into the problem rather than those who harmed us. We speak, but we can never assume that someone is even listening or that they actually hear what we are trying to say. Even when we're audible, they argue we're not credible.

Recent events remind us that our culture doesn't prioritize women, even as we bravely recount our toughest truths. We get harmed, ignored, dismissed and belittled, over and over again. I'm sick of it.

When will we finally be heard? I don't know, but it needs to be soon.