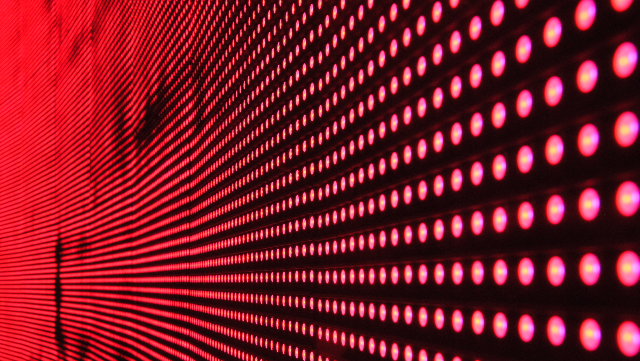 “You can study video games?!” Dr. Kishonna Gray recalls asking this question of her officemate. Gray has become a recognized expert in digital cultures and gaming, but when she started graduate school, she did not know that such fields were areas of scholarly inquiry.

Gray has a BS in criminal justice and an MS in justice studies from Eastern Kentucky University. She admits that she majored in criminal justice because as a first-generation student, she didn't know what else to do. Gray explains, “I didn't really have guidance or social capital to understand how these things lead to pathways to other things.”

Gray began graduate school in 2005 when Hurricane Katrina happened. She was fascinated with how those who were displaced utilized digital spaces to connect with family members. She noted that people used Black Planet and Myspace and even the comments section in news articles to share their location and status. This led to her interest in digital cultures.

Later, in an ethnography course, Gray began to study gaming communities. She found few resources on the racism and sexism within such spaces. Gray says, “I was thinking that I was going to find the literature to help me make sense of what people like me go through. Nobody had. So, that's how I started researching the gaming space, especially looking at Black women's experiences in gaming spaces.”

Gray earned her doctoral degree from Arizona State University in Justice Studies with a concentration in media, technology and culture. Currently, she is an assistant professor in communication, gender and women's studies and affiliate faculty in Black studies at the University of Illinois at Chicago. Also, she is as an associate at the Berkman-Klein Center for Internet and Society at Harvard University MA.

Gray's research stands at the intersection of identity and technology. She is the co-editor of Feminism in Play (2018) and Woke Gaming: Digital Challenges to Oppression and Social Injustice (2018). She is the author of Race, Gender, and Deviance in Xbox Live: Theoretical Perspectives from the Virtual Margins (2014) and Intersectional Tech: Black Users in Digital Gaming (2020).

Gray's cross-disciplinary work engages digital studies and Black studies in interrogating the treatment of Black people both in physical spaces and in digital spaces. Gray explains that early research in cyber-feminism and techno-feminism suggested that technology would allow us to rid ourselves of the body in digital spaces. Gray counters with the perspective that for Black women in particular, the desire is not to be free from the body. She says, “We want to make sure that those spaces are safe enough for us to experience the full range of our identities.”

Gray is responsible for creating the hashtag #CiteHerWork. In a 2015 blog post “#CiteHerWork: Marginalizing Women in Academic and Journalistic Writing,” Gray discusses how a journalist at a mainstream news outlet asked her to explain why women who play video games do not label themselves as “gamers.” Gray offered a detailed response and cited the work of Dr. Adrienne Shaw, associate professor in the Department of Media Studies and Production at Temple University PA. When the piece was published, Gray saw that Shaw was not mentioned.

Frustrated with journalists and others who center men's voices and white voices, Gray began the hashtag to highlight the importance of citing women academics and their work. Gray says, “I just started the hashtag so people could acknowledge—hey women of color we're out here! And we're producing knowledge!” Similar but more specific hashtags have been started by other scholars. These include #CiteASista which was founded by Dr. Brittany Williams and Dr. Joan Collier in 2016 and #CiteBlackWomen that was started by Dr. Christen A. Smith in 2017.

Gray's leadership relating to citational practices led to “the Gray test.” This “test” was developed by Dr. Wendy Belcher, professor of African literature at Princeton University NJ. In a 2018 tweet, Belcher stated that in order to pass the test “a journal article must not only cite the scholarship of at least two women and two non-white people, but must discuss it in the body of the text.”

With Gray's permission, Belcher named the test after Gray because of her commitments to citing women scholars. The hope was to establish some minimum standard not only for citing, but also engaging the work of women scholars. Although some academics may push back on the notion of a particular metric for citations, Gray argues, “People need to incorporate women's work, but also Black women's work in particular. We're so innovative, but because of our lack of access to power and institutions, we get ignored and left out. And we're not visible.”

Gray has had to forge her own path in studying issues of technology and culture. Detractors told her that she would be unable to secure a faculty position and that her research would not be welcome in the academy. She explains, “If I had listened to other people, I would have never pursued gaming as a research interest.” She credits her passion, confidence and commitment to marginalized communities with helping her to carry out her innovative work.

Gray often shares her nontraditional academic journey with her students who are unclear about their own path. She says, “I try to do my part to help students and give them some guidance and direction and also to let them know that it's okay if you don't know what you want to do.”