Not Falling Behind but Standing Still 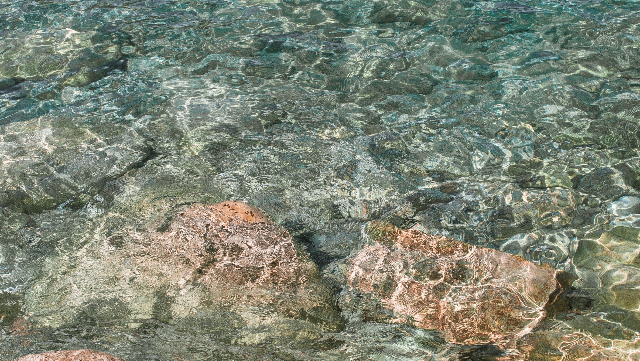 A few years ago, I was on a walk around the neighborhood with my partner. As I huffed up yet another hill, I turned to him and asked, “Do you think I'm productive enough?”

He looked at me for several seconds and finally said, “Enough? You have a PhD, and you've written essays and books. You're an editor. You're productive.”

“But am I productive enough?” I asked again.

“What is enough?” he replied.

“I don't know,” I answered, even as I knew that whatever enough was I hadn't reached it.

I still pushed forward hoping that when I arrived at enough I would notice. Maybe then I could rest. I wrote more and more. I became the editor of two more magazines. Each milestone passed me by, and I still hadn't reached enough. It was elusive and hard to pin down. Just out of my grasp even if I assumed it was on the horizon. I just had to move forward to the next thing and the next and the next. I would get there if only I stayed on track.

As an overachiever who was conned into believing that failure was not an option, I knew I had to get ahead. So, I rapidly checked off things on my to-do list for my life. Get married, check. Go to grad school, check. Graduate with PhD, check. Work jobs that I might hate to get to the ones that I might love, check. Have one kid and then another, check and check.

I kept moving forward to the next thing determined to never fall behind.

The present didn't matter, only the future. All the potential was before me. Why look behind at what I had done when better things were yet to come? Endless movement to propel me forward. Stopping for a moment was never an option. Why stay still when you could move?

And then, the pandemic hit. And I was forced to stop. Suddenly, I was simultaneously a mom, a partner, a worker and a teacher. I felt like I was falling behind, so behind that I might never catch up. There were no more checks on my list. I was stuck. My career and life felt stagnant. Other people had left me in the dust unable to pick myself off the ground.

I felt an existential crisis creeping up on me. I am 40 and about to be 41. What had I done with my life really? What was I doing with my life now? Enough was no longer on the horizon; it had disappeared from my sight entirely.

As I scrolled Twitter one day, I came upon an essay, “The Obsession with ‘Getting Ahead’ in Your Twenties Is Failing Young People” in Catapult. The author, Rainesford Stauffer, wrote about feeling like you are falling behind and how measuring sticks, like college and marriage, have become the ways in which society tracks our worth.

Drawing from her personal experiences and those of others who have “fell behind,” she shows how these measuring sticks are embedded in capitalism. And they shouldn't define who we are or who we become. She writes, “Our society…loves it when we are on track. But more than that, we love being not behind.” When we stay on the predetermined track, we keep moving forward to the next goal and the next checkmark. Stauffer notes, “We aren't meant to get ahead. The goal is to keep running.”

Admittedly, I didn't “fall behind” in my twenties. I was always moving toward the next goal, often with a grim determination that I wouldn't fall behind or fail. But I began to feel like I was falling behind in my early forties. Stauffer's words, “The goal is to keep running,” reverberated in my skull, bouncing around and around until I paid attention. I realized that I had been running my whole life as if a T-rex was chasing behind me. My worth tied up in my productivity and what came next.

I had chased enough without realizing that it was a place I could never get to. It felt elusive because it was. Enough kept me moving because I was afraid to slow down.

One question that Stauffer posed lingered with me: “Who am I when it is just me, standing still?” In my head, I've tweaked it a bit: If I stand still, not only who am I but who will I become?

A couple of months after reading this essay, I'm still unsure of who I am if I don't relentlessly move forward. The question unsettles me even as I try to answer it.

I've been standing still for almost 17 months, and I have never been so out of sorts. Who am I when I stand still?

Clearly, I'm off track. My life to-do list is mostly gone, but not my daily ones. (Change is incremental, right?). Being in the present means that I can appreciate what's happening right now. I can love Hamilton almost as deeply as my 12-year-old does, read about countless dragons with her 7-year-old and ride and crash my scooter with a smile on my face. I can visit my dad as he declines, tell him stories about the kids' and my misadventures and appreciate the quiet moments when we sit together. I can spend time with my partner just talking about our days. I can do this all without the constant drumbeat of “what's next” in the background.

Standing still could be the enough I've been looking for: living, not with constant forward movement, but with appreciation of who I am right now. Maybe, just maybe, that's enough. I think it is.