In Defense of Slowing Down 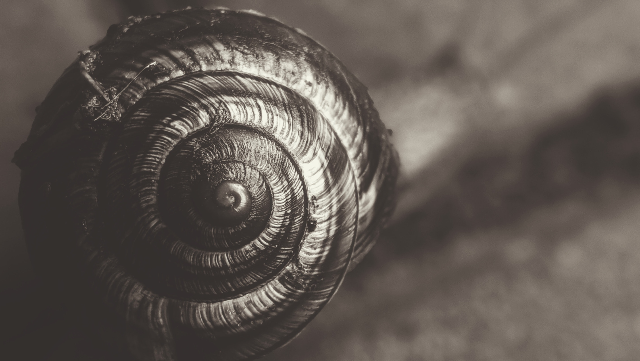 At the height of the COVID-19 pandemic in the fall of 2020, chatter and debate erupted on social media in the aftermath of research studies finding significant declines in women's journal submissions and publications. A large-scale study published in the Social Science Research Network, “Only Second-Class Tickets for Women in the COVID-19 Race,” found significant declines in women's publications and attributed this to the pandemic.

In particular, researchers discovered that women academics in the later stages of their careers suffered the largest decline in research productivity and hypothesized that this could be attributed to “more intense family duties.” According to researchers, these documented declines conclusively proved that “the exceptional lockdown and social distancing measures imposed by the pandemic have penalized women academics and benefited men.”

The attention to women's declining productivity in academia coincided with increasing concerns over gender differences in job-loss numbers. In January 2021, the US Labor Department reported a total decrease of 227,000 jobs—with women accounting for more than 196,000 of those job losses.

Reacting to these statistics, Daniella Silva and Leticia Miranda, in an NBC News article, “About 275,000 Women Left Workforce in January in ‘Critical’ Pandemic Trend,” argued that the January job-loss numbers served as further evidence of the pandemic's continued disproportionate impact on working women. They reported on how women-dominated industries, such as leisure, hospitality and education, were particularly impacted by the pandemic. Silva and Miranda dubbed the pandemic's economic effects a “she-cession” and warned that it could take years for women to recover.

In Disposable Women and Other Myths of Global Capitalism (2013), Melissa Wright warns that in such periods of precarity the contributions of women laborers are often treated as disposable. Employers assume that women's added domestic responsibilities will get in the way of their productivity and impair the process of economic recovery. This means that women face increased scrutiny at work and job cuts. Wright's insights about women's disposability in the labor market serves as a warning about women's vulnerability in higher education as well.

The American Council of Education estimates that the pandemic has already cost universities more than $120 billion in lost revenue. To address this unprecedented revenue shortfall, universities instituted immediate budget cuts, layoffs and furloughs. Although the furloughs were initially assumed to be temporary, it has now become abundantly clear that these initial cuts are now permanent. The U.S. Labor Department estimates that higher education institutions shed a net total of at least 650,000 workers from 2020 to 2021.

Consulting agencies push this strategy. In a recent pamphlet, “Covid-19 Impact on Higher Education,” sent out to higher ed administrators, Deloitte, for example, issued a dire warning to higher education institutions: “For institutions that were already financially stressed or operating from a deficit position prior to the pandemic, short-term unanticipated expenses and longer-term enrollment declines will likely threaten their solvency, potentially forcing numerous closures and mergers.”

Although the pandemic undoubtedly created added challenges, the assumption that the only way to address these problems is to impose serious cuts to educational programming and student services creates a confusing paradox. Higher education institutions received over $21 billion dollars in fiscal stimulus from states' intervention in 2020. However, this windfall has been followed by a hasty turn to cost-cutting measures for faculty, low-wage staff and students.

This contradictory paradox, as Alex Callinicos explains in a 2012 article, “Contradictions of Austerity,” is a common feature of capitalist institutions undergoing financial hardships. Financial institutions commonly emphasize speed and haste in their attempts to profit during a crisis and cut staff and services while increasing the costs of products to generate even more profit, thereby capitalizing on the limited financial benefits that such brief crises might offer.

Yet, Callinicos warns that such actions often end up creating dangerous asset bubbles that imperil institutions and lead to catastrophic financial crashes. Thus, the assumption that higher education is falling behind the pace of change and must institute cost-cutting measures while simultaneously receiving government stimulus packages, which are only increasing the price of tuition, is further inflating the price of college tuition and making the cost of higher education more unaffordable and unsustainable. Speeding up to meet the accelerating advancements that the pandemic has caused might be inflating the costs of college and jeopardizing their long-term financial viability.

In stark contrast to emphasizing speed, economists have emphasized the benefits of slowing down and decelerating change during periods of precarity. In Slowdown (2020), Danny Dorling and Kirsten McClure, for example, argue that though people might perceive the COVID-19 pandemic as accelerating change, in reality, it has done the reverse. The pandemic is part of a long-term historical trend of slowing down, a trend beginning decades ago.

Rather than fear this slowdown, they argue that institutions should embrace slowing down and use it to create slow, deliberate and democratic systems. This would allow a better understanding of an institution's past, enable cooperation and facilitate stable and sustainable growth.

Moreover, Dorling and McClure argue that women have and will continue to lead this historical trend because deceleration, specifically declining birth rates, has increased women's prosperity, education and power globally. As they explain, “It was women, not men, who led the great deceleration, and who will very likely be its greatest future proponents.”

The COVID-19 pandemic's impacts on women's labor productivity offer opportunities for women to take the lead and chart a new path forward for higher education. Rather than fearing slowing down, such trends in labor patterns point to a larger need within higher education to slow down, assess people's needs and chart a path forward that brings faculty, staff and students together in mutual understanding of how cutting staff and services in times of crises only imperils higher education's future. Restructuring plans that emphasize speedy solutions risk eroding trust and confidence between faculty, staff and students and also make those institutions more vulnerable to later financial collapses.

Slowing down and taking the time to build solidarity, understanding and lasting connections between faculty, staff and students is the only way to ensure higher education's long-term success and financial viability. Although the pandemic has indelibly slowed down women in higher education, this turn of events has also simultaneously presented women with an opportunity to lead and move higher education toward stability.

Amanda Furiasse received her PhD in religion and graduate certificate in museum studies from Florida State University and currently teaches at Hamline University MN. Her research unfolds at the intersection of religion, technology and the arts. She is currently working on an oral history project on religious pluralism in the Twin Cities.