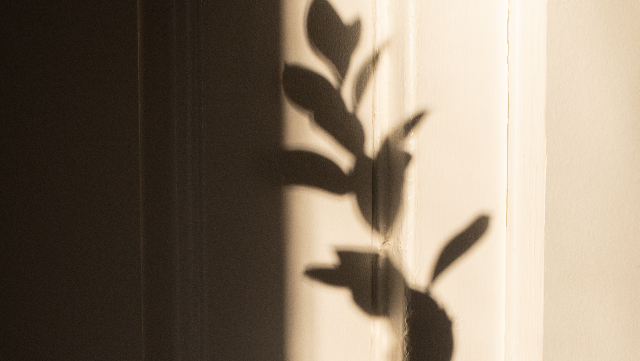 I made a mistake. Actually, I made two mistakes in the span of two weeks.

These weren't the tiny everyday mistakes that happen with or without our notice. Instead, they were ones that I made in my work. One was a minor mistake, and it was easy to handle with a couple of emails. It was a blip in my day—there and gone.

The other mistake was another small one, but it could have led to a larger issue. It was more complicated than the first. It impacted more people. It required little more effort to resolve. The solution required that I quickly respond, and then I had to wait as things were up in the air for a few days. I couldn't solve the problem on my own, which bothered me. I like to be able to fix problems on my own, especially the ones that I manage to create. Eventually, this mistake was resolved too. No harm, no foul. Supposedly.

I was able to fix both mistakes with a little bit of effort and a lot of understanding from the other folks involved. I apologized, more than once, in emails. I owned my mistakes. I tried to get over them. That's easier said than done because of how I tend to respond to making mistakes, especially when they involve my work.

I don't respond well. You would never know that the mistakes I've made, I make, were fixable because of my reactions. For instance, when I realized I made the first of these two mistakes, there was a sinking feeling in my stomach followed by tears in my eyes. I frantically worked to correct what I had messed up. I remained glued to my laptop until everything was fixed. Then, I felt like I was able to breathe again, but I was unnerved by what had happened. That sinking feeling lingered for days afterward, a reminder that maybe I didn't have things as under control as I hoped.

When I realized that I had made the other mistake, I felt like I had been punched in the gut. I wanted to throw‐up. This time I cried in earnest as I desperately tried to find solutions. I wished for a time machine, so I could go back to yell at past‐Kelly about her lack of attention and care. I wanted to berate her for making mistakes. I couldn't do that, so I started to berate myself.

I became convinced that these mistakes were serious. These mistakes would be my downfall at work or in my life or both. I only had myself to blame.

It didn't take long to convince myself that I was an incompetent, probably terrible person who couldn't be relied upon to get anything done. The spiral was swift and seemingly impossible to get out of. Mistakes were made and they were all made by me.

As days passed by, I tried to remind myself that neither mistake was an actual emergency, but my brain wasn't convinced at all. A red alert continued to blare in my head. I knew that my mistakes were minor, but they didn't feel that way.

Finally, my partner noted that no one was going to die because I made a couple of mistakes, and he reminded me, “People make mistakes. Everyone does.”

And logically, I know that's true. We all make mistakes. Mistakes are unavoidable and inevitable. Emotionally, I have a harder time acknowledging that I can, and will, make mistakes.

There are, of course, reasons I feel this way. For much of my life, I thought I wasn't allowed to make mistakes. In school, my parents expected all As and expressed disappointment every time a B appeared on my report card. A place on the AB honor roll was never quite good enough because a B seemed to be a failure.

Once I showed teachers my potential, they expected me to live up to it. Excelling in some subjects didn't leave me room to struggle in others. Although teachers assumed boys to be smart and capable, I had to prove myself again and again because I was a girl.

In college and graduate school, I still had to prove that I belonged and that I was just as smart, capable and dedicated as the men in my classes. I had to be perfect. Perfection didn't allow mistakes. My professors' expectations were high, unreachable even, and the ones I held for myself ratcheted higher and higher. I knew that mistakes were inevitable. I also knew that I couldn't make them.

I have tried to remember that it is okay to make mistakes when I've made one. But right after it happens, I forget that I can. My stomach still feels like it is sinking into the floor. But now, I tell myself that humans make mistakes, even the ones who don't want to avoid them. I'm trying to extend myself the grace that I extend to other people. Sometimes, I can. But even when I can't, I remind myself that it's okay to make mistakes. One day, I might fully believe it.