How to Leave Well 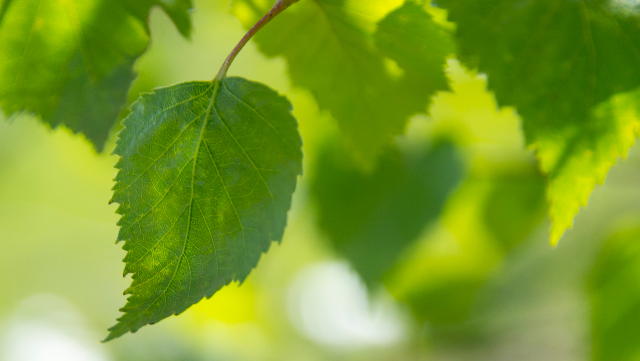 One of the hardest things we do in our professional lives is quit.

This is my last piece as a regular columnist for Women in Higher Education. But because I respect my editor very much, I gave her plenty of notice and wrote a respectful email letting her know that I needed to leave my post. I left on as high a note as I possibly could.

It is important to leave a position, any position, on as high a note as possible.

Job departures are hard. It's hard for the person leaving to figure out how to do so kindly, and it's hard for the person being left not to take it personally. Even when the people involved have a wonderful relationship, there can still be muddled feelings. And when you are leaving a job that you don't like, or worse, one that is exploitative or even abusive, it can seem okay to throw a grenade on your way out. I'm here to tell you this: no grenades. And I'm speaking as someone who has tossed at least a small incendiary device in the past.

Perhaps you have heard of quit‐lit, that is, writing about quitting academia because of poor or exploitative working conditions. Back in the mid‐2010s, I wrote a lot about this subject. I had just quit my job at my institution where I'd worked for seven years in a variety of contingent positions, and finally, I'd had enough.

When I left my institution, I did some things right and I did some things wrong. I want to share both with you so that you can learn from my experiences. Looking back now, seven years later, I wish I had done a lot of things differently. But first let's look at what I did right.

What I Did Right

When I left my job in higher ed, I had a lot of grievances that were justified. I worked on a small team in a large division of the university. My team was composed exclusively of contingent faculty. Our team was underpaid by one‐half to even one‐quarter of what the other tenured faculty in our division earned. We were overworked with a heavy teaching load plus full committee responsibilities and were overwhelmed by being the primary student support system. Many of our colleagues didn't respect our work. To make matters worse, our team had little institutional support. So even though my supervisor was an excellent person, he was a new employee without tenure.

After working at my institution for seven years, I was eligible for a non‐tenure‐track promotion, which I received. After my promotion, I met with the head of my division and outlined my four requests: a raise, a research assistant, financial support for my research and the opportunity to teach an occasional course besides the same course that I taught over and over again. None of these things brought me into actual parity with the tenure‐track faculty. But they would've made my job bearable.

My requests were roundly rejected, and I received no raise with my promotion. That's when I knew it was time to leave, and I wanted to be sure that everybody knew why I was leaving. Prior to my “promotion,” I'd been a firm believer in my work and promoted the work of my team. My leaving would come as a surprise to most of my colleagues, and I didn't want there to be rumors about my departure.

So, I wrote a letter outlining exactly what I asked for upon promotion and that it was denied. I expressed sadness and regret at leaving the job and the team that I loved. I addressed the letter to my supervisor, the kind and generous person who did his best to help me. And I told him, privately, to feel free to circulate it as widely as he wanted.

The letter shut down any rumors. I created my own narrative. I made sure that everyone knew why I left and that I was not angry. I was as polite as I could be in my words in that letter. I extended thanks and gratitude, sadness and good‐byes. But my departure was not the end of the story.

What I Could Have Done Better

Despite what I wrote in the letter, I was angry. I couldn't believe that after all of the years that I had put in that I would have been treated that way by my institution.

So, I started to add to the quit‐lit conversation on social media and writing about my experiences for The Chronicle of Higher Education and this magazine. I used my own experiences as a springboard to talk about higher‐ed reform and contingent labor.

But the problem was that I didn't think about how airing the dirty laundry of my institution might affect the people on my former team. And it did affect them. My words hurt people that I care deeply about. Sure, the departure letter I wrote gave them grounds to argue for the things that I didn't get, but the writing I did later I made it hard for them to be my friend.

Fast forward to the present, when I now teach a course at this same institution once a year. The institution's director who rejected my promotion requests retired years ago, and the person who recently hired me is an incredible woman whom I've always admired very much. But the first time I stepped foot in the building I was afraid and embarrassed. It had been years—years—since I'd published my last piece critical of higher education, but I couldn't help but wonder what my colleagues must have thought of me.

In those early columns, I was so angry. I did not temper what I said. I did not think about how my words might be construed my readers in the future. Now, I don't think that unrefined anger helps anyone. Anger sharpened to a fine point and used as a tool can, in certain circumstances, do some good. But my previous anger was a flamethrower, and it burned everyone, including me.

Luckily, those early pieces I wrote have been pushed so far down into the internet past that they hardly exist anymore. And I am so grateful to teach the course I teach at my old institution with the colleagues that I now have. Teaching there now is a very different experience from the one I had when I left seven years ago.

Institutions and people can change. When you leave a job, you should remember that change is possible. That bridge that you might seem intent on burning—maybe don't burn it. I can tell you that it's enough to just leave it very far behind you. You don't have to cross it again if you don't want to. It's not doing any harm back there.

And you never know whether you might receive an invitation to cross back over it again and that you might want to.