The Perils of “Dark Academia” 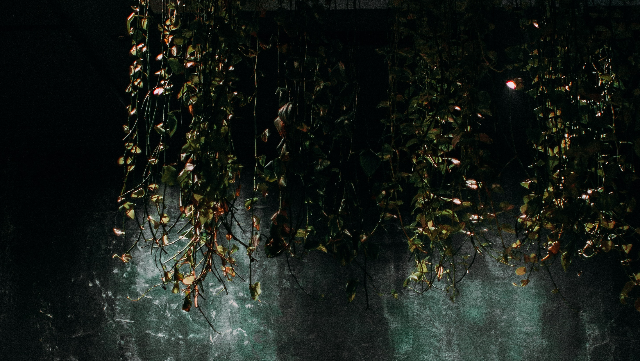 A crisp, calm, foggy autumn night. A haunted, secluded castle sitting lonesome on a hilltop, overlooking a quaint little village. A dusty study stocked high to the ceiling with old books, the floor littered with crumpled balls of paper, tossed aside carelessly, its contents dreadfully inadequate.

Soft candlelight, illuminating the castle and study's sole inhabitant, a devoted—and endearingly disheveled—writer and scholar wasting away in the pursuit of knowledge and artistic creation. Scribbling and scratching away with a quill pen, fingertips blackened with ink. A single china teacup, empty and stained brown inside, sits by their elbow. Whatever this teacup once held, it was the only sustenance taken by the scholar that day, and perhaps even the day before as well. They will continue to work, even if they don't eat or sleep.

The above is the general scene evoked by a new cultural phenomenon that has come to be known as Dark Academia. It can be found most frequently on Instagram, Pinterest and Tumblr. Popular YouTubers such as Ruby Granger and Rachel Maksy have made videos that deconstruct the merits, and shortcomings, of Dark Academia, which romanticizes popular images of Gothic literature, especially austerity and the strenuous life of a hard‐working student of the arts. It's “art for art's sake.”

Oscar Wilde's works are a staple of the Dark Academia movement, particularly A Picture of Dorian Gray (1890). Other essentials of this movement include the novels of the Bronte sisters, Mary Shelley's Frankenstein (1818), anything by Franz Kafka or Edgar Allen Poe, the morbid biblical scenes of Renaissance art, and the haunting, classical compositions of Chopin and Tchaikovsky.

But what does Dark Academia mean to women students, women writers, women academics and women in general? Dark Academia is appealing, especially in its promotion of classic literature, art and music, but it does have its dark side. And it casts its long shadow on women especially.

A quote from Simone de Beauvoir's The Second Sex (1949) neatly sums up what my first major issue with this movement and the dangerous terrain for women who become too fixated on the look of it: “The significance of women's attire is evident: it is decoration, and to be decorated means to be offered.” de Beauvoir was something of a Dark Academic herself. She worked so hard as a philosophy student at the Sorbonne in Paris that a friend gave her the nickname “The Beaver.”

In Second Sex, she writes about the condition of women's dress codes in any station or position in life. Being a woman is always a performance, and Dark Academia is no exception. It has a look, yet another beauty standard to fulfill.

Girls and women participating in Dark Academia are almost expected to wear a uniform, one resembling a boarding student at Oxford, Cambridge, Glasgow or Trinity College Dublin might have worn decades ago. This can include dark turtlenecks, form‐fitting sweater vests, plaid pencil skirts and black stockings. Wearing some combination of these clothes, women must appear sexy as they walk to class or a meeting with books pressed to their chests and hips swaying slightly.

For me, this look defeats the purpose of what Dark Academia was originally meant to stand for: a lifestyle focused on new knowledge and self‐improvement, not the outward appearance of it. When Dark Academia became an all‐consuming fashion trend for women rather than a focus of their intellectual and artistic endeavors, something went wrong.

On the subject of outward appearances, there are also the archetypes of the struggling artist or starving student; it's definitely concerning that both are becoming fashionable again. Dark Academia does not so much promote struggling or starving as much as it fails to discourage either. It encourages the mindset that pulling all‐nighters and subsisting on coffee and crusts of bread—raised at regular intervals to the mouth with one hand while the other hand is busy writing—is the ideal lifestyle for anyone who is truly devoted to their studies. This is hazardous for women especially.

Women in academia already face the pressure of having to constantly compete with their men counterparts. Women have centuries of exclusion from academia to catch up on after all; therefore, they must prove themselves harder.

If they take the expectations of Dark Academia too seriously (and some are bound to), then the health consequences could be serious. I have experienced this personally: hideous headaches from staying up too late pouring over Shakespeare for an upcoming essay deadline and little to no energy from skipping meals entirely, or by considering a sleeve of cheese crackers scarfed in the university library a fair substitute for dinner. Cheese crackers are not dinner and shouldn't be. My attempt to be a Dark Academic could have been a disaster if I allowed it to go too far. What I encourage and even beg other women students to consider is this: Do you really want to be a Dark Academic or can you train yourself to be just a mindful academic who takes care of yourself?

Dark Academia can be okay in moderation. At least I think so. I'm not writing from my haunted castle, but in my normal home where I make it my business to get enough sleep, eat regular meals and wear comfortable clothes that suit me, read great books with a level of critical awareness and thrive as a woman educator and author.

You can embrace parts of Dark Academia. You can accept it as a decorating style for your study space. You can be devoted to your passion for books and painting and music. But you also need to be cautious. Read or remember Edgar Allen Poe's The Oval Portrait (1842). Think about the eccentric artist's wife, who sits for weeks on end as a model so that her Dark Academic husband can make his own masterpiece happen, but only at her expense.

Great art is really not worth suffering for, so don't.

E.R. Zarevich is a teacher and writer from Burlington, Ontario, Canada. She has been published in Understory Magazine, Living Education Journal, Wild Roof Journal and Prepare for Canada. She will soon be published in Dreamers Creative Writing.