The Costs of Speaking Out 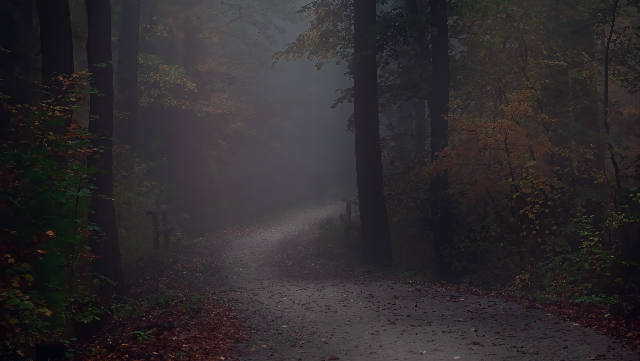 In the late afternoon on Jan. 6, an email landed in my inbox. I didn't notice it at first. My eyes had been glued to Twitter and various news sites as I watched a white nationalist insurrection happen in real time. Trump supporters—some were carrying guns or Confederate flags and others were dressed in tactical gear—busted their way into the Capitol. There was a lockdown and then evacuations. My horror grew minute by minute as I refreshed news sites to see the newest update or latest photo.

Finally, I checked my email and saw a message from an editor at a major newspaper, asking if I might be willing to share my thoughts in an op‐ed. Oh, I had thoughts. For the last 15 years, I've researched and written about white supremacists and white Christian nationalism. It made sense for me to write an op‐ed.

I wanted to write one, even as I was hesitant to do so. I had good reason to be.

In 2016, I wrote an op‐ed on white nationalism for a major newspaper mere weeks after the presidential election. I was excited to share my expertise with a wider audience.

I wasn't prepared for what happened next.

The day the op‐ed was published I was at an amusement park with my partner, two kids, one of my sisters, her partner, and their kids. While waiting for the kids to get off yet another ride, my phone started vibrating. Messages popped up from friends asking if I was okay. I was confused. Why wouldn't I be okay? I had an op‐ed published in a major newspaper. I was over the moon. They pointed out that I was receiving some pretty nasty threats online.

Now, I expected some trolling because of the topic of my op‐ed. After all, I was already a woman writer on the internet. I had firsthand experience of how rough it could be. I knew that as a white woman, I was spared the level of trolling that women of color and trans* and gender nonbinary folks received; I knew that it could be so much worse.

And yet I wasn't prepared for the vile comments and threats that poured in.

I flopped down on a bench at the amusement park scrolling through the vitriol and the outright threats by strangers who wanted me dead or wanted to kill me themselves. While my kids were having a great day, I was shaking and struggling to breathe as I reported accounts that made threats and blocked them. But I couldn't do it fast enough. There were too many. I wanted to throw‐up, hide, or fall apart. I tried to put on a brave face, but I was terrified.

As soon as my partner knew what was going on, he held me close and took away my phone. For multiple days, he waded through threats and reported them. We were both shaken up. How could we not be?

When I finally returned online because the threats had tapered off, another would appear. I felt nauseous for weeks. I couldn't sleep. Strangers threatened me with violence and death. I quit writing about white supremacy at all and thought I might never share my expertise again.

But eventually I did write about white supremacy again, cautiously and only for smaller publications.

So, I was hesitant to write a new op‐ed on white supremacy after a coup. Before I politely declined, I checked with my partner to see what he thought.

I didn't pay attention to the fact that my 12‐year‐old was close enough to eavesdrop. My partner and I weighed the pros and cons. And then I said, “I'm not sure that I can handle all the death threats again.”

My 12‐year‐old, who was following the news about the insurrection, shouted, “You have had death threats?! How have you not told me?”

Of course, I hadn't told her. She was only eight in 2016. She didn't need to know that this happened. But now she did. She was shocked and upset that anyone would threaten her mom.

My partner and I then found ourselves in the situation where we had to explain: Yes, Mom has been threatened for writing about white supremacists. No, it hasn't happened recently. Yes, Mom is okay despite what happened. (That last one might have been a bit of a lie).

I promised her that I wouldn't write an op‐ed on the insurrection. She's been mostly fine since that promise. So, I emailed the editor and explained that though I had thoughts on Jan. 6, I couldn't write for their publication because of the threats that would likely follow.

But still I'm ill at ease in my decision to back down. I'm furious that even when I do write about white supremacy, I have to brace myself against the harassment and the threats that inevitably follow, threats intended to punish and terrorize and silence the experts and the critics. I hate the need to balance the physical and emotional well‐being of my family against an opportunity to educate and inform. I hate that harassment and threats appear expected and commonplace rather than the horrors that they actually are. And most of all, I grieve the missed opportunities for all of us who are forced to choose between remaining silent and safe and speaking the truth. It's a choice I make again and again, but I shouldn't have to. None of us should, but still we do.