Some Pitfalls of Public Engagement 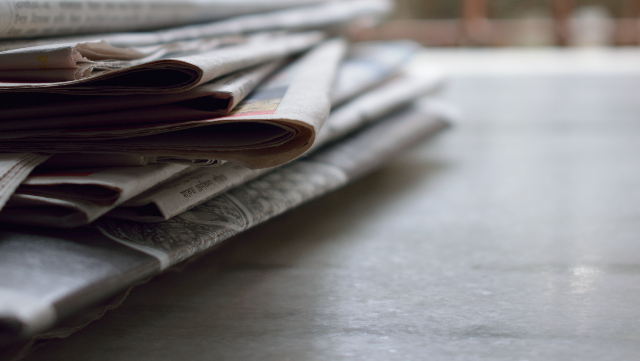 Public engagement is often an indicator of prestige and impact for both scholars and universities. Institutions value the media attention and financial impacts that engagement brings. Unfortunately, they rarely offer advice on negotiating boundaries with the media.

Women and minority scholars, who are over‐represented in contingent positions in the academy, are especially vulnerable to being exploited by predatory journalists. Talking to the media can give you a sense of validation because of the recognition of your expertise. As women and minorities lack access to the senior academic positions that make it easier to build professional relationships and networks, they may be more eager to talk to the media.

Much advice on media engagement for scholars focuses on how to be accommodating. In “Here's What to Do If You're an Academic Who Wants to Talk to The Media” at The Forbes, Matthew Gabriele stresses that academics should respond to media requests promptly, educate journalists, and direct them to other sources where required. Such an approach promotes the “ever helpful” or “can‐do” attitude into which women and minority academics are socialized.

Not Getting Credit When Credit Is Due

I only realized how problematic advice could be after I got burned.

Following the publication of my essay in The Conversation US, I received an interview request from a freelance journalist writing for a prestigious European news organization. Preparation took me two hours; the interview took an hour. I asked her to plug my forthcoming book, Wearing the Niqab: Muslim Women in the UK and the US. Later she told me that although my contribution had informed her article, my quotes were cut by the editor. My work would not be credited.

To add insult to injury, a few months later, a top American lifestyle magazine published an article that was suspiciously similar to my original article in The Conversation US. It was based on an identical idea, had the same structure, the title used the same words, it had the same stock photo illustration, and offered the same conclusions. My email to the editor and tweets pointing this out were met with silence.

Not crediting others' ideas or plagiarizing them is unacceptable. Plagiarism is not just about the verbatim wording but also repackaging someone else's ideas as your own, which is much harder to trace. In the culture of ubiquitous reposting, the original source seems to matter less and less. There is even a name for mixing original reporting with uncredited sources—a “clip job.” Some journalists may appropriate material because of time pressures. It's common practice to “transform” secondhand sources (such as people quoted in someone's research) to firsthand sources because the latter are more valuable.

I asked my academic peers (most of whom asked to remain anonymous) about their experiences of public engagement. I received many frustrated responses. LW, an adjunct professor in the Midwest, said she was interviewed by a journalist who then promised to send her a link to the article but never did. Her email inquiries went unanswered. “I was particularly disappointed as I felt that an article in international press would be helpful in my job search at the time,” she said.

FN, a lecturer from England, said, “I don't do much media now due to TV/radio journalists recording me, and then using it as script without credit; being used for background in articles without credit, etc. I got to a point where I stopped talking to journalists (documentary makers, individuals seeking to sensationalize the subject, etc.) as it was too frustrating.” FN now also warns graduate students to never share their findings prematurely because if they are published without crediting the author, the student's research may no longer be considered as “original,”’ which is the primary requirement for doctoral‐level work.

AR, who left academia to work for a non‐profit in Scotland, says that she witnessed these practices too. “My colleague did lots of work to produce a series of videos. In order to disseminate these videos to a wider audience, my colleague spoke to a journalist who then ran the article about the videos, without mentioning the [organization] or my colleague. The article read as if the journalist/newspaper had themselves produced the videos.” Now they only work with journalists they trust.

Kate Lister, the author of The Curious History of Sex (2020), says, “I fear that being gouged like this by journalists is almost a rite of passage.” A lot of interactions with the media left her with a bitter taste in the mouth. In one case, she shared her ideas with a writer from a high‐profile lifestyle magazine and in another, a podcast documentary producer. “They took my ideas and I never heard from them again,” she says.

Having learned the rules of media engagement the hard way, Lister has some advice for scholars who are hoping to talk to the media about their work:

I now ask [the journalist] flat out why they want to speak to me and what part I will play in the final article/documentary/podcast. This is where they will dangle the possibility of taking part in whatever it is [that] they're doing. They'll say something like “Right now, we're talking to experts to see who we could use.” Or they might say they are researching X and hoping to talk to you about an article.

You need to be really firm about what you want from them! Say: “Are you asking me for a quote for the article, or to provide sources for you?” or “Are you asking me to work as an academic consultant?” If it sounds like they are auditioning you for a show, tell them they can have ten minutes of your time for free, and then you will charge them as a consultant. Your time and resources are very valuable! Do not feel shy about saying you want to be quoted in the article or about pushing them to say if it's likely you'll be in the final cut.

There is another “public engagement” scenario you might want to avoid. Lister notes, “Documentary workers who want you to be the ‘talking head,’ but also want you to do all the [background] research too! These are two separate jobs! Don't let them pressure you into working for free.”

If you are keen to talk to journalists as a public scholar (pro bono), try to ensure that you are getting mentioned in the final piece. You do not need to be quoted verbatim, but a simple statement like “The author wishes to thank X for their contribution” is sufficient. It situates you as an expert. Get a journalist's full contact details—it will be harder for them to ghost you if you can call them.

Mentioning a fee (even if you have never charged money for talking about research) may signal that your time and work should be valued.

If the journalist is unable to guarantee crediting you or is not clear on how your interview will be used, consider whether you are still willing to spend time talking to them. If you feel you need media exposure, you'll (probably) be better off publishing an op‐ed under your own name.

Dr. Anna Piela is a scholar of gender and Islam at Northwestern University IL. She earned a PhD in Women's Studies from the University of York, UK. She's on Twitter as @annapiela999.