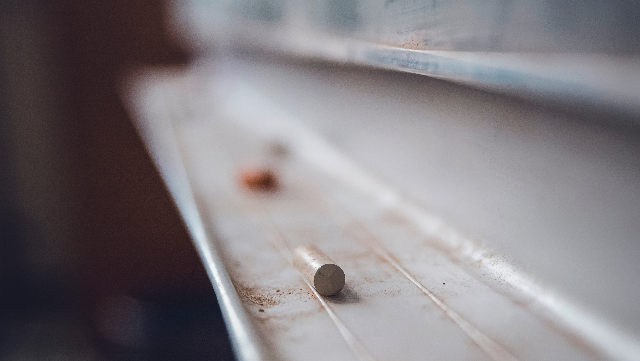 According to multiple studies, incarcerated individuals who enroll in postsecondary education while behind bars have a much lower rate of recidivism when they're released than those in the general prison population. The Center for Prison Education (CPE) at Wesleyan University CT, in partnership with Massachusetts' Middlesex Community College (MCC), not only works to increase the odds that those released from prison don't return but actually saves the state's taxpayers money.

Beginning in 2009, CPE has brought the liberal arts to incarcerated people in Connecticut's prisons. They are but one of these kinds of program. Proponents of “college behind bars” believe that there can and should be a place for learners no matter where they reside. “There's an extraordinary diversity of programs in the free world,” says Allie Cislo, CPE's program manager. “There are a variety of educational pathways for most people. All pathways are intended to lead to a person's success.”

The history of postsecondary education for the incarcerated began in the 1970s when Pell grants were created. The grants “were available to everyone in spite of their incarcerated status,” says Cislo.

The Obama administration later created an experimental program, the Second Chance Pell grant. Along with the Consortium for the Liberal Arts in Prison at Bard College NY, both “created space in the field” [for prison education], she says.

Consortium schools had a “variety of offerings and motivations,” Cislo notes, for offering college courses to the incarcerated. Some wanted to invest in the idea of access to higher education as a form of equity; others supported it as a collaboration between student volunteers and faculty mentors.

More than 90 women applied and 19 were admitted to the first class at York in 2013. The small cohorts are because of “space restrictions at the corrections facility,” says Cislo. There are currently 75 students enrolled between both facilities. She notes that CPE graduated its first cohort in 2018, a total of 25 students from both facilities (6 women; 18 men).

The Center graduated its second cohort of seven students from York in 2019. The pandemic prevented Cheshire's graduation.

Wesleyan's unofficial motto, “practical idealism,” encouraged a group of Wesleyan students to form a joint venture between students interested in equity and social justice and supportive faculty. When faculty voted in 2009 to create CPE, Wesleyan became the second member of the Consortium.

Wesleyan began a “public/private partnership” with MCC (located in the same Connecticut community) in 2016. That partnership enables incarcerated students to earn an associate's degree.

Wesleyan, which does admissions for the program every two years, has not changed its academic standards for CPE students. “Incarcerated students are held to the same standards as traditional Wesleyan students,” says Cislo.

Applicants (who must have a high school diploma or GED) must go through several assessments and an interview before being considered for admission. Students don't always get admitted the first time they apply.

Corrections officials require prospective students to be free of disciplinary measures for at least a year before admission. Applicants must be at least two years from “coming home” (release), so they can accumulate credits.

“Curious, Engaged, and Want to Learn”

Courses are taught largely by tenured Wesleyan and MCC faculty, as well as several adjuncts. Faculty comes in once a week for a three‐hour class. A study hall supports the class. Students enroll in two classes per semester. Cislo, who, in addition to being CPE's program manager, is one of the study hall supervisors. “I learn an extraordinary amount from our students,” she says.

Students are “curious, engaged, and want to learn,” she notes, “They have a hunger for knowledge and communication, not only for their own sake but for society in general.”

In addition to the classes, CPE provides workshops on skill building, non‐credit remedial classes, discussion groups, and lectures from visiting professors. Students who have math skills will often tutor those lacking them. While enrolled, students can access writing help, tutoring, and laptops. They also have cached access to research tools and can order books from the schools' libraries.

For CPE staff and faculty, it's important that students “are students first.” Unless a student reveals her crime to Cislo or the faculty member, neither knows why the student is incarcerated. “I know there are students in our program with murder convictions, with drug convictions,” she says. But “most students don't choose to divulge that.”

Faculty who teach in the program find it's an “extraordinarily rewarding pedagogical experience.” CPE offers a wide variety of courses, although Cislo acknowledged there's a heavy concentration from the humanities and social sciences. The most popular courses are philosophy, American studies, history, English, and social studies. To satisfy degree requirements, CPE has offered a class in the hard sciences on the environmental consequences of natural disasters.

During the program's history, CPE has offered approximately 150 classes to some 150 students who range in age from their 20s to their early 60s. Half come from three cities in Connecticut: New Haven, Hartford, and Bridgeport.

Housed in the Jewett Center for Community Partnerships, the “civic engagement hub” of the Wesleyan campus, CPE has four staff including Cislo. Originally from the east coast, she did reproductive justice work in California, prior to joining CPE. Cislo earned her BA from Reed College OR. She's also worked in nontraditional education settings including with currently and formerly incarcerated people.

Foundations and private donations fund CPE along with some Pell grants, although most students don't receive federal monies. Funding covers staff and faculty salaries, as well as administrative costs. CPE purchases students' supplies from laptops to pens and pencils. Students pay nothing out of pocket.

Although the program is “sentence blind” in terms of admissions, “some [of the students] may be serving long sentences,” says Cislo. One quarter of those who are released are “coming home in the middle of their degree.”

“We work to stay in touch with them,” she says. “We provide academic advising and support.”

CPE currently has three objectives. The first is developing a bachelor's degree of liberal studies. “We're rolling it out, getting people matriculated [and] figuring out what the first year looks like,” says Cislo.

The second objective is building out re‐entry support services including building community partners for re‐entry services. Working through the coronavirus is the third objective, as Cislo and her colleagues try to figure out how to continue the program in the midst of the pandemic.

To learn more about The Center for Prison Education and its work in Connecticut's prisons, please visit the center's website: https://www.wesleyan.edu/cpe/.