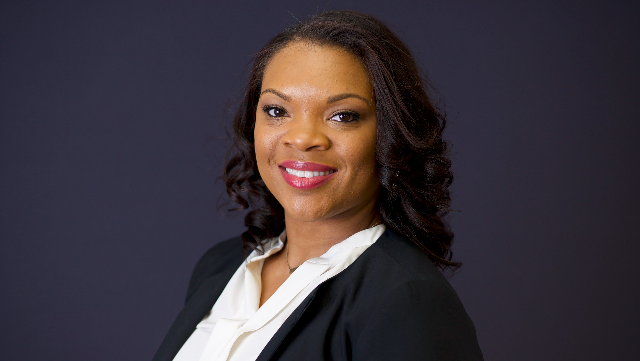 Research that impacts one of her communities fuels Dr. Tomika L. Ferguson, interim assistant dean for student affairs and inclusive excellence and assistant professor and co‐coordinator of the Ed.D. program and the department of Educational Leadership, at Virginia Commonwealth University School of Education.

When Ferguson was a Division I student‐athlete at the University of Virginia, she craved sisterhood. As she pursued her Ph.D. in higher education at Indiana University, she centered her research on Black female student‐athletes and created the Black Athlete Sister Circle (BASC).

“One of the things about the BASC is to enhance opportunities for success for Black women athletes,” says Ferguson. “It's important for me to help… so that they can resist the negative impacts of only seeing themselves through one lens.”

“This is a space for them to come and talk about it through a race and gendered lens where no one is judging them and other people are able to say, ‘Me too’ and affirm them,” Ferguson says.

Ferguson came from the small town of Appomattox, Va. and joined Virginia's track and field team as a walk‐on. After showing incredible prowess in the triple jump—becoming an All‐American and setting school records—she ultimately earned an athletic scholarship.

“Being a student‐athlete is where I found the best parts of myself,” says Ferguson. “It's where I gained my confidence. It informs my research because I am exhausted of hearing negative stereotypes, negative experiences and negative thoughts and perceptions of Black women in athletic spaces.”

“There are enough lived experiences of Black women and girls that debunk all of those myths,” she continues. “In my research, I'm able to use… my lens as a Black woman and former student‐athlete to create counternarratives and anti‐deficit frames of understanding.”

The purpose of BASC is to assist Black female student‐athletes in navigating the world of college sports, while finding balance in their academic, social and athletic experiences. The program touches on themes such as campus climate, identity, developing positive relationships and career development.

“Over the last year, I spent some time doing research on the experiences of Black girls in rural communities who are high school athletes,” says Ferguson. “Whatever decisions I make, I want to make sure that it is informed by research and the voices of those women living those experiences.”

“We don't want them to silo their lives or only talk about one part of who they are,” Ferguson says. “The goal is for them to unravel everything around people that will have some, not all, shared experiences.

“They are encouraged to move toward a healthy coping strategy to deal with it in a way that moves them forward,” she adds.

At present, BASC is based at Virginia Commonwealth and three other institutions, all in Virginia: William & Mary, James Madison University and Old Dominion University. Prior to COVID‐19, there were monthly in‐person meetings and group activities. The increased use of virtual space has created more networking.

“I have three mentees who are former student‐athletes, who either work at or are a graduate of those three institutions,” says Ferguson. “I trained my mentees to be facilitators. Now, they each will have meetings four out of the six months that we meet, where they will lead the virtual meetings for those individual campuses. In September and in April when we close out with the last meeting, we all get on together so we're building networking opportunities.”

“Each campus gets to build its own community, and then we come together and still have shared experiences,” she adds.

Long‐term, Ferguson wants to focus on mentorship and networking across sports and across the country. Over the next three to five years, she wants to turn BASC into a nonprofit organization that not only supports the participants during college (at all divisions and levels), but also helps them transition to life after graduation.

“I want it to be this opportunity for Black women, who have benefitted from sport, to be able to operationalize the use of sports as a medium of empowerment,” Ferguson says. “It propels us forward in our careers and who we become as individuals.”

Ferguson engages in conversations with professors at Virginia Commonwealth and other institutions about creating inclusive and equitable classroom spaces for student‐athletes. Inclusive spaces help them to feel supported so they can set goals and pursue them.

Her role of assistant dean entails directly overseeing the student services office, which provides support for students pursuing careers in K–12 education, either as teachers or counselors. She also oversees efforts around diversity, equity, inclusion and anti‐racist leadership for students to create a more inclusive climate within VCU's School of Education.

As co‐coordinator of the Ed.D. program, Ferguson provides structure and student support through programming and working with faculty to make sure they are supporting the classroom spaces for the over 100 Ed.D. students. She leads the higher education leadership cohort.

“I teach courses to our first‐year and third‐year doctoral students,” Ferguson says. “That means setting and chairing capstones, which are dissertations and practice for our third‐year Ed.D. students and serving as an instructor for students in their first year.”

Ferguson enjoys working with the driven Ed.D. students, individuals who are already engaged in educational leadership work and using what they're learning in the classroom to make real, practical changes in the lives of those they serve. She loves doing the work of teaching them how to be better leaders and critically reflective practitioners. It calls to her strengths.

“The hallmark of my advocacy has been through mentorship,” says Ferguson. “One of the themes of BASC is mentorship. I've embedded it within the program.”

“Also, when I use the research of BASC or I tell the story of BASC, I feel those are the moments I can advocate,” she adds. “Presence does matter.”