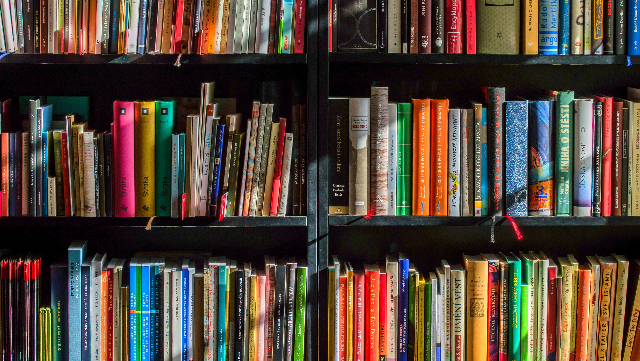 It was a “formative” experience in the United States educational system that, in a roundabout way, led AiLun Ku to her current position. Ku, who emigrated with her family from Taiwan when she was 10 years old, is now the current president and CEO of the Opportunity Network (OppNet).

The New York‐based nonprofit aims to assist students from underrepresented communities “navigate and thrive in the college landscape and professional world.” Ku joined OppNet in 2011 as its first director of programs; she was promoted to lead it earlier this year.

Even at a young age, Ku was conscious of differences in the classroom. She and her sister were placed in the same program as their peers with special needs. “The education system was not ready to receive me and my sister,” she said. Her teachers weren't prepared to work with English‐language learners.

Ku questioned “why others got something I don't.” But “we didn't know our rights as learners and just went along with it.” Despite those challenges, Ku “forged ahead.” She graduated—one of only 96 students in her graduating class in suburban New Jersey—with a strong GPA and other “shiny, glorious things” due to her high school leadership roles.

Enrolling at the “ginormous” New York University (NYU) where Ku sought and received anonymity, the first‐generation student had a “fantastic” experience. After she graduated from college, she worked as a legal secretary for Bryan Stevenson as well as interned at the NYU Law School Public Interest Law Center.

Working at the Research Center for Leadership in Action as a program manager she later took a job with the Equal Justice Initiative in Montgomery, Alabama. Ku had considered attending law school but, seeing the environment in real‐time, realized she would not thrive there.

Admitting her secret superpower was “taking messy things and putting them in order,” Ku earned a master's degree in public administration from NYU's Robert F. Wagner School of Public Service. There she was able to marry her interests in social justice and education.

Becoming the director of enrollment management at Wagner, Ku realized that her admissions work was “too far down the pipeline” to solve diversity inequities. So she joined OppNet.

Ku has also received a Senior Leaders Fellowship from NYU Steinhardt's School of Culture, Education and Human Development and its Emerging Leaders Lab. She was named an MIT Media Lab Director's Fellow in 2019.

The Fellows are immersed in the four pillars of the proprietary Career Fluency curriculum. The pillars are college access, transition and success; career awareness and exposure; professional and workplace skills; and network and social capital.

The college access, transition and success pillar enrolls students in workshops to ensure they find the right college fit. The career awareness and exposure pillar gives students a view of actual careers and the training needed.

In the professional and workplace skills pillar, students learn how to navigate professional settings. In pillar four, networks and social capital, students are trained to “leverage, activate and build strong networks.”

The intensive, six‐year Fellows program takes students who are 15 years old and in the 10th grade and works with them through college graduation. Students generally have an 85% academic average. “Fellows are those who have the aptitude to thrive if the academic resources match up to their ability,” she said. “They have the talent and skill sets, but they need access.”

The more than 1,000 Fellows come from one of the five boroughs of New York. Each year, 250 high schools are selected from 50% of the public high schools. To begin the selection process for that year's cohort of students, OppNet downloads data from the New York Department of Education; guidance counselors nominate the students. Applicants must fill out a written, online application.

“It can be argued that OppNet is serving the highest achieving students, and they don't really need us,” said Ku. “But not all schools are even academically.”

“We get 600 applications every year for 160 spots,” said Ku. Priority is given to students from underresourced schools, and acceptance is based on financial need, academic aptitude and ethnicity. Students must also be willing to commit to being in a program for six years.

Attrition is low because “we want students to choose us,” she said. Some 60% of the Fellows are women; 1% are nonbinary.

Test preparation is the only academic piece of the program. The cohort‐based learning starts during the summer between a student's sophomore and junior years with a two‐week summer institute onboarding activity. Once school starts, students are seen once a week after school for two hours until it's time for test prep. Students then meet weekly for three hours.

In 12th grade, students receive 10 to 12 hours of individualized guidance to select a college and to start considering career options. OppNet brings “career to the forefront of the conversation” and helps students “make college decisions with a career lens.”

“These students are attending college at 135 campuses across the United States,” said Ku. “These people are represented in the spaces they're meant to occupy.”

While in college, OppNet staff makes check‐in calls with students over summer and winter breaks and hosts, in nonpandemic years, in‐person programs and networking events over winter and summer breaks. Students do five summers of internships with placements at various corporations and nonprofits.

With its capacity‐building Career Fluency Partnerships, OppNet brings its curriculum and tools to “homegrown, local” public high school and community‐based organizations. It works with 15,000 students at some 50 existing youth‐serving organizations and schools.

Over the past 17 years, OppNet has developed individual and institutional relationships with companies, supporters and volunteers. Some are based in New York City; others are scattered throughout the country. OppNet is free to students; the organization hosts fundraisers and has developed relationships with regional and national foundations and other funders. “There are funders all over the country that believe in our mission,” said Ku.

With the pandemic curtailing in‐person activities and learning opportunities, OppNet secured seed funding to launch UninterruptED: Unstoppable Learning, a “virtual open access platform” that will deliver the Career Fluency curriculum and enable students to continue their momentum. The platform helps “mitigate” the learning disruption that the closure of schools has brought about.