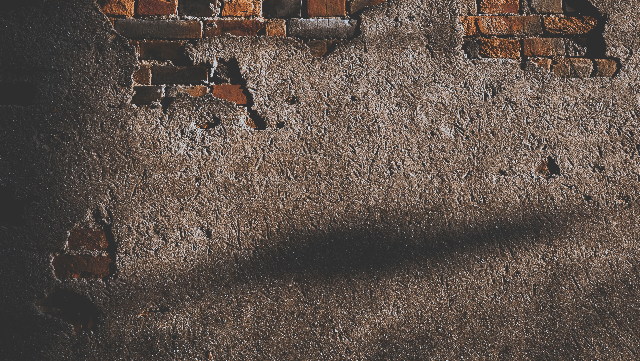 I've hit the wall again. During the months and months of COVID‐19 pandemic, I've lost count of how many times. Life is manageable until it isn't.

Particular hits, or maybe crashes is more accurate, stand out. There was the breakdown over finishing my book on apocalypses during what feels like an apocalypse. There were all the instances in this months‐long isolation when I was sure that I couldn't do this anymore. This, of course, stood for anything and everything. I felt like I couldn't carry on until I did.

We are all stuck in an endless crisis, which makes even the small things feel like crises too. Work emails piling up sent me into an anxious spiral. An unexpected task made me cry. Approaching deadlines that I knew I could meet meant I didn't sleep. Navigating a frustrating learning management system made me growl. Emailing yet another teacher about yet another missing assignment made me want to lie on the floor. I lived in fear that I would remain perpetually behind. That wall, built of colliding professional and family obligations, was one I hit often.

A Different Kind of Wall

But hitting the wall for what feels like the 100th time was not as dramatic as before. It was quieter, stealthier. I didn't realize I was moving toward it until I slammed against it. The signs were there: overwhelming exhaustion, lack of joy, sleepless nights, irritability, the desire to just give up, the feeling that sitting on the couch was an accomplishment, the need for everyone to leave me alone, and the frantic concern that they would all leave or die.

This wall was suddenly there in front of me. It was a slow‐moving crash that I didn't see coming.

Why Couldn't I See it?

The reasons aren't straightforward. Months and months of being stuck at home meant my days were routine, monotonous even. Each day brought a relentless sameness that I began to dread. The world remained a dumpster fire. The number of COVID‐19 deaths climbed to over 200,000. Tragedy and death were so common. A dear friend of the family died of COVID‐related complications, and we didn't get to say goodbye. I couldn't help but catalog the horrors as others acted as if the pandemic had somehow disappeared despite all of the evidence to the contrary.

I watched what was happening around me, concerned, furious and heartbroken. But one can only hold onto strong emotions for so long before their presence no longer registers, or they leave us completely. I began to feel numbed. Not just numbed but numb, unable to react at all.

The wall was in my path. I creeped up on it. Of course, I hit it. How could I not?

Unfortunately, this wall was one that I'm familiar with and desperately try to avoid. The particular wall was depression, a disorder that I can never quite escape. It's part of a cycle that I go through again and again and again. I have bipolar disorder II, and major depressive episodes—those lasting longer than a couple of weeks—is one of its defining traits. So, depression comes and goes for me. With medication that I take daily, I can mostly manage it. My depression is less intense and doesn't last as long. But I cannot keep depression at bay, even as I wish I could.

I also have an anxiety disorder, and we live in anxiety‐inducing times. There's too much to be anxious about, so my anxiety—which often feels and is irrational—seems like a rational, necessary response to what's happening right now. And yet, I never know what my brain will latch onto, but it does latch onto something, small or big. It spins up. I try not to spiral. I try not to panic. Sometimes, I stave off the panic attacks. Other times, I don't.

Anxiety and depression are a pairing that can make it hard for me to function in ordinary times. They are the rhythms of my life. They shift from lead vocals to background singers to a persistent drum beat that I can't help but focus on. Just because I'm used to them doesn't make them easier to live with nor does it mean that I always recognize them when they appear.

Since the pandemic began, I've had periods of depression, but they were episodic and fleeting. Here for a day or a few days and then gone. Neither depression nor my overwhelming anxiety are surprising reactions to the chaos surrounding us.

Legitimate reaction or not, my depression was an impenetrable wall. When I hit it, it didn't crumble or break. I couldn't scramble through an opening. This wall was as hard as granite. There were no cracks. I couldn't help but pummel myself against it.

My depression stretched on for days and then weeks. This wall blocked my view of the future, and I barely managed to make it through the day. Being depressed during a pandemic seemed more impossible than usual. I stopped looking for the cracks.

Then, depression, this granite wall I had hit, seemed insignificant. Folks were suffering and dying around me, and I couldn't get off the couch? But it was significant. It was a struggle, another round of depression that I didn't know if I could make it through until I did. Until I found an opening just big enough for me to climb through. A wall that was solid became less so. I just kept looking for the cracks until they appeared. I was able to climb through. Eventually.